The Lufthansa Group Airlines – Austrian Airlines, Brussels Airlines, Germanwings, Eurowings, Lufthansa and SWISS – have announced the new winter schedule. This winter, via their hubs in Frankfurt, Munich, Zurich, Vienna and Brussels, as well as via many point-to-point routes, the Lufthansa Group Airlines will serve 261 destinations in 101 countries. In cooperation with 30 partner airlines, more than 18,000 codeshare flights will round off the respective flight offering, giving passengers access to an almost global network. The winter schedules of the individual Group airlines will apply from Sunday 25 October 2015 until Saturday 27 March 2016.

From today, the new price concept on domestic German and European routes will also apply to Austrian Airlines and Lufthansa. In Economy Class, travellers can individually choose between the three graded fare options “Light”, “Classic” and “Flex”. These options vary mainly with regard to the possibility of making advance seat reservations, re-booking or cancelling flights and permitted free luggage allowances. For all options, the Lufthansa Group Airlines still permits one free item of hand baggage. Passengers are also offered free snacks and drinks on board, fixed seat allocation at the check-in counter as well as bonuses for “award miles”, “status miles” and “select miles”.

The most important news from the Lufthansa Group Airlines:

This winter, Lufthansa will serve 197 destinations and operate a total of 9,900 flights per week. With the introduction of the winter schedule, Lufthansa is expanding its new intercontinental flight offering. Tampa, Florida, a new destination since 25 September, is the first of several new holiday destinations due to be added to the Lufthansa route network from Frankfurt in the coming months.

From the end of October, Nairobi, Kenya, will be included in the Lufthansa flight schedule, and at the beginning of December, Cancun, Mexico, served mainly by charter flights, Malé, Maldives, and Mauritius will follow, with Panama City rounding off the new timetable in March 2016.

This winter, for the first time, Lufthansa will operate its flagship on the Frankfurt-Hong Kong route. Services from Luxembourg will also be expanded, and with 28 weekly flights from Frankfurt and 24 flights from Munich, the Benelux countries will be served much more frequently than before.

This winter, Cape Town will once again be connected with the Munich hub. From 25 October, the Airbus A340-600 in a four-class configuration will take off daily for South Africa. On 25 October, the new connection between Munich and Fuerteventura will be launched; on 31 October Tenerife will follow. From 19 December 2015, Lufthansa will take off every Saturday to Kittilä, 170km north of the Arctic Circle. The nearby skiing resort of Levi is the largest winter sports centre in Lapland.

The new Eurowings will take off from its new Austrian base in Vienna, from where it will operate nonstop services to Barcelona, Palma de Mallorca and London. In November 2015, the airline will launch long-haul flights from Cologne/Bonn Airport with the Airbus A330-200 aircraft. The first of 6 intercontinental destinations will be Varaderoin Cuba. Further destinations will be Phuket and Bangkok in Thailand, Dubai as well as Puerto Plata and Punta Cana in the Dominican Republic.

This winter, the new SWISS flagship, the Boeing 777-300ER, will enter scheduled service on routes from Zurich. From January 2016, the new long-haul aircraft will be deployed on the Zurich-New York route. With the introduction of the winter timetable, SWISS will boost frequencies on its routes to Sao Paulo (Brazil) and Miami (Florida), and will also expand its services from Geneva to destinations in Russia and Portugal in order to meet seasonal demand. In total, SWISS will thus fly to 105 destinations in 49 countries this winter.

In the 2015/2016 winter season, Austrian Airlines will offer its passengers a wide range of flights to as many as 130 destinations in 59 countries. The airline will focus on tourist destinations such as Miami, Florida, which will be served 5 times a week. From October, it will also offer flights to Mauritius and Colombo (Sri Lanka), and from November, to Marrakesh, Morocco.

From 26 October, the Ghanaian capital Accra will be served 4 times a week by Brussels Airlines. The flight schedule offers ideal connections to Germany, France, the UK, Italy, Austria, Switzerland, Scandinavia and the USA.

This winter, Brussels Airlines is also expanding its European flight schedule. The airline will fly to Bremen 5 times a week, while Zagreb (6 flights/week) and Billund (12 flights/week) will be served for the first time. The Canary Islands Tenerife and Gran Canaria will be connected twice a week with Brussels Airport. As well as introducing new destinations, Brussels Airlines will increase frequencies on existing routes. During the winter months, more flights will therefore be available to Monrovia, Liberia, Freetown, Sierra Leone, Lomé, Togo, Cotonou, Beni, and Ouagadougou, Burkina Faso.

Kilos of Kindness at Mövenpick 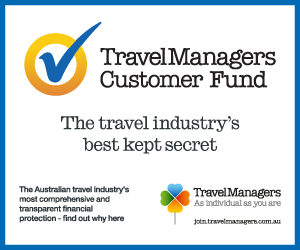