The Small Maldives Co. teams up with the Butter Group to launch all-new 1OAK Maldives

The Small Maldives Island Co.  has partnered with the New York-based hospitality group, Butter Group, to launch 1OAK Finolhu Blhu and 1OAK Lounge at Amilla in Maldives in 2017. With established venues in New York City, Los Angeles, Las Vegas and internationally, Butter Group will introduce a series of its highly anticipated events throughout the partnership.

Butter Group will bring its boasting roster of world-class DJs, performers, captivating interiors, stellar standard of service and sophisticated audience to this collaboration.

“We are thrilled to be teaming up The Small Maldives Island Co. for this opportunity to introduce our highly successfully events to their nightlife scene. We pride ourselves on pushing the envelope and creating one of a kind experiences” says Richie Akiva, Founder of Butter Group.

The stunning 1OAK Lounge at Amilla will be situated in the breathtaking signature restaurant Feeling Koi. The stunning sunset bar on the rooftop will feature a selection of signature cocktails crafted to suit the tropical setting; over 20 different varieties of premium sakes; and a curated list of over 300 wines from Amilla’s Cellar Door wine collection. Downstairs, the inviting lounge bar will be an exciting, intimate destination for dessert, post-dinner drinks and sounds by live DJs. 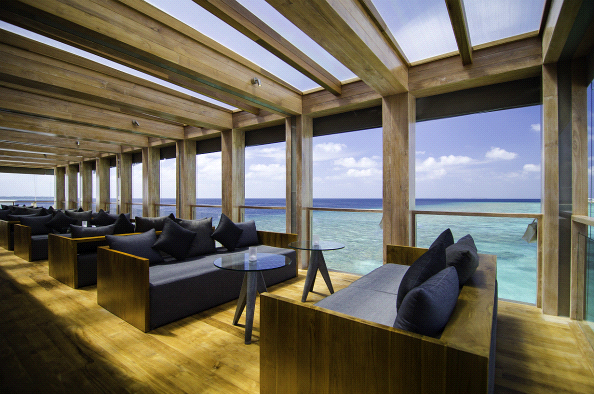