Seabourn Encore welcomed guests, including LATTE, on board for a luncheon during her first visit to Sydney. The event celebrated the fact that Seabourn Encore is the youngest of the Seabourn fleet to visit the Harbour City.

Carrying just 600 guests, Seabourn Encore was officially christened in Singapore only three weeks ago. Her arrival in Sydney on 1 February came on the first day of Sydney’s busiest cruise month, with a total of 26 ships scheduled to make 45 calls to Sydney across the 28 days of February, including 15 days where two or more ships will visit.

The lunch guests were offered signature dishes by Seabourn’s executive chef Kurt Timmermans. This menu was comprised of smoked salmon and Ossetra Malossol caviar to start and then moved on to Jerusalem artichoke and cauliflower crème en croute, followed by the choice of either sweet butter-poached Nova Scotia lobster or beef tenderloin and pan-seared foie gras and ended with illanka transparency (a sumptuous chocolate mousse) for dessert. 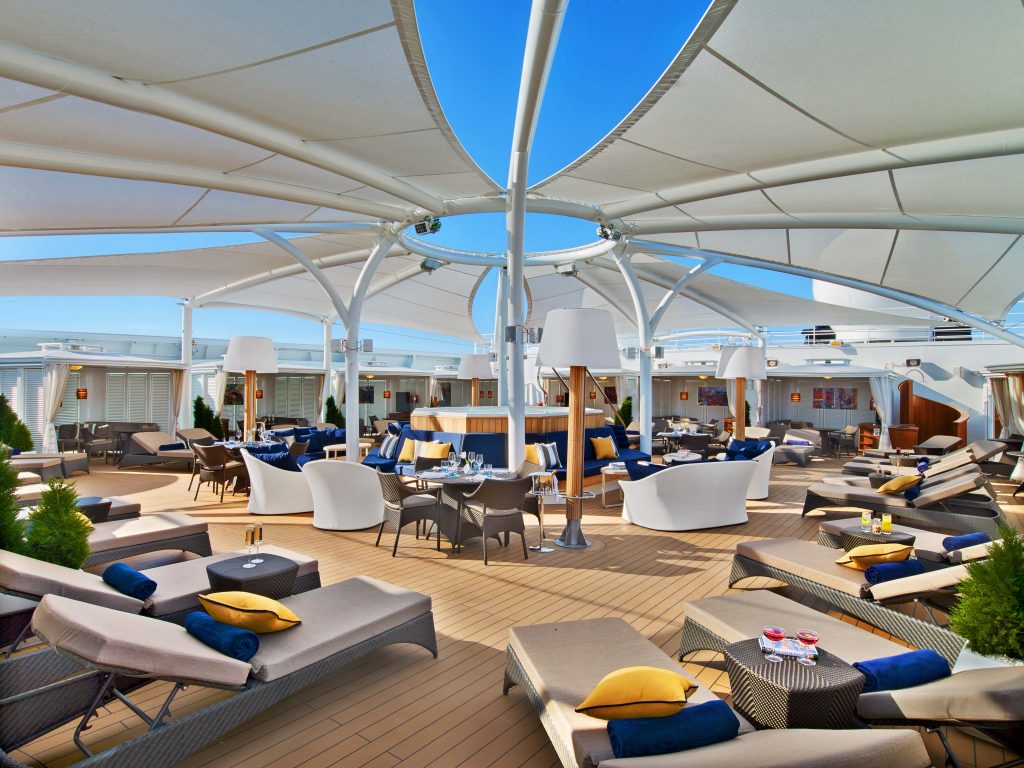 The newest addition to the cruise line, Seabourn Encore features all-suite accommodation, award-winning cuisine and an open-bar policy throughout the ship. Designed by Adam D. Tihany to feel like a luxury yacht, her modern design elements and innovations include The Retreat with private cabanas, a production show created exclusively for Seabourn by acclaimed lyricist Tim Rice, a wellness programme by Dr Andrew Weil and The Grill restaurant by three-Michelin-star chef Thomas Keller.

During her two-month season down under, Seabourn Encore will offer two 16-day itineraries between Sydney and Auckland and a 16-day voyage from Sydney to Bali via Queensland coast. She sailed from Sydney on 2 February on her maiden 16-day cruise to New Zealand.

Seabourn Encore is the fourth ultra-luxury vessel to join the Seabourn fleet, with sister ship Seabourn Ovation scheduled to launch next year. After spending her first summer cruising local waters, the ship will return for an encore season, offering five 16-day voyages in the region between November 2017 and February 2018.