From the locally inspired dishes and cocktails to the world-class vibrancy of Ward Village, thanks to this new addition, Hawaii’s dining and entertaining scene just reached a new level of sophistication.

A new Nobu has opened its doors in Honolulu and is quickly becoming one of Hawaii’s most desirable new dining locales. Located on the ground floor of the James K. M. Cheng-designed residential tower, Waiea, the new restaurant is the Honolulu flagship of Michelin-starred chef Nobuyuki Matsuhisa. 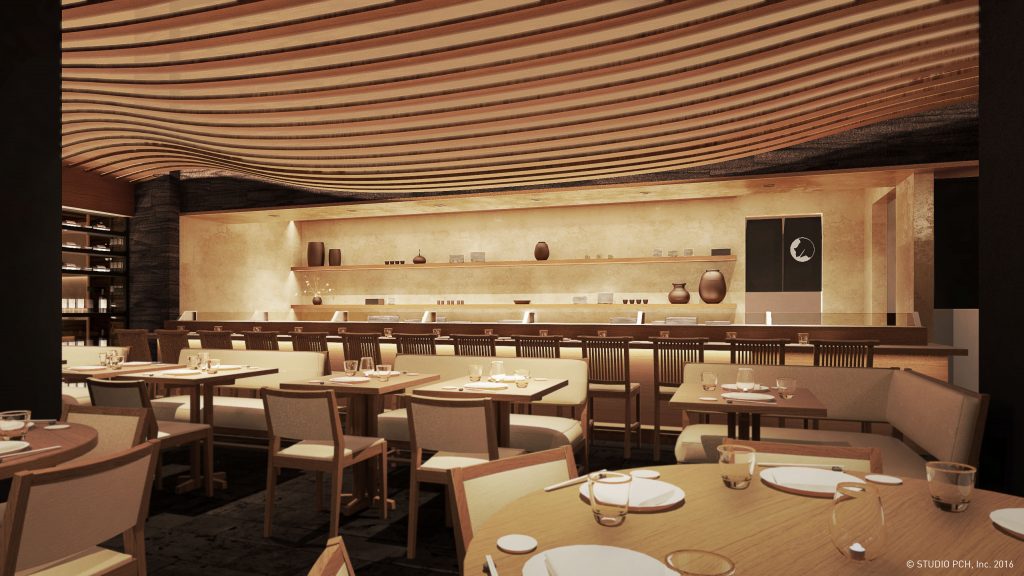 Known for its excellence around the world, Nobu continues to attract fans worldwide for its enduring atmosphere and continuous reinvention of genre-defining cuisine. With a premier position in the cultural heart of Honoulu and vibrant district of Ward Village, this new restaurant will provide the ultimate Nobu experience. In addition to welcoming international visitors, those lucky enough to call Waiea home have the ultimate amenity of being able to call down for Michelin-star sashimi creations whenever their hearts desire.

With the restaurant’s official opening, Ward Village is continuing to introduce a new generation of internationally acclaimed dining, entertainment and services to Honolulu. To add to the global experience present in this vibrant district, Nobu Honolulu is also ushering in an exclusive new tapas menu and a Teppan Room. As one of the few Nobu Teppan rooms around the world, this private dining experience invites guests to gather around the teppan grill to savor the visual artistry of world-renowned chefs and flavours of Nobu-style teppanyaki.

ASIA DMC to unveil “Spirit of Travel” at ITB Berlin

Oct 25, 2021
Prev Next 1 of 1,887
Tweets by LATTEluxurynews
Subscribe to the LATTE enews
Enquiries