The ‘Real America’ States of Montana, North Dakota, South Dakota and Wyoming’s AUNZ Sales Mission rolled into New Zealand last week for a busy round of trade and media appointments in Auckland and then on to Melbourne, Brisbane, Sunshine Coast and Sydney over the course of a very successful 12 days. The team hosted functions for industry and media culminating in its Manly Wharf Bar event in Sydney on Tuesday night, attended by LATTE. These four states have been coming to Australia and New Zealand to market their region since 2009 and holding their own sales missions every two years. The region is represented in Australia by Caroline Davidson of Davidson Communications and her team, as account managers for the global marketing company Rocky Mountain International, based in Wyoming. Davidson won the ASTW Award for best representation of a Tourism Board or Product for her work with the region in 2016. More Australians and New Zealanders are visiting the region than ever before, with more interest and product available from trade. Highlights for visitors are the national parks like Yellowstone, Glacier, Theodore Roosevelt and Badlands National Parks, the authentic Western and Native American culture and towns, ranches, rodeos and the unique wildlife.

European indulgence was the order of the day at Theatre Royale’s Restaurant Hubert when the Eurail team rolled into Sydney to share its latest product developments. Head chef Dan Pepperell took guests on a journey through Europe with a three-course feast, paired with wines from Spain, France and Italy. Accompanying the superb Murray River cod and other delicacies was the announcement that Eurostar, between UK and France, is joining the Eurail network, covering 28 countries and thousands of destinations. The team also provided insight into the trends surrounding rail travel in Europe, with 83% of Australian travellers, of all ages, saying they’d gladly take a gap year, the most popular variant of which (46% of those surveyed) was the chance to explore Europe’s great cities at a leisurely pace.

It was a historic evening at the Sydney Opera House when the Vienna Boys’ Choir took to the stage alongside Gondwana Indigenous Children’s Choir (GICC) and Sydney Children’s Choir in Songs of My Country. The cultural exchange and musical celebration has long been the passion project of Astrid Mulholland-Licht, Director Australia, Austrian National Tourist Office, who worked closely with Lyn Williams OAM, Founder & Artistic Director, Gondwana Choirs, to first bring GICC to Vienna in May to meet and perform with the celebrated Vienna Boys’ Choir, and then have the two groups rejoin on the stage of an Australian icon. It was an unparalleled opportunity to shine a light on Austria’s Imperial tradition and Vienna’s well-founded reputation as the World’s Capital of Music, as well as the extraordinary cultural heritage and stories dating back thousands of years that define Indigenous Australia. Following individual performances from each choir (including a stirring performance of ‘Blue Danube’, celebrating its 150th anniversary this year), the groups joined on stage for the world premiere performance of Boori Guman, based on the Gimuy Walubara Yidinji story of first taking fire from Gudju Gudju (the Rainbow Serpent), composed by Owen Elsley with text by Gudju Gudju Fourmile. The choirs will now travel to Cairns to perform the new commission and spend time on country with Gudju Gudju. 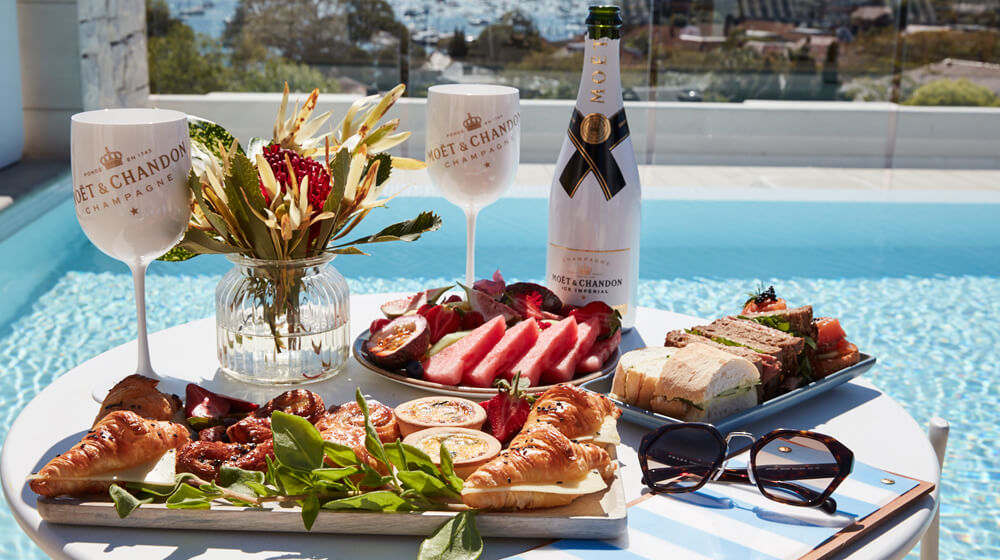 The LATTE team got a taste of the ultimate bayside brunch on the top floor of InterContinental Sydney Double Bay, sure to be one of the most luxurious destinations for chilling, celebrating and savouring summer. Offered from 11am every Saturday, Rooftop Brunch gives visitors and guests alike the opportunity to enjoy a gourmet buffet brunch crafted by Executive Chef Alex Vilches along with glass of Moët Ice Impérial for $59. The elegant brunch includes the likes of pink pepper-cured salmon and cucumber sandwiches, fruit and berries and Danish pastries. The relaxed poolside bar and lounge of The Rooftop is open daily from 11am until one hour past sunset throughout the week, offering picture-perfect vistas of Double Bay and sunset over Sydney Harbour. 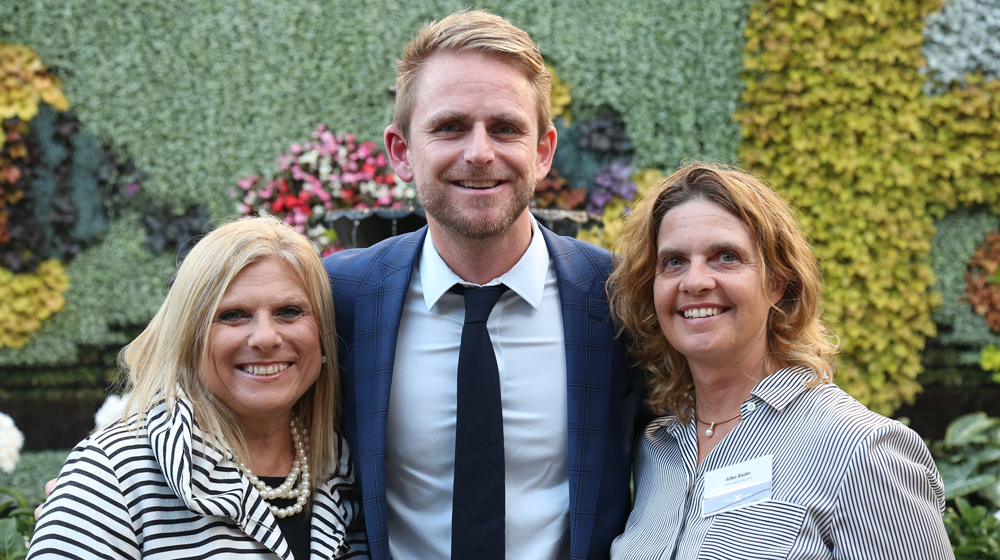 Celebrity Cruises selected a fitting spot – The Calyx, at the heart of Sydney’s Royal Botanic Garden – to present Celebrity Edge, the cruise line’s next vessel with an emphasis on outdoor living. A who’s-who of the design world was assembled to bring the ambitious vision to life, including Nate Berkus (Edge Design Ambassador), Kelly Hoppen MBE (accommodation and The Retreat), Tom Wright of WKK (outdoor public spaces), Scott Butler, AIA (architectural design for Eden) and Patricia Urquiola (interior design for Eden). The Iconic Suites will be the most prestigious on board, featuring panoramic views from above the bridge, starting from 232 square metres. The Retreat is set to be a sanctuary exclusively for guests in Suite Class, with a personal concierge, private dining and a country club vibe at The Retreat Sundeck, Pool and Pool Bar. Magic Carpet will be the world’s first cantilevered, ‘floating’ platform suspended at 13 storeys above sea level, a space to enjoy drinks and live music performances, while Eden will be a venue transforming from day to night, with a lush ambience. During the evening, Celebrity also announced that it will now be performing legal same-sex marriage ceremonies in international waters. 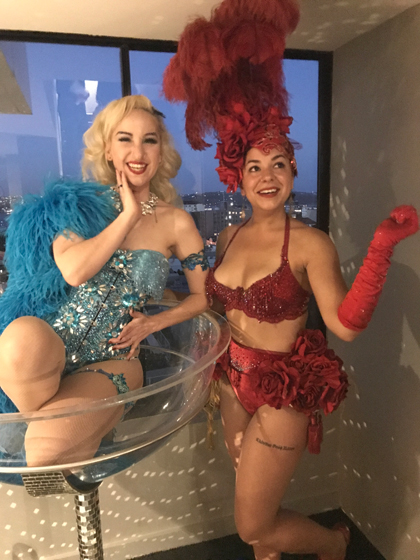 The Lancemore Group’s fifth boutique hotel, The Larmont Sydney, has been anticipated ever since the purchase of 14 Kings Cross Road in 2015. Guests of the opening on 12 October, including LATTE, could easily see why the hotel was eager to open its doors just days after the builders applied their final touches; this 103-room city escape was described by Neale Whitaker as sexy, modern and soulful. The event began with canapés and a cocktail hour. After an address by Group CEO, Julian Clark, guests made their way up to the 12th floor, and were greeted by burlesque-style giggles (pictured) and more champagne, before touring the hotel’s Signature Suites. Decorated with artwork by Melburnian Jane Hall, the harbour- and CBD-view suites were boudoir-inspired visions. The evening concluded with a congratulatory cheers and taste of Dom Pérignon’s 2006 Vintage. 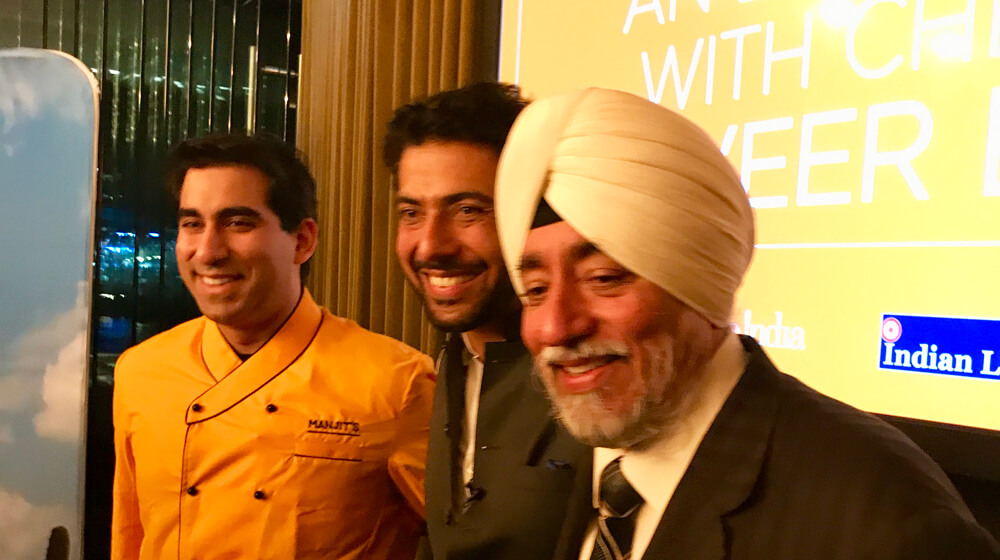 Is India the next foodie hotspot?
Wednesday 27 September

That’s certainly what Indian celebrity chef and restaurateur, Ranveer Brar, believes. He shared his passion for India’s variety of culinary cultures and traditions in a unique evening of conversation and food at Manjit’s at the Wharf in Sydney, presented by India Tourism Sydney and Indian Link Media Group. Ranveer’s recommendations for a gourmet tour ranged from the richly scented bylanes of Old Delhi to a chilli farm in Rajasthan, from seeing the Dabbawallahs lunchbox delivery in action in Mumbai to sampling the antibacterial properties of banana leaf in the south, arranged according to Ayurvedic principles.

Luxury glamping project in the pipeline for Queensland island

Feb 25, 2021
Prev Next 1 of 1,702
Tweets by LATTEluxurynews
Subscribe to the LATTE enews
Enquiries