Since SriLankan Airlines introduced its daily Melbourne–Colombo service, beautiful and serene Sri Lanka has become even more desirable. UL605 leaves Melbourne at the civilised hour of 16:55 and arrives in the Sri Lankan capital at 22:15 the same day.

My suggestion is to spend the first two nights at the just-opened Shangri-La Hotel, Colombo (they pick you up, land-side, on arrival in a purple Jaguar; – a stylish welcome). There is, in fact, lots of colour around: this two-month-old luxury hotel might have colourless Lasvit chandeliers, many in lotus shapes, but artworks are big and bold, and any event in the ballroom seems to use as many colours of the rainbow as possible. Advantages of staying here are numerous: the LifeFitness gym is 24/7 (useful after that flight); The CHI Spa works with Kerstin Florian; there is a lovely outdoor pool with sensational sunset views and the Wi-Fi is really really good.

The 32-floor building will eventually be part of a mammoth retail, offices and residence towers complex, representing a Kuok investment of some US$500 million. It soars up behind the famous Galle Face Green sculpture of legendary former Prime Minister Bandaranaike (who rejoiced in the forenames Solomon West Ridgeway Dias), a couple of hundred yards south of the former InterCon, now the Kingsbury, and the Galadari, once Le Méridien. For old times’ sake, I walked along Galle Face Drive to the Galle Face Hotel, passing the same traders and local picnickers who have been here since time immemorial; goods still include elaborate paper kites, but small stalls now have solar panels.

Shangri-La has a growing brand awareness, and the hotel’s 500 rooms are doing good business (choose a room with access to the Horizon Club – I personally like corner suites in the -23 series, for views west out to sea and south along Galle Face Green). The hotel, under GM Tim Wright, is a haven for those who want modern comforts. Business comes from banks and all the other entities that make a capital city grow. In addition, one year ago – after Tim Wright arrived here – ‘they’ started making sandcastles out at sea in the Indian Ocean. And just as one load of sand followed another and another to create what is going to be bigger than Palm Jumeirah off Dubai.

In under 51 weeks, an enormous area is being built up out of the sea. This is part of what billboards says is a US$15 billion investment, coming from China Communications Construction Company under its chairman, Liu Qitao. Out there in the ocean – or now on top of it – three shifts toil 24 hours a day, building what will be one of the ends of China’s ‘One Belt, One Road’ initiative (it will have hotels, malls, theme parks, hospitals, residences and offices). Fine, if there are all those buildings coming up on the new island, it is certain that the thousands of people living and/or working there will flock to best-in-town when it comes to dining.

Colombo’s Ministry of Crab restaurant in the Dutch Hospital Shopping Precinct has topped the popularity stakes but already, since the opening of Shangri-La Hotel, Colombo, its restaurants, all designed by Ryoichi Niwata, have become sell-outs. Obviously, being Shangri-La, there is Shang Palace for Chinese; buffets at the superb all-day Table One are memorable (try the grill’s prawns, with a make-your-own salad), and if you are hungry for home, Capital Bar & Grill serves sensationally juicy and flavourful steaks from the Greenham family’s Cape Grim farms. 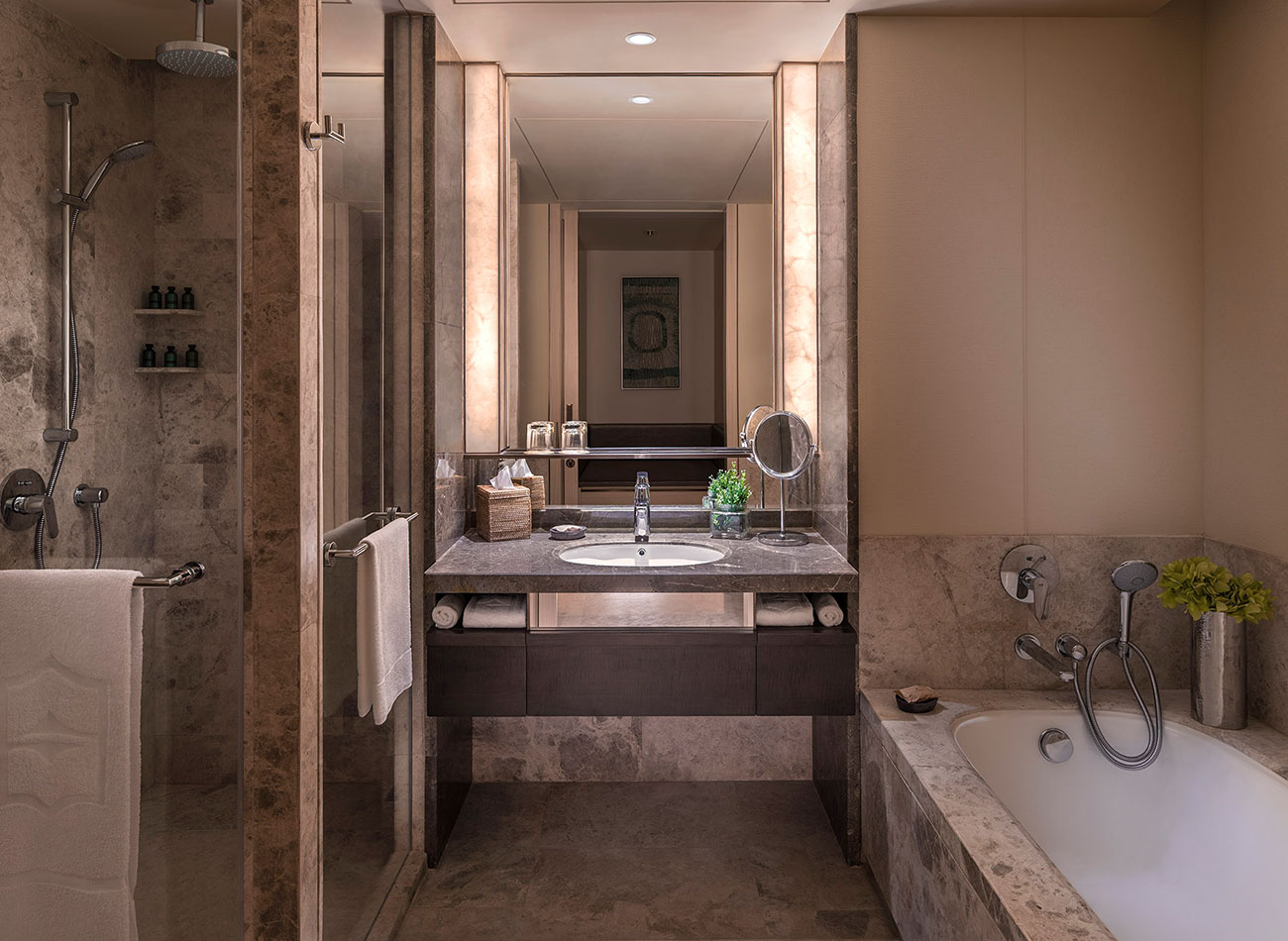 And then, after a day to explore Colombo, head south to Galle, which was full of surprises from the beginning to end of my stay. First, the walled fort area of Old Galle offers endless bastion walks and today there seemed to be brides all over the place. I was obviously there on an auspicious day, which seems to happen very often. Even before the sun came up, around 6.30am, there were dozens of happy couples with full wedding party retinues, posing and walking around the centre of the old town (some of the ladies must have been up all night having their hair done, pearls put in place and, in some instances, being poured into Spandex undergarments before their elaborate gowns would fit).

Amangalla is the only luxury place to stay. The charming and loveable GM, Sean Flakelar, is a former Sydney chef who only switched to ops after his then-GM, at a hotel I will not mention, was consistently rather the worse for the bottle. Although it only opened as such in 2004, Amangalla has seen so much in its lifetime. The four-floor structure was constructed as two buildings in 1684 to house Dutch military officers. It passed to British army headquarters, by which time there was regular two-horse carriage service to Colombo, in 12.5 hours (it is now three hours by car). In 1863 it became the New Oriental Hotel, and in 1899 Albert Ephramus paid 40,000 rupees for it, but sadly not only did four of his children die in infancy but also all five children of his granddaughter, Anestasia Emmeline (Nesta) Ephramus Brothier, died before she did. Nesta had been born in the hotel in 1905, and in 1995, now widowed into the bargain, she signed it over to Adrian Zecha. Hence its rebirth as an Aman.

Think of Raffles in Singapore, blend in Yangon’s The Strand and add a huge dose of Aman magic and this is the result. The three-floor exterior is complemented by all-white interiors with polished wide wood floorboards, grey window shutters, and a gorgeously lush rear garden with Olympic pool and five permanent cabanas. A one-time row of tiny shops has evolved into a serious five-room spa, with hot and icy bath soaking rooms. The front terrace, on Church Street, morphs into an interior lobby restaurant-bar and the rear lobby, which leads into a library, with Nesta memorabilia and a shaving salon, with two additional chairs for mani- and pedicures.

No, I did not even miss having a gym as sunset and sunrise hikes taking me all around the ramparts of this fascinating old town more than sufficed – and when I got back, perfumed rolled terry towels were offered on a silver tray (and my 6am wake-up cafetière arrived on the dot).

At dinner, GM Sean Flakelar filled in details of the annual Fairway Galle Literary Festival. This year his hotel guests for the festival include Alexander McCall Smith and Dame Maggie Smith, the last talking on the serious business of being funny. I hope she was in Sean Flakelar’s favourite room, number eight, up 56 somewhat-precarious wood stairs to the top floor, but the views, south and west, are said to be superb. I was in suite 22, looking out into that quiet garden. This is a place that de-stresses after walking around town: it is also de-stressing merely sitting in the open-sided lobby or on its terrace, with fans whirring high overhead. Have afternoon tea here – it is included in the room rate – a full English-style affair, with hot scones and cream and three-tier curates’ stands of savoury and sweet one-bites. Breakfast is also included, as are the non-alcohol mini-bar, and Wi-Fi (good, again).

I met up with Yvonne Verstandig of Executive Edge Travel in Melbourne, who had flown over, on SriLankan, with her husband Allan. Yes, she will be back, she says! I also really enjoyed meeting the charming and charismatic new chef here, Sagar Rajput, and I cannot wait to see how he enhances the menus at this gorgeous luxury hotel. For those who are interested, by the way, I passed on breakfast’s suggested Sri Lankan omelette – open-face and spicy thanks to onions, tomato and green chilli, – in favour of unadorned sunny-side up with a side of avocado. 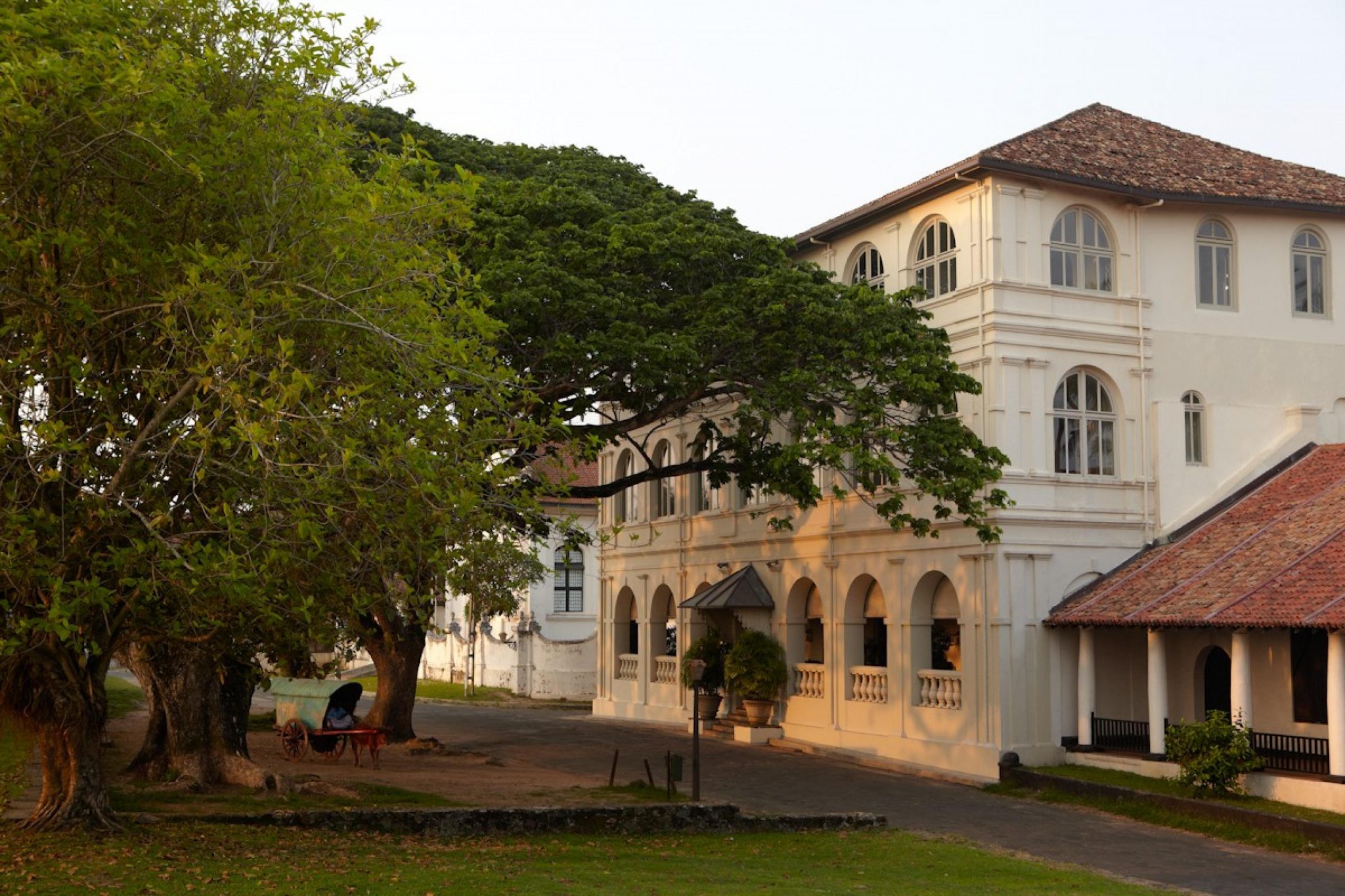