Rocco Forte Hotels celebrates the renaissance of Hotel Savoy, built 125 years ago in 1893, with the unveiling of this refurbished Florentine hotel. After undergoing 6 months of extensive renovation, Hotel Savoy, overlooking historical Piazza della Repubblica, officially reopened its doors on 13 April 2018. Director of Design, Olga Polizzi has enhanced the timeless elegance of Hotel Savoy, using the very best artisans with contemporary themes and hints of the Renaissance. Florentine fashion house Emilio Pucci has also collaborated on the project, bringing the very essence of Italian design into the hotel’s public areas.

The Pucci accents of sofa cushions printed in a solid statement of black and fuchsia, velvet flower-printed armchairs and a hand-tufted rug featuring the iconic Lamborghini print from the Emilio Pucci archives merge Renaissance motifs with a pop-art spirit. Finishing in the terrace restaurant are the new Emilio Pucci silk scarves designed for Hotel Savoy, encased on the glass table tops. The hotel entrance and lobby have been reinstated to their original grandeur, with a 5-metre-high corniced ceiling and two new large reception desks which incorporate caryatid putti on the four corners, and the Fleur de Lis, the emblem of the city. The fluid white space is emphasised with colourful art and design elements, including paintings by Luca Pignatelli.

In addition to the public spaces, Polizzi has created a new look for the guest rooms and suites. By reducing the number from 102 to 80, many of them have been completely restructured and have increased in size to offer guests a more luxurious and spacious experience, including the Junior Suites, the Grand View Suites and the new 177-square-metre Duomo Presidential Suite that occupies its own wing with splendid views of Brunelleschi’s Dome.

Following this significant renovation project, Hotel Savoy, the Florentine gem of Rocco Forte Hotels, repositions itself as a historical landmark for 21st-century travellers in Florence, a worldwide destination with a vibrant contemporary scene and birthplace of Italian fashion.

Rates start from €550 per room per night including VAT in a classic double room. 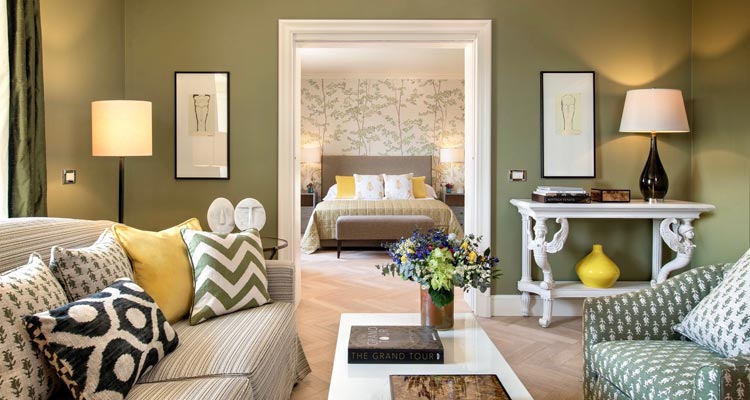 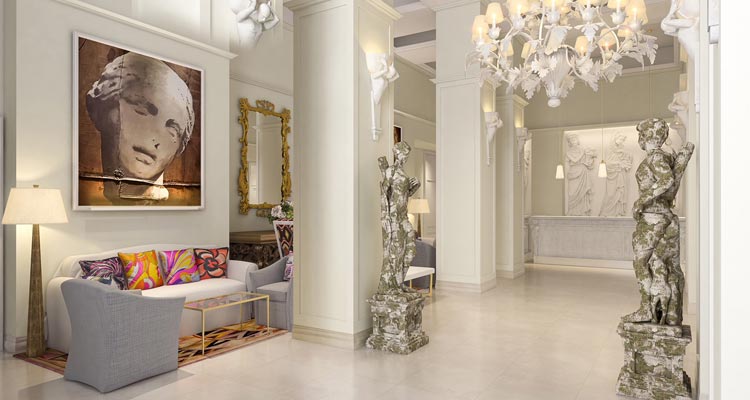 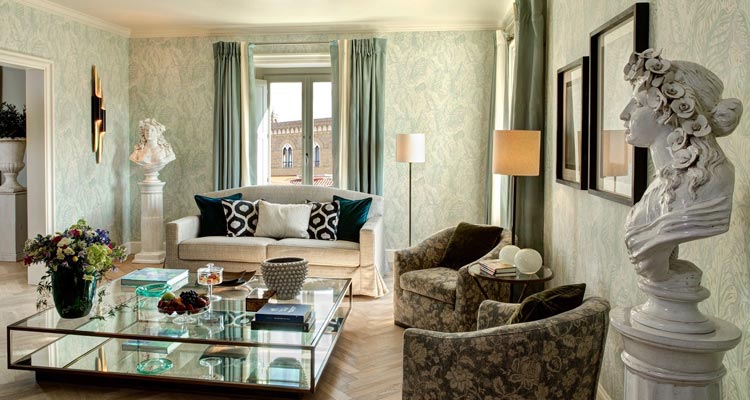 Mary Gostelow goes down and up in San Francisco

Overwater bungalows coming to the Bahamas

Feb 24, 2020
Prev Next 1 of 1,491
Tweets by LATTEluxurynews
Subscribe to the LATTE enews
Enquiries