Residing in one of London’s most iconic hotels, the Donovan Bar has long been known as one of the most intimate and sophisticated drinking dens in the city.

The iconic Mayfair institution at Brown’s Hotel has been relaunched following a complete redesign by Olga Polizzi and Inge Moore, with the addition of a separate entrance on Albemarle Street and its own doorman ready to welcome non-resident guests to experience the exclusive menu from legendary drinks maestro Salvatore Calabrese. Following the success of Salvatore’s December 2017 pop-up at the Donovan Bar, Salvatore has created a menu of new and signature creations alongside a selection of vintage cocktails made with some of the most exceptional rare spirits from his own personal collection.

Residing in one of London’s most iconic hotels, the Donovan Bar has long been known as one of the most intimate and sophisticated drinking dens in the city playing host to gatherings of the most glamorous faces of Mayfair’s elite fashion and art scene. Taking inspiration from the bar’s namesake and close friend of the Forte family, the iconic 1960’s photographer Terence Donovan, Salvatore has created a list of 16 original cocktails divided into four sections: bright and refreshing High Exposure; dark and mellow Low Exposure; strong and bold High Contrast; and soft and delicate Low Contrast. The bar also plays host to live music every Thursday, Friday and Saturday evenings showcasing an eclectic mix of artists and creating a vibrant, speakeasy vibe.

The redesign of the Donovan Bar is the work of acclaimed interior designer Inge Moore, who has collaborated with Olga Polizzi, director of design for Rocco Forte Hotels, bringing new levels of glamour to the space, emphasising Terence Donovan’s reputation as one of the 20th century’s most revered fashion photographers and bringing to the fore the largest private collection of his work in existence, including a photograph of Lady Forte herself. Working within the hotel’s classically English architecture, the colour palette combines British racing green with tones of Donovan’s signature white and grey and touches of gold throughout. A balance of reflection and shade, shimmering surfaces and matte finishes recall the camera lens, with the glass bar top sitting atop a bronzed panel reminiscent of a photographer’s wet tray.

As well as an extensive refit of the interiors, the main bar now takes centre stage as you enter, and has doubled in size to seat eight people, while the space itself can hold up to 100. The striking bar frames the original 19th century stained glass window of St George as well as displaying the impressive collection of both vintage and non-vintage spirits, wines, champagnes and other tipples.  Set to be the most sought-after seat in Mayfair, the ‘Naughty Corner’ has also been luxuriously revamped and offers an intimate, semi-private area for up to 12 people, amid some of the most iconic photography from Terence Donovan. 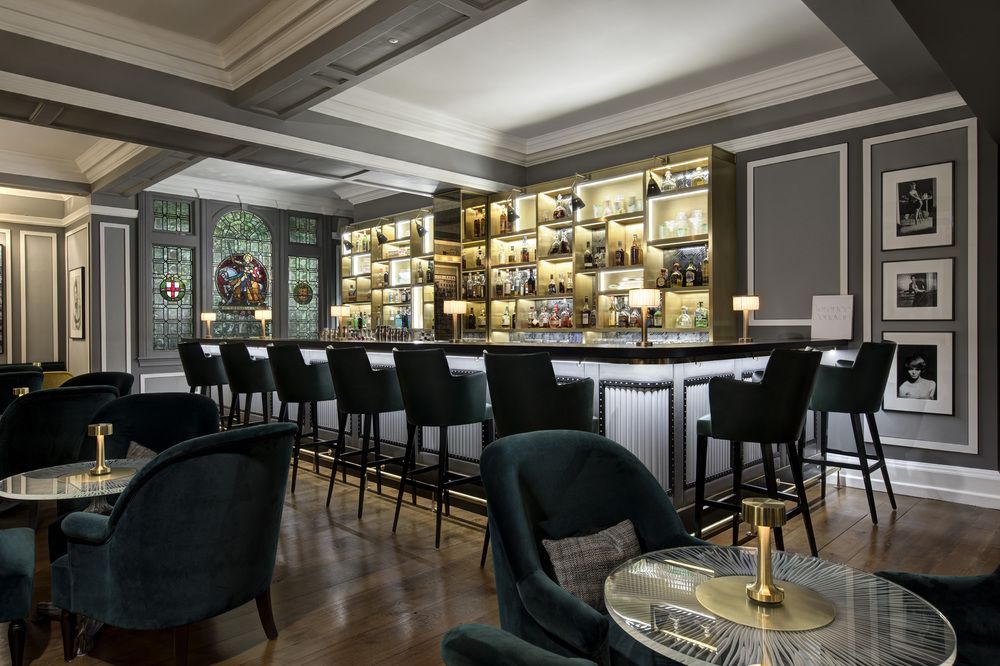 Highlights of the new menu, inspired by the Donovan Bar’s unique history include:

These will sit alongside Salvatore’s Signature Cocktails, representing some of his best-loved creations from over 40 years as one of the most influential figures in the modern drinks industry:

Guests at the Donovan Bar will also have the opportunity to sample a selection of Salvatore’s personal collection of rare spirits presented in an extensive list of Vintage Cocktails, celebrating forgotten favourites alongside some of history’s best-loved classics:

Salvatore Calabrese comments: “After the success of the Martini & Negroni menu we launched at Brown’s during the Italian Takeover at the end of last year, I am delighted to be re-joining the Donovan Bar to offer Mayfair’s most discerning guests a unique menu of cocktails inspired by Terence Donovan’s work and in homage to the artistry behind his iconic shots which line its walls.”

Inge Moore comments: “We love working in existing buildings seeped in history, where we can draw on a story from the past and combine this with modern elements to keep the experience relevant. The legacy of Terence Donovan was fabulous to work with, not just in terms of the exclusive collection of his photography that we had at our fingertips but in the narrative it lent to our design concept.”

The newly renovated Donovan Bar is integral to Brown’s Hotel’s ongoing dedication to elevating its guest experience. Under the direction of Olga Polizzi and her design team the hotel has undergone extensive renovation of its suites over the past year including the creation of the iconic two-bedroom Kipling Suite and the addition of two new Brown’s Suites with a unique, spacious apartment feel. In one of the hotel’s most defining moments of its 180-year history, April will also mark the opening of a new restaurant at Brown’s Hotel serving Italian fare from a renowned three Michelin-starred chef in a beautifully redesigned space continuing the hotel’s reputation for balancing traditional elegance with contemporary flair. 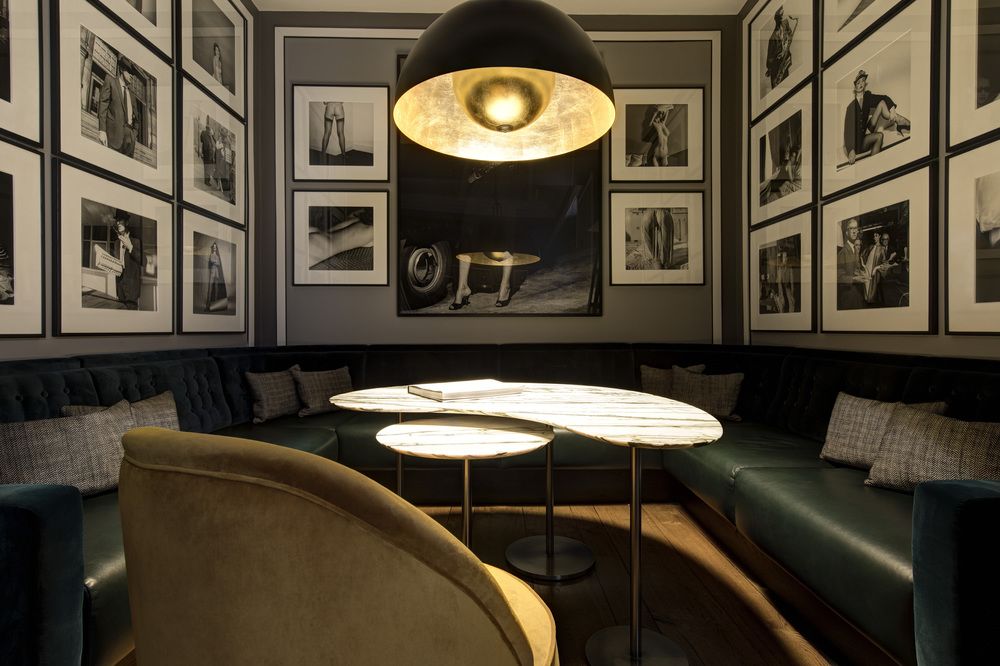 The Dorchester takes dining to the rooftop

Jun 23, 2021
Prev Next 1 of 1,786
Tweets by LATTEluxurynews
Subscribe to the LATTE enews
Enquiries