Sydney’s expanding upmarket hotel scene is set to see the reintroduction of the chic W Hotels Worldwide brand from June 2020 when the W Sydney is expected to open.

To be built on the site of Sydney’s former IMAX at Darling Harbour, W Sydney will stand between two elevated freeways. The 450-room and suite luxury hotel will provide a welcome boost to room inventory in the booming International Conventions Centre Sydney (ICC Sydney) precinct. The same zone saw the addition of Sofitel Sydney Darling Harbour to the Harbour City’s skyline in October last year.

W Sydney Hotel will launch around six months after the proposed debut of the new W Melbourne in the Victorian capital’s CBD. The new developments come as Marriott International prepares to begin welcoming guests to the W Brisbane at the start of next month.

What we know so far about W Sydney

Rumours of the planned W Sydney – known as The Ribbon Hotel Development – have been circulating for a number of years. That chatter now appears more certain with the property listed on the W Hotels Worldwide global website directory. 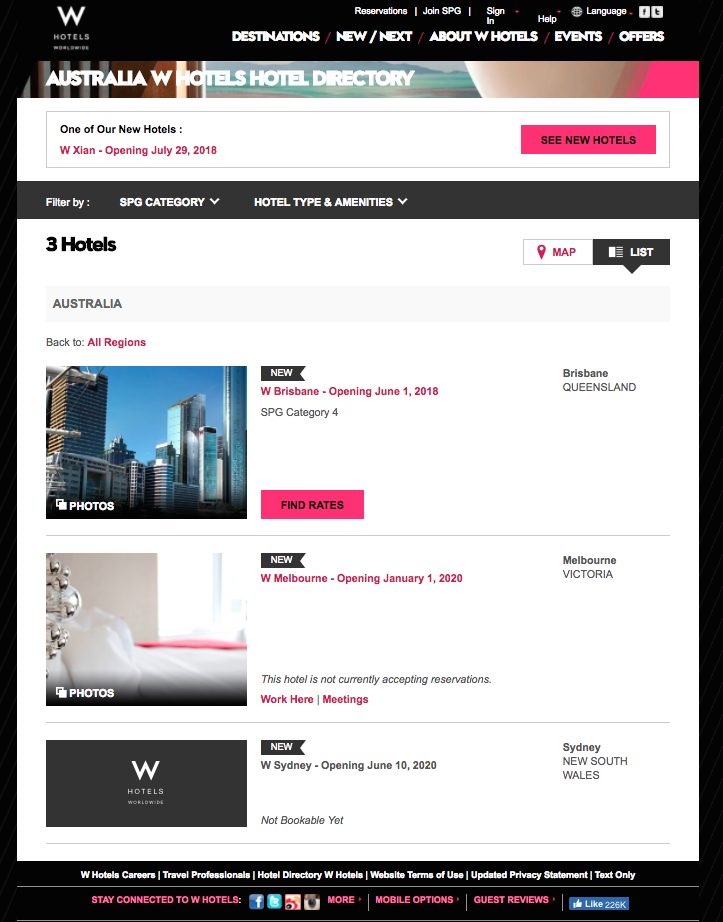 W Hotels’ parent company Marriott International originally introduced the funky brand to the Australian market some 15 years ago at the Finger Wharf in Woolloomooloo in Sydney. At the time, it was W Hotels’ first location outside the USA. However, the hotel’s management was taken over by Taj Hotels & Resorts and then rebranded as the Blue Hotel in 2007. It currently operates as Ovolo Woolloomooloo Boutique Hotel.

While still awaiting final approvals, publicly listed files on the NSW Department of Infrastructure & Planning website indicate the new 25-storey hotel at Darling Harbour will feature a number of W Hotels’ trademarks. The “Living Room” will be on Level 1, “Away Spa” on Level 2 and “Dining Room” on Level 3. A feature of the property will be an infinity-edge open air pool and adjacent Pool Bar and Restaurant on Level 22 which feature a mezzanine deck above. Function and Pre-Function spaces are positioned on Level 3 and 4, while an expandable Ballroom will be located on Level 5, with five breakout rooms nearby.

“The Ribbon Hotel architecture … is of a most unconventional architectural form, resembling 2 Ribbons nestling above the freeway on the southern end of Darling Harbour. This Ribbon form of the architecture, with the shimmering glass and metal forming the façade of the building, will become a most iconic landmark standing out amongst all newly finished building in the precinct,” the statement on the interior design says. 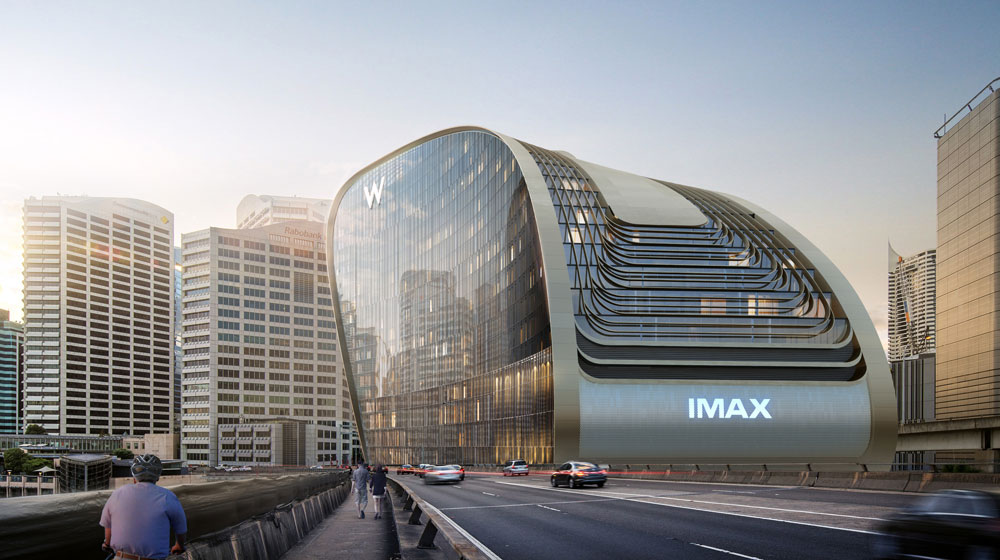 “Subject to finalisation and signing of definitive agreements, the proposed introduction of the W brand would be a game-changer for the city and the industry, bringing with it the distinctive energy and culture the brand is renowned for,” Marriott International’s Area Vice President, Australia, New Zealand and the Pacific, Sean Hunt explained to LATTE yesterday.

“The arrival of W Hotels would set a new benchmark for luxury hospitality in Sydney, injecting a bold new energy and bringing the city in line with fashion and entertainment capitals around the globe,” Hunt added.

Stay tuned to LATTE for more details on this exciting new development when they come to hand.

Oct 26, 2021
Prev Next 1 of 1,888
Tweets by LATTEluxurynews
Subscribe to the LATTE enews
Enquiries