US Travel Association establishes group to promote the United States as "the most secure and most visited country in the world".

The US Travel Association has formed a crusade in an effort to address a decline in the number of international travellers entering the United States.

Addressing an audience at the IPW Trade Show in Denver earlier this week, USTA’s President and CEO Roger Dow admitted America had “faced headwinds” at the same event 12 months ago, when the organisation pushed its “One Big Welcome” message as a central theme in Washington.

“A year later, we are still working to make that theme a matter of national policy,” Dow said.

“More people around the world are travelling than ever before, but too many are visiting places other than the US,” Dow remarked, citing increases in tourists to the likes of Germany, France and China.

“That may not sound like a lot, but it translates to US$32 billion in lost visitor spending and 100,000 fewer US jobs.” 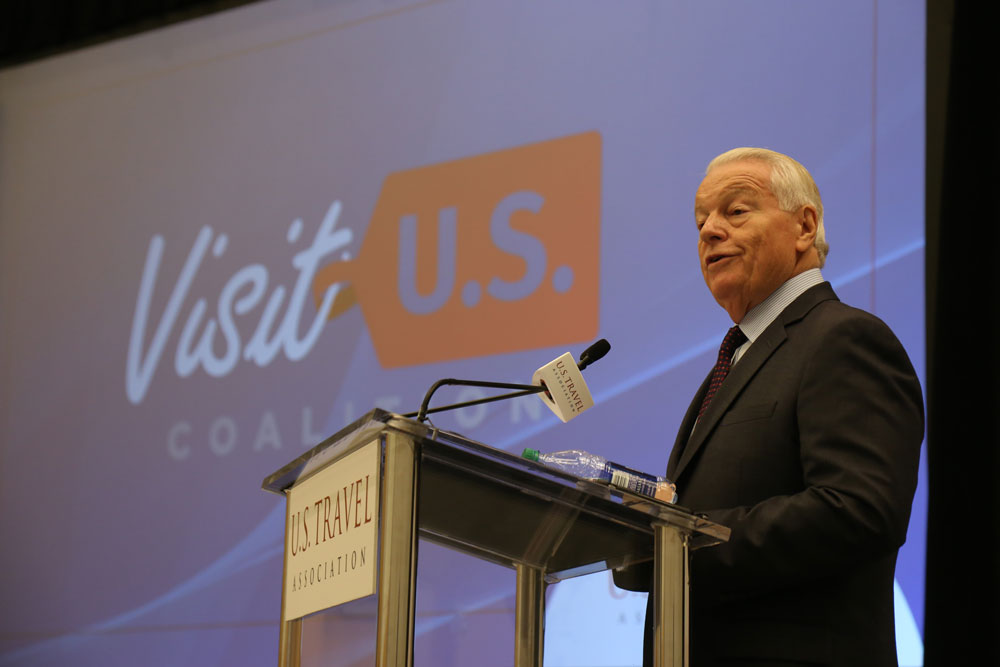 Locally, in the US, destinations such as Los Angeles, Miami, New York, Orlando and Seattle are “thriving” in terms of international visitation.

“But we’d all be doing better if the US had kept its share of the global market,” Dow said.

In a bid to counter the market share dip, the USTA boss revealed that it has “banded together” with more than a dozen major business groups in Washington and developed the Visit US Coalition.

“The goal of Visit US is to work with the White House to promote a simple and achievable idea: the US should be the most secure and the most-visited country in the world.”

Dow used the stage to call on the Trump Administration to clarify that the USA is “open for business”, specifically for “more business and leisure travellers”.

Visit US Coalition will actively promote policies that will have an immediate positive impact on inbound travel, namely expanding and rebranding the Visa Waiver Program (VWP), setting goals for expanding travel visas, boosting enrolment in Global Entry, increasing the number of visa-processing facilities worldwide and developing a criteria for 10-year visas with qualified countries.

Dow said the Visit US Coalition was also a voice for existing and proposed policies of concern, such as the “extreme vetting” of US visa applicants, a proposal that demands the social media profile information and travel history of 14 million visa applicants.

“That’s a vast expansion of private data collection with dubious security value. Making the US visa system unnecessarily intrusive or burdensome will impact global interest in travel to the US,” Dow added.

He said that since the group formed it has already had encouraging dealings with policymakers across politics.

“We have work to do in pursuing pro-travel policies, but there have been some good-news changes this past year that have flown under the radar,” Dow said, those being Biometric Exit technology at nine major gateways, automated passport control kiosks for eligible VWP travellers, a mobile passport control app (for Americans and Canadians), expansion of trusted traveller programs for Global Entry locations and TSA PreCheck, which was adopted by another seven international airlines this year. 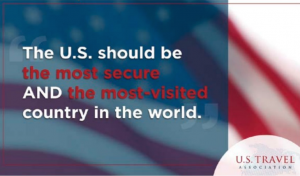 He further applauded a new Open Skies deal that the US had struck with Brazil, “one of America’s highest-potential inbound markets”.

In closing, Dow said that there were two key elements the travel industry has shown time and time again. “We are incredibly resilient in the hard times, and even when things are good, we’re never satisfied with yesterday’s success.”