More Australians than ever are taking to the seas for a holiday, with Cruise Lines International Association (CLIA) Australasia revealing that in 2017 the Australian cruise market grew by 4.4%, equating to almost 6% of the Australian population taking a cruise last year.

Over 1.34 million Australians took to the open seas in 2017, prompting CLIA Australasia Managing Director Joel Katz to say cruising had now become the quintessential modern Australian holiday. According to the industry body’s annual ocean passenger Cruise Industry Source Market Report, Australia remains the only market in the world to surpass a 4% population penetration rate, well ahead of more mature markets. 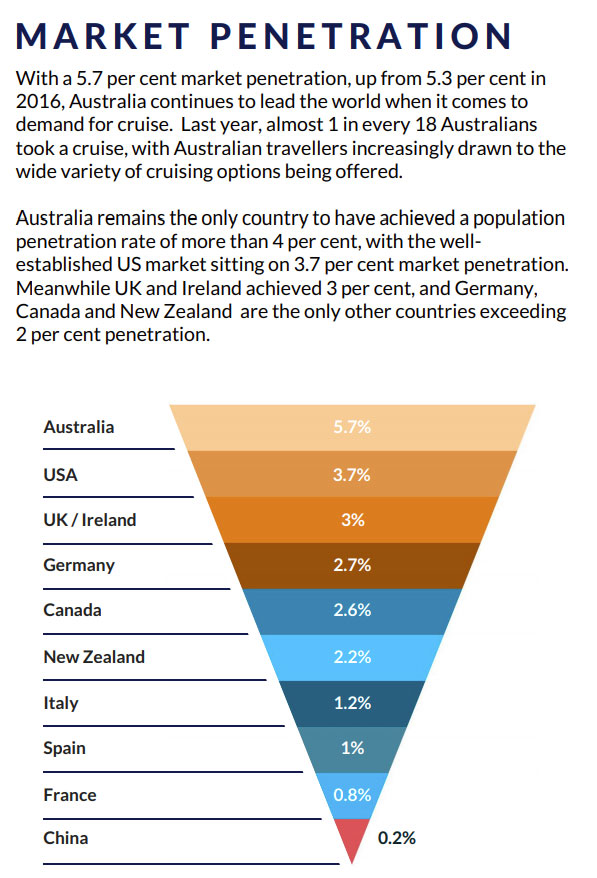 Katz said that while the growth wasn’t as dramatic as recent years, it was more than two and a half times higher than the rate of Australia’s inbound holiday arrivals growth rate of 1.7%.

“This growth rate puts Australia on par with the world’s largest cruise market, the USA, which experienced growth of 4.7%, and was well ahead of more established cruise markets such as Europe (up 2.5%), and the UK and Ireland (up 0.5%).

“With demand for cruising as high as ever, there is still so much potential. The best way to future-proof cruise tourism in Australia is to resolve infrastructure constraints and ensure the right regulatory settings to allow more cruising to Australian ports. As long as we can solve the lack of cruise infrastructure development in Sydney and across the region, we’ll see further increases in passenger numbers,” Katz said.

“As cruise continues to grow in popularity, more cruise lines will base more ships down under and the number of homeports and itineraries will only grow. With the equivalent of almost 1 in every 18 Australians cruising last year, Australians are overwhelmingly choosing a cruise as their holiday of choice and they’re coming back time and time again.”

The report also revealed that Australians still spend most of their time cruising local waters with the South Pacific (35%) and Australia (34%) accounting for the most cruise passengers. 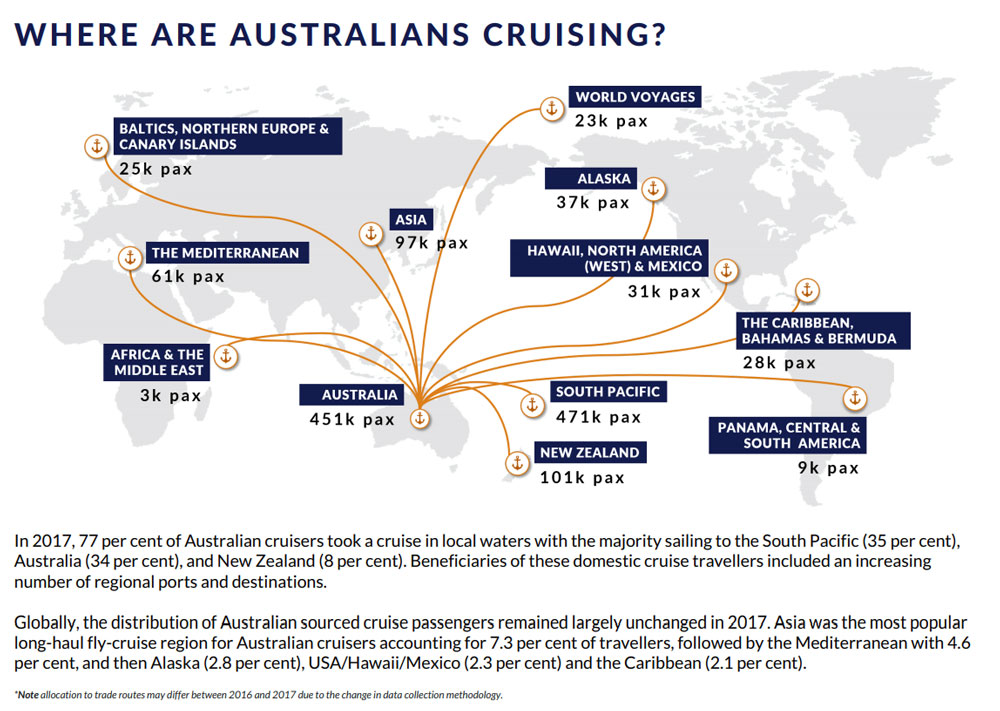 “With about one-third of Australian cruise passengers embarking on an Australian itinerary in 2017, regional economies continued to reap the benefits of cruise tourism. As long as infrastructure and regulatory policy allows, we will increasingly see vessels homeporting outside of Sydney in cities including Brisbane, Melbourne, Fremantle and Adelaide, and visiting regional ports such as Broome, Eden, Geraldton and Gladstone, to cater to this demand,” Mr Katz said.

“Australia needs to develop appropriate infrastructure and policy to ensure the growth potential here is fully realised. With the popularity of cruising booming in Asia, and specifically in China, and regional Asian governments developing berthing facilities for the cruise market, Australia cannot afford to be left behind,” Mr Katz noted. 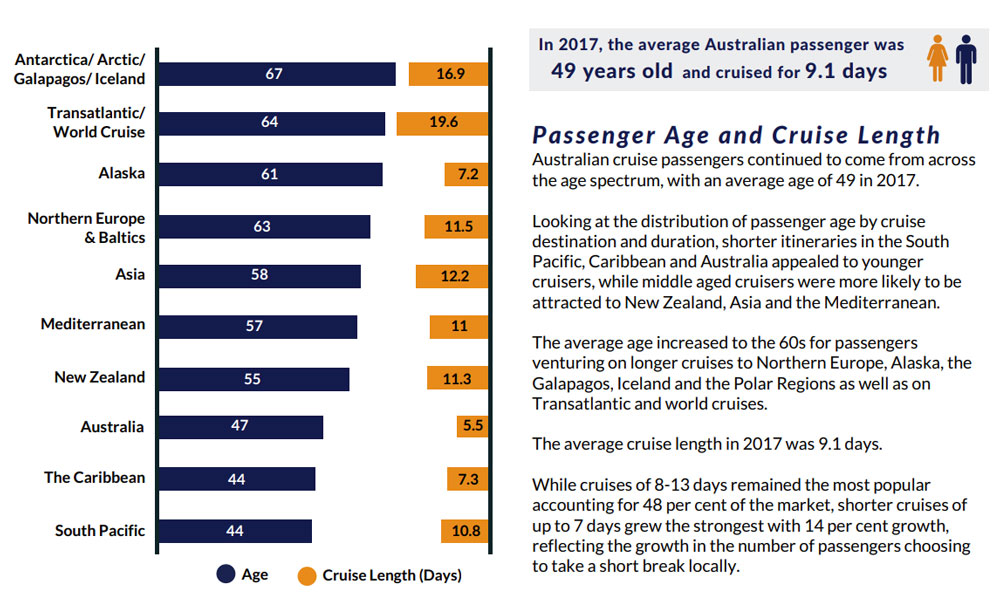 Other key findings of the 2017 Ocean Passenger Cruise Industry Source Market Report include:

onefinestay debuts in Cannes with 100 villas

May 13, 2021
Prev Next 1 of 1,755
Tweets by LATTEluxurynews
Subscribe to the LATTE enews
Enquiries