Plans for a third runway at London Heathrow Airport have been backed by the May Government and seen as vital for the United Kingdom ahead of its exit from the European Union.

“The UK must remain one of the world’s best-connected and outward-looking countries and a third runway at Heathrow is the best option to deliver this,” said the UK’s Transport Secretary Chris Grayling.

The proposal calls for the development of a north-west runway, to be operational by 2030. 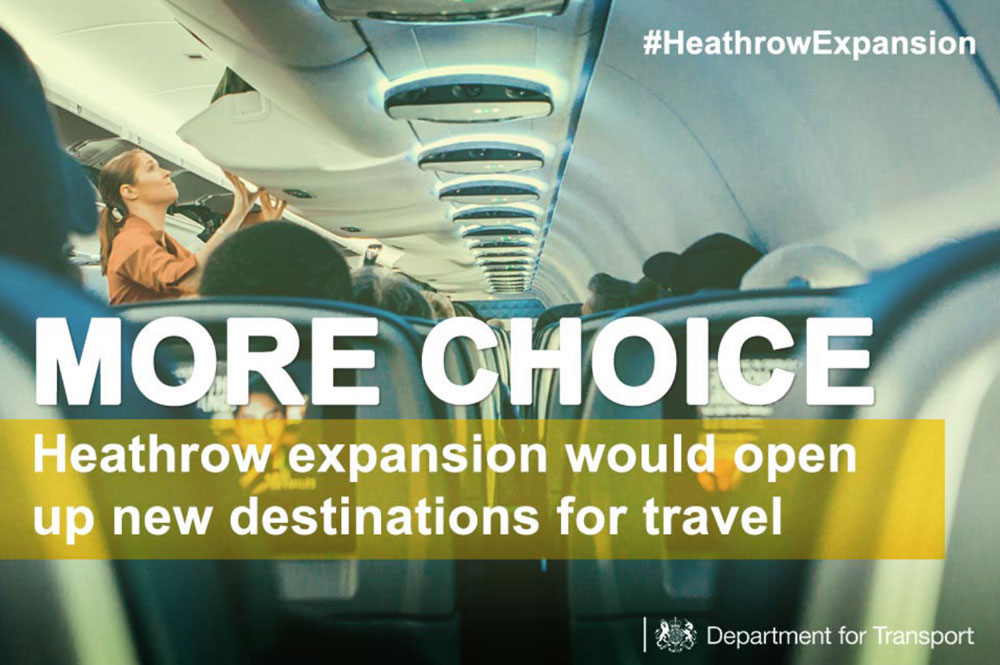 “Taking such a decision is never easy. This issue has been debated for half a century. My department has met with local residents and fully understands their strength of feeling, but this is a decision taken in the national interest and based on detailed evidence,” Grayling continued in Parliament overnight.

“This country has one of the largest aviation sectors in the world, contributing  £22 billion to our GDP supporting half a million jobs, servicing 285 million passengers, and transporting 2.6 million tonnes of freight last year.

“The time for action is now. Heathrow is already full and the evidence shows the remaining London airports won’t be far behind. Despite being the busiest two-runway airport in the world, Heathrow’s capacity constraints mean it is falling behind its global competitors – impacting the UK’s economy and global trading opportunities,” Grayling said.

The Transport Secretary said the third runway would deliver up to £74 billion in benefits for the UK and would increase domestic slots at Heathrow by 15% and provide a platform for increasing competition on existing routes.

Further, Grayling said that once the third runway is operational, Heathrow would introduce an evening flight embargo for the first time ever. “We expect a six and a half hour ban on scheduled night flights,” he said.

According to the UK Govt’s response to the consultation on the Airports National Policy Statement, the Northwest Runway “would continue to ensure that the UK is a strong competitor with other European and Middle Eastern hubs”.