Royal Caribbean boasts its Symphony of the Seas as the world’s biggest cruise ship carrying some 6,680 passengers, but if you think that’s big, wait until you see what the Chinese have in store.

They’re about to hit the high seas with an even bigger one that’ll carry a staggering 10,000 people and it’s due to launch as soon as 2022.

It’s on the drawing boards and it’ll be built at a giant shipyard just outside Shanghai where China is in a race to join the Europeans in building passenger cruise ships.

China is a late comer to cruising, they’ve never built a cruise ship before and right now they’re cutting their teeth by constructing their first one – the Greg Mortimer, an Australian, purpose-built expedition vessel operated by Sydney-based Aurora Expeditions.

At just 104 metres long, and eight decks high, the ship is named after the Aussie mountaineer and Aurora Expeditions co-founder. It’ll carry only 120 passengers to the polar regions in luxury and style.

Aurora Expeditions invited me to join them at the shipyard where the Chinese staged a colourful keel-laying ceremony, complete with fireworks and I was impressed by its futuristic shape, especially its revolutionary bow, or X-Bow as it’s called.

Shaped somewhat like a submarine’s bow, the X-Bow is said to accept anything the sea can throw at it. 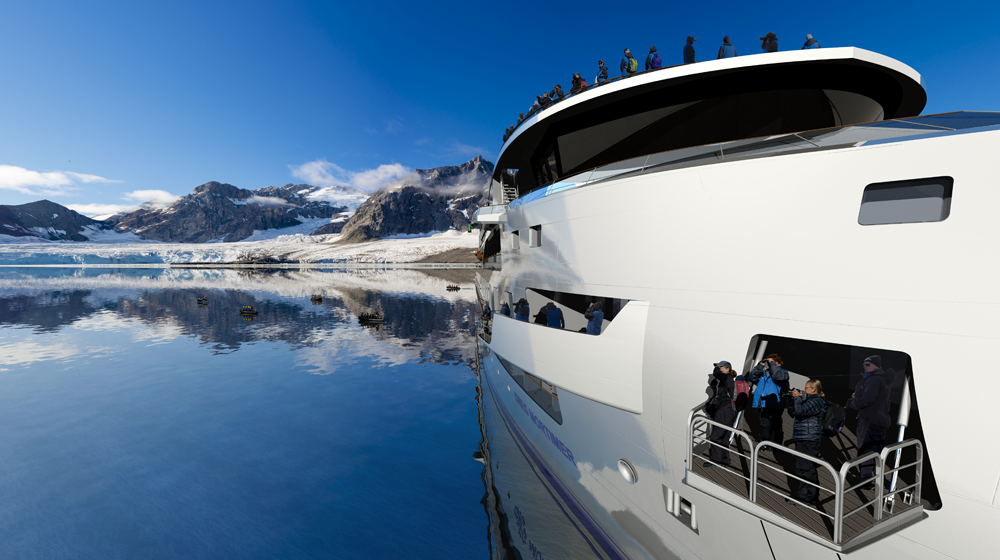 Instead of the ship rising on the waves and then dropping with tremendous force, the X-Bow slices through the waves and remains more stable in rough seas.

“Another plus is that it uses less fuel to get through the waves, helping to save energy, and there’s very little spray so the deck remains relatively dry behind it. It takes very little water on deck to start being a hazard,” he said.

Although it won’t begin its inaugural passenger voyage until October next year, Aurora Expeditions says there’s so much interest in the new ship, its first sailing is already 60% full.

The company is seeing a surge in bookings and it believes expeditions to remote places is the next phase in cruising and it will continue to grow, much like river cruising has done in Europe.

“Up until now, expeditioners have had to sail in old Russian research ships that were very Spartan, but the new Greg Mortimer is state-of-the-art with ensuite bathrooms, big balconies, tv, twin and double beds and daily cabin service,” says Halfpenny.

It has just the one dining room serving delicious courses at each meal including house wines, beer and soft drinks, afternoon tea and snacks.

There’s an observation lounge offering 180-degree unobstructed views so you don’t miss out on the wildlife and wilderness passing by, and viewing platforms perfect for watching polar bears, whales, or the ship pushing through pack ice.

Its 15 Zodiacs will take passengers on more frequent and longer landings, and how’s this? There’s no climbing up and down gangways, boarding the Zodiacs will be at sea-level making it much easier to transfer to and from the ship.

There’ll also be a team of expedition specialists, each hand-picked for their expertise – naturalists, historians, scientists and complimentary access to a doctor and medical clinic. 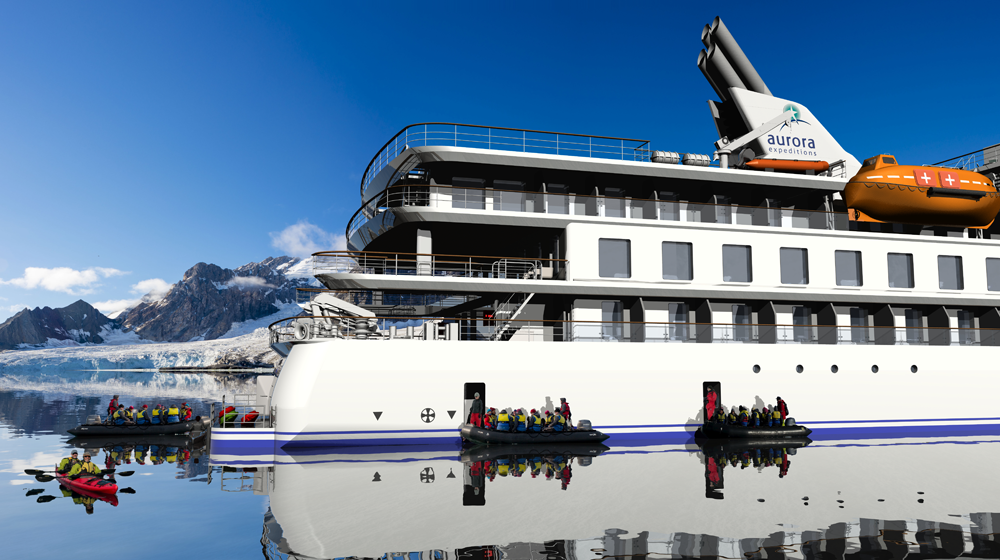 “We will take small groups to the heart nature and with its modern ice-strengthened hull, the ship has the ability to explore places that larger ships can’t reach,” says Robert Halfpenny.

The 11-day Svalbard Odyssey is priced from $8,200ppts departing 12 June 2020. Svalbard is a Norweigan Archipleago situated midway between continental Norway and the North Pole and is considered the best entry point for an Artic safari and polar bear sightings, or a 14-day Jewels of the Arctic cruise from $10,500ppts departing 26 July 2020.

The writer travelled to Shanghai as a guest of Aurora Expeditions.

Apr 21, 2021
Prev Next 1 of 1,739
Tweets by LATTEluxurynews
Subscribe to the LATTE enews
Enquiries