Inauguration of Le Lapérouse, the very first vessel in the PONANT EXPLORERS series

During a vibrant Breton-inspired ceremony – a nod to the origins of PONANT, which celebrates its 30th anniversary this year – the Lann Bihoué Bagad’s bagpipes, Breton oboes and drums reverberated powerfully. Breton singer Bleuwenn Mevel gave an emotional acapella rendition of the Breton anthem while the poignant trill of Konan Mevel’s (from Breton band Tri Yann) bagpipe resonated at the prow of the ship as she sailed off.

Another highlight of the day involved Le Lapérouse being greeted by Le Soléal, another Ponant ship positioned in Icelandic waters, as she sailed in from Hafnarfjörður.

Blue Eye: a multi-sensory underwater lounge, the first in the world

Guests on board discovered the multi-sensory underwater lounge in the hull below sea level, simply called Blue Eye. The revolutionary feature was designed in collaboration with Jacques Rougerie, an architect and member of the prestigious Académie Française.

In this space, through the two portholes made in the shape of a cetacean eye, the passengers watched French free diving champion, Aurore Asso’s aquatic ballet.

With digital screens projecting the live images captured by three underwater cameras, entirely non-intrusive underwater projectors allow the observation of the sea world without any risk to ocean life. Blue Eye also offers a unique sound experience: captured by hydrophones, the natural symphony of the oceanic world is piped into the lounge and can be felt through the “Body Listening” sofas which vibrate discreetly by corporal resonance. 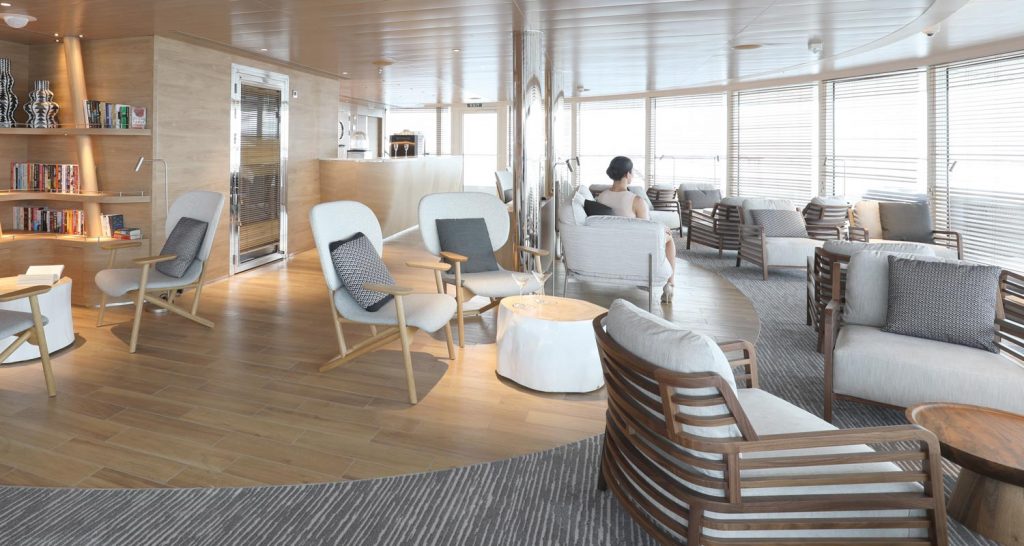 Tauck launches app across all tours

Explore Nature’s Playground with up to $1,500* onboard credit