Constellation Journeys is a relative newcomer to the Australian luxury travelscape, with the Melbourne-based company having only recently hosted its first itinerary: a three-week round the world itinerary using a chartered Qantas 747 for 250 passengers, no less.

The business is operated by Dan Kotzmann, the former Managing Director at Captain’s Choice, who set up Constellations Journeys in February 2017. This week, LATTE spoke exclusively with Kotzmann to hear how the maiden tour went and to find out what’s next for the company. 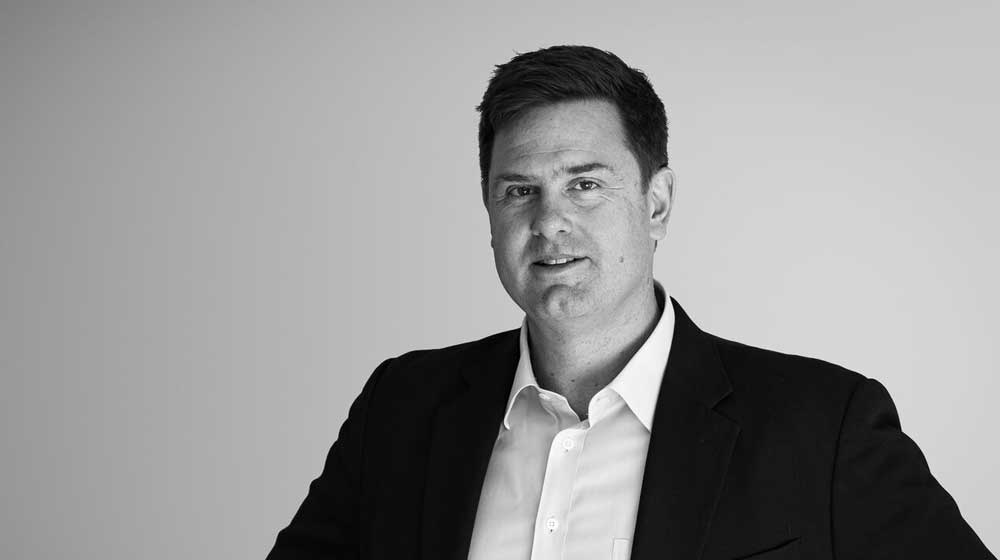 Having successfully operated your first itinerary under the Constellation Journeys banner in April and May, can you tell LATTE readers what was the response in the build-up?

In the early stages of launching the business, then promoting and selling the tour, there were people saying “You’re brand new”, “What are you about”, and I guess there was an element of caution for a new operator.

For the first few months, it was pretty much just me just answering the phone which had it’s advantages as I was able to talk to everyone that called and able to share a bit of my background.

Working closely with Qantas was really a significant advantage for us. To be able to use that brand gives people confidence and trust in the reputation of what we are doing as well.

And what about post tour? Have you received much feedback?

We have received so many messages back saying it was a “trip of a lifetime” and a “life-changing experience”, which is just unreal. We want to create really memorable experiences for our guests and it gives me a great deal of pride when I read those.

Many guests have forged tight friendships, and in fact last Saturday there was a lunch organised in Sydney by several participants who wanted to keep in touch. It wasn’t a Constellations Journeys event, it was run by guests who wanted to spend time together and share memories. In a couple of weeks time, we’re going to a winery outside Brisbane put on by one of the couples who came on the trip and own a winery are throwing open the doors open to those in that part of the world should they wish to get together. There’s been a real camaraderie built up which is fantastic.

The people who travelled in First and Business class, by virtue of the price point, typically were fairly frequent international travellers. They were the kind of guests who have a good couple of holidays every year overseas and they are used to the finer things in life.

With a lead-in price point of $19,500 for three weeks travelling in Qantas Economy and absolutely everything included, guests can go through the entire tour without having to put their hand in their pocket at all. While that sounds like a lot of money it actually represents incredibly good value for what’s included.

We found a lot of people who were not as regular travellers were blown away by the experience when they were exposed to some of the fun, gala evening entertainment and dinners, special venues and sites. They couldn’t quite believe it. It was probably more those people that found the whole trip incredible and many of them are the ones who are saying it was a life changing experience.

So you’re very hands-on with the business?

I place a great deal of importance on personal involvement in all aspects of the business.  I plan the itineraries, do the site inspections and I go as the journey leader for each trip. I visit travel agents personally and get involved in the detail of our cooperative marketing with agents. I even answer the 1300 number in our office whenever I’m there and if a client comes in to see us I will always meet them if I’m available. It’s hands-on and personal for me and we don’t want our business to grow too big – we want to keep it personal.

What are some of the business goals of Constellation Journeys?

We want to make places that are perceived to be a bit challenging to visit as comfortable, simple and convenient as possible. It’s cliché, but ‘taking the hassle out of international travel’ is what we’re all about – and in some cases it’s allowing people who are a bit apprehensive to enjoy these experiences knowing they are very well cared for.

Now you’ve got the runs on the board, what is next for Constellation Journeys?

We soft launched two new itineraries to Africa and Eastern Europe to guests who were on our Qantas tour in April/May. We had a pre-release flyer for the trips and we received a strong response including quite a number of preregistrations. A few weeks ago that we finalised full brochures for those tours. We have Africa in April next year which will be available for a maximum of 40-odd guests. Then we have a Europe trip in June that will take somewhere between 100-120 guests.

What is unique about these new itineraries? 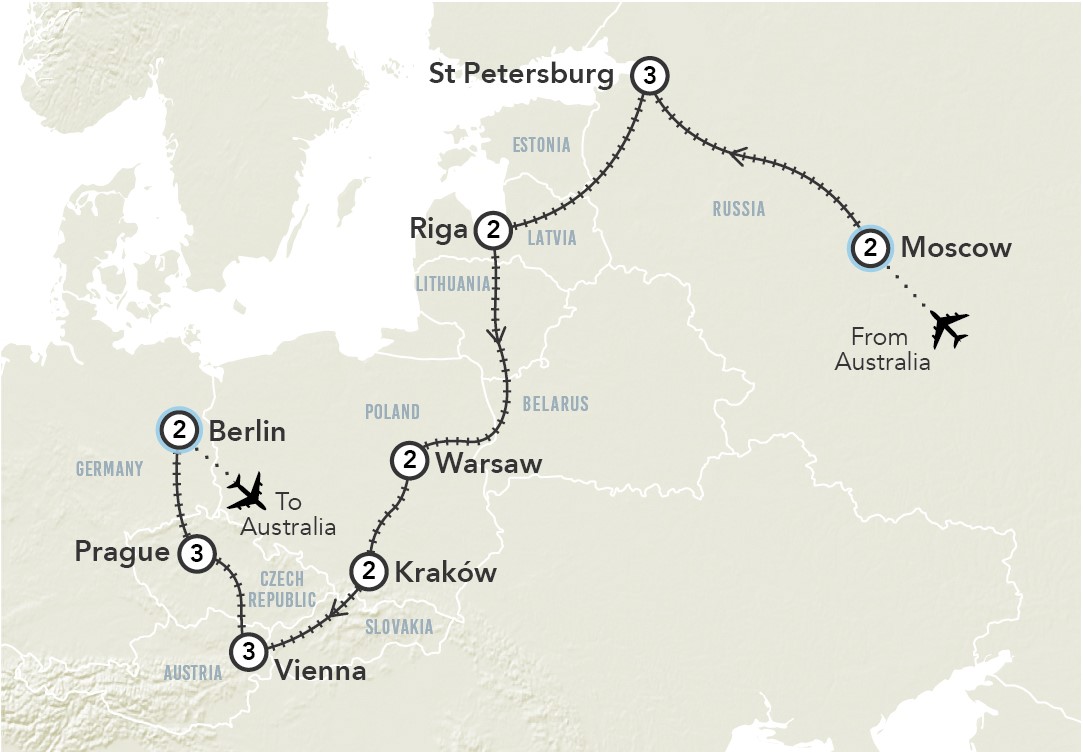 The European itinerary from Moscow to Berlin is based on an exclusively chartered train where guests will travel by daylight aboard a luxury locomotive and stay in hotels by night. Using my experience with various different train operators and train charter brokers over the years in Europe I’ve negotiated access to a train owned and operated by Russian Railways. It normally operates as an international First Class sleeper service from Moscow into Berlin, Paris, Nice and other European hubs. While it is a sleeper train, we won’t use it overnight.

In many ways, the European itinerary is like the Qantas tour. It’s two or three nights in each city, and travel by day in a unique form of chartered transport. It’s just that it’s a train rather than a plane.

The tour is 22 days roundtrip from Australia, flying with Singapore Airlines into Moscow and coming out of Berlin through either Munich or Frankfurt on Lufthansa and connecting with SQ back to Australia.

What about the Africa journey?

One of the key elements of the Africa tour is the mode of transport. We’ve privately chartered an ATR42 turboprop aircraft which removes any concern people may have about schedule and reliability of air travel in Africa. It gives us the escape to fly where we want and when we want on direct flights. One of the tricks to this was finding the right sized aircraft – we wanted it to be large enough to be comfortable on the longer sectors but small enough that it can land on airstrips in the game parks. The ATR42 is as big as you could go before you get too big. It will provide us with direct, easy, convenient access into and out of every place that we want to go and is entirely within our means of control. 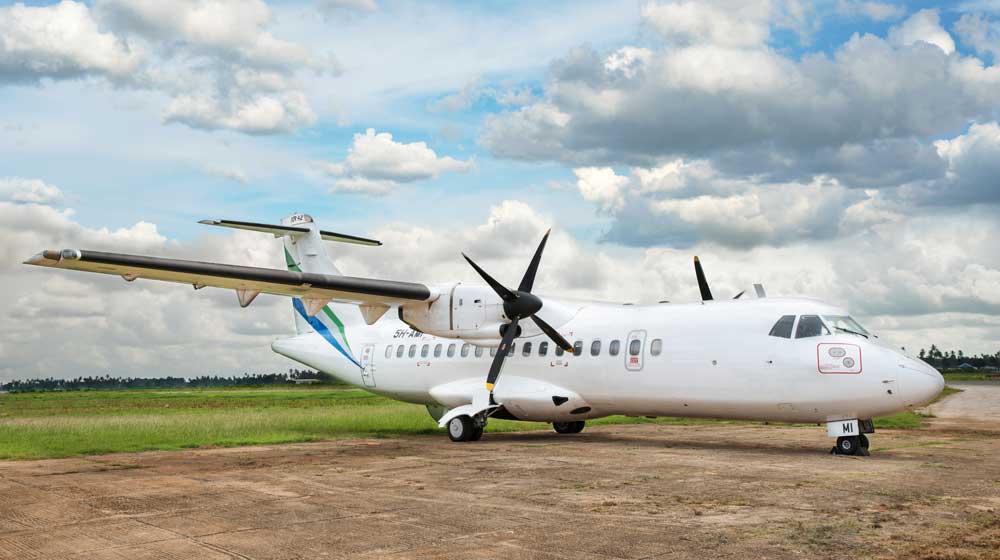 The combination of places the Africa itinerary travel to is also unique. It’s not just mainstream Africa, game parks and Victoria Falls. To have Zanzibar in there and also to build in Ethiopia and Lalibela to visit a Christian Coptic Church built into stone is another point of difference for Constellation Journeys.’ 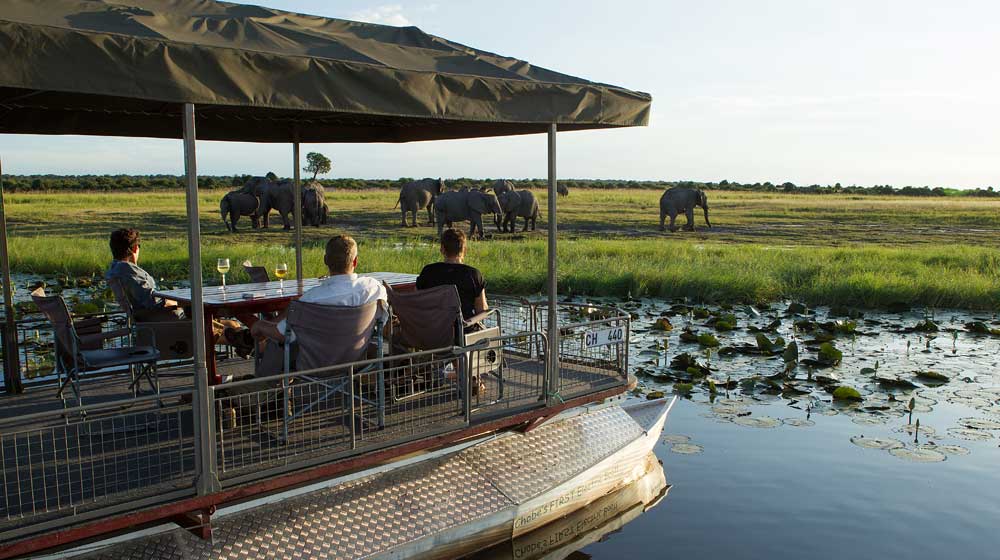 What are some of the itinerary highlights?

Regarding Europe, we will have some really special gala dinners. In Moscow, we’ve arranged access to Turandot restaurant where we’ll have exclusive use of the location. It features the most stunning period décor, it’s like being inside a golden mirrored palace and that’s the welcome dinner. We’ve got a dinner in an underground salt mine outside of Krakow, another dinner in a castle outside of Prague. 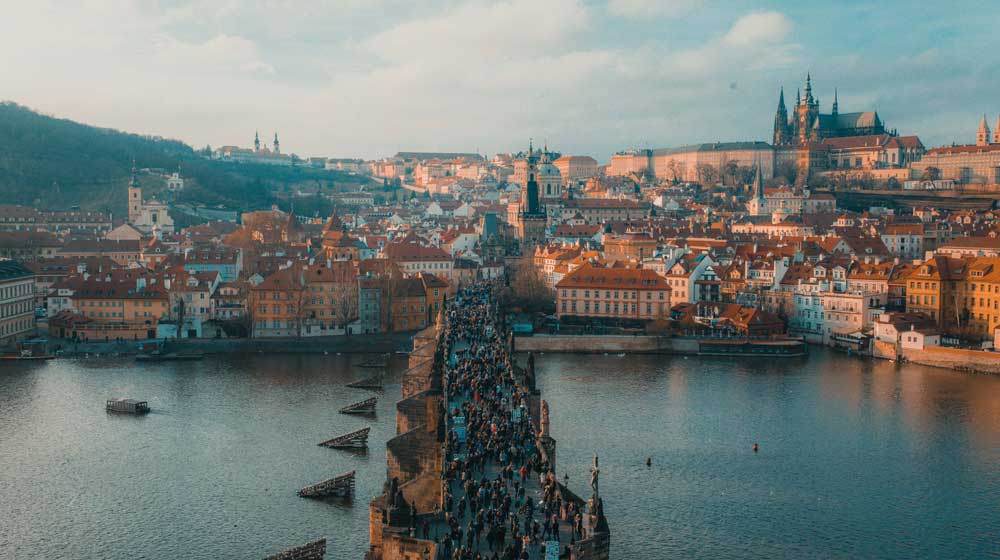 We also provide guests with “A La Carte” options – which is numerous choices in most cities where people can pick and choose whatever they want to do. And they are all included. There’s no extra costs for anything. We provide a really high degree of flexibility in the sightseeing – including all the highlights in destinations and then there’s a bunch of other options and choices.

Usually, in each city, there is one choice of multiple different restaurants – sometimes venues within the hotel, and one or two outside the hotel to provide a local flavour. The nature of the target market is that there are some people who are very adventurous and want to experience and try local things, while others are conservative and want to try and have an earlier night and grab a quiet meal in the hotel.

Are you getting many international travellers?

We’re focused on the Australian and New Zealand markets, and international markets aren’t the priority.

What is your trade approach?

We’re not big enough and don’t have the resources to visit every travel agent in the country.  But we are committed to, 1. Paying a full commission to all agents and 2. Investing our resources (time and money) in partnering strongly with any agent who is serious about a cooperative marketing plan.

We have a number of real success stories with agents who have booked multiple passengers on this year’s tour – and on the back of that success, I even have one small independent agent who now has five passengers booked on our Eastern Europe tour next year.

Destination of the Month - Los Cabos