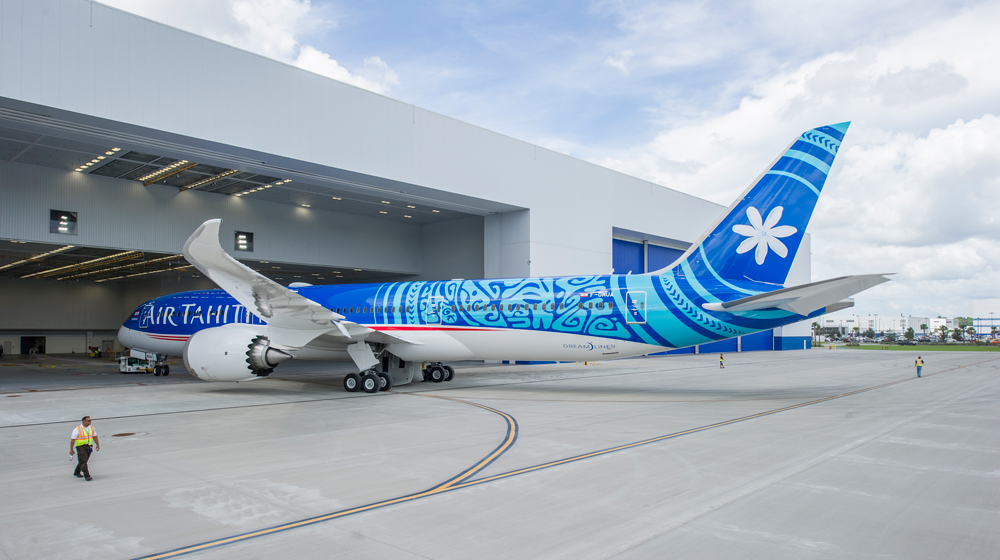 With a design and colours inspired by the beauty and richness of the Polynesian islands, the livery features Air Tahiti Nui’s trademark tiare flower, a tattoo pattern representing a story of Tahiti and its people, and the blue hues that the islands are synonymous with.

Australians and New Zealanders are set to be among the first to be carried to their dream destination on the wings of the Tahitian Dreamliner with the new aircraft commencing service on the Auckland to Papeete route on 8 November 2018.

To coincide with Air Tahiti Nui’s 20th anniversary this year, the flag carrier for French Polynesia is phasing out its current Airbus A340-300 fleet and replacing it with four 787-9 Dreamliners including two purchased and two leased through the Air Lease Corporation.

When the airline has received all four Dreamliners by September 2019, their registration codes will join together to say ‘the warrior (TOA) going forward (MUA) in the great (NUI) canoe (VAA)’.