For those wanting a beautiful luxury resort in California overlooking the Pacific, the gorgeous Montage Laguna Beach fits the bill, and nicely (although in retrospect I should not have tried leaving the Beverly Hills area of Los Angeles at 3pm on a Friday – that was my fault and I was three hours on the road, much of it in solid traffic rather than driving south, as intended). 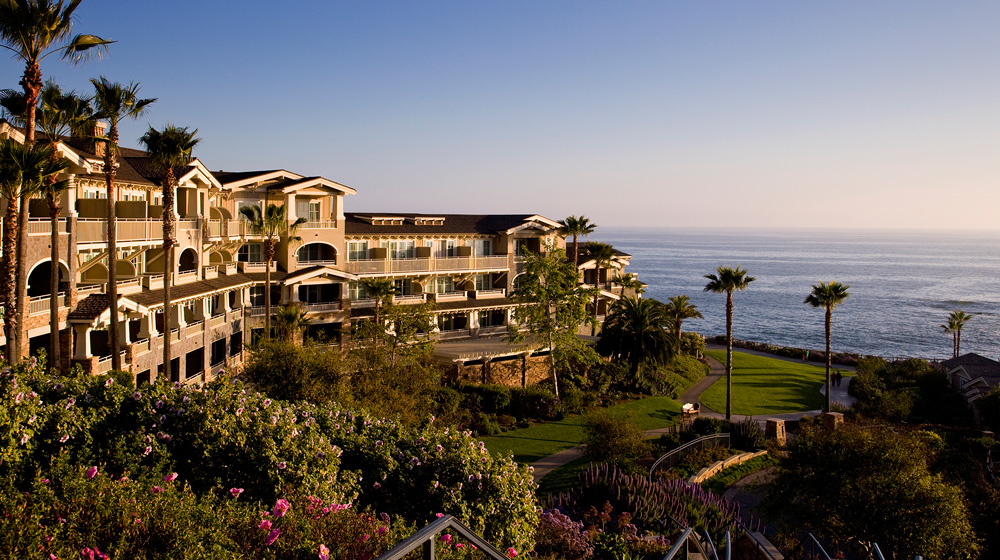 The 30-acre resort opened February 2002, and over the years it has built up a wide following of enthusiasts.  Every weekend, it seems, at least three parties drive in, sometimes as long as four hours, to try and get a room without a reservation. And yes, they might be turned away as the 248-room hotel is already full. Non-guests can walk around the grounds, and look up at the five-room building. The front lawns at the base of the building were, that day, hosting both a remembrance ceremony and a wedding, only a few dozen yards away from each other. 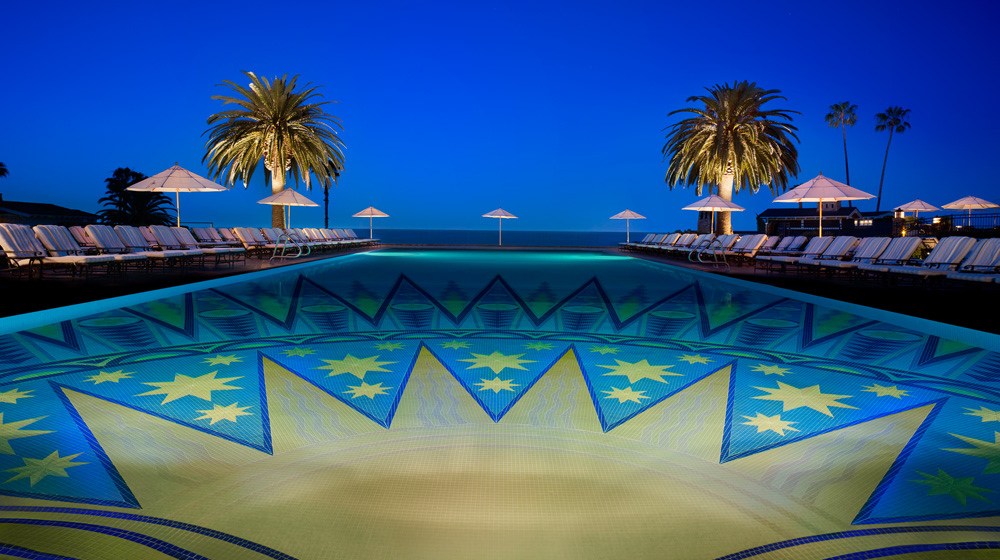 At the same time, too, people were swimming in the pools and frolicking in the outdoor hot-tubs, accessed only by those staying over. This is a constant theatre of non-stop activities, right through the evening. The director of this pantomime-of-life is Anne-Marie Houston, one half of the famous Houston Twins, hoteliers par excellence, the pride of Northern Ireland (this Ms Houston, the elder by a few minutes, insists it was her twin, Caroline-Jane Houston, now GM of The Address Downtown Dubai, who decided both should go into hospitality).

Here, she also heads a serious wellness component; I took an hour-long Montage Revive and Relax class with Alissa, but sadly could not do the daily Thalassic beach walk, and I was happy not to have to attempt again to get on a SurfSet static board.

And now it was, anyway, dinner time. This Ms Houston had, despite a large wedding taking place in the main Studio restaurant, arranged for Ben Martinek – one of the most personable of chefs – to invite us through his kitchen to his chef’s table. It was indeed to be a Californian meal, starting with sea urchin uni from Santa Barbara served with Szechuan peppercorn brioche croutons and yuzu-brown butter.

I went on to crimson beet tartare with little ring of horseradish crème frâiche, and then an Arctic mero seabass with harissa and artichokes. The kitchen insisted on sending out Harry’s Berries strawberries atop an olive oil cake, with Opalys white chocolate mousse and yuzu sorbet. Along the way wines had been paired; my favourite was the Seabass’ Capesino Grenache Steel Plow Vineyard Sonoma Valley 2015. Not surprisingly, that all was more than enough, and both Anne-Marie Houston and I needed to get home; but since the wedding party was in full speeches-mode, we evacuated through the kitchen. 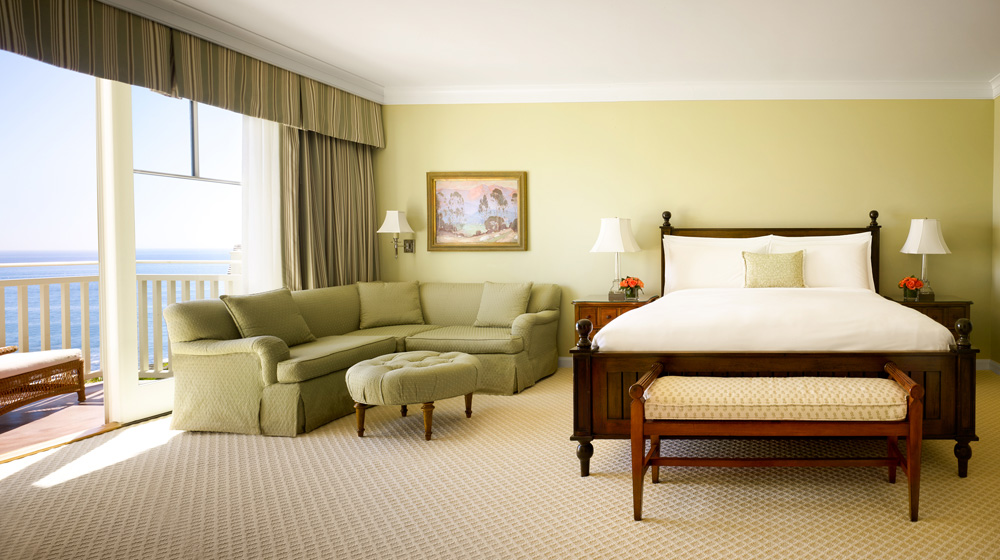 Oh, what a lovely home I was returning to! The Founder’s Suite, #182, at this memorable resort affords the luxury of space and lightness and soft colours. I woke up, looked out at the Pacific and, past three baby rabbits jumping as if for joy at another glorious sunny day, headed for the LifeFitness gym, open from 6am.

Breakfast arrived at the requested hour, and was placed on one of the three tables in my private garden. It is worth mentioning that only five hours later, I was sorely tempted a ‘breakfast salad’ with poached eggs, one of the main courses at lunch in The Loft, the all-day, indoor-out restaurant here; I was brunching with a friend who lives only a few miles away.

We drank a toast, in water at that hour, to Anne-Marie Houston, somewhere doing her four-hour-long stints of spinning – her Sunday penance that is added to the two hours she has always done on Saturday. Ever heard of a crazy hotelier? At that, my car miraculously appeared from an underground park which might have had up to a thousand vehicles stored, and I was again on my way.

Kimpton Hotels & Restaurants to make a splash down under

Why stay one or two nights when you can stay two weeks?

May 5, 2021
Prev Next 1 of 1,749
Tweets by LATTEluxurynews
Subscribe to the LATTE enews
Enquiries