Crystalbrook Collection has earmarked a launch date of 6 November 2018 for its first five-star hotel, Riley, A Crystalbrook Collection Resort. Located at the northern end of Cairns iconic waterfront Esplanade, the resort features 311 rooms and suites, three restaurants and bars, an expansive lagoon pool and private beach, the Eléme Day Spa and more.

While most new hoteliers might start off with a single project, Crystalbrook is diving in head-first with three dwellings in the Queensland city (in addition to the five-room Crystalbrook Lodge in the Queensland Outback, a member of the Luxury Lodges of Australia portfolio). Riley will have two other “personality-led” siblings – Bailey and Flynn – also opening over the next 14 months. Riley will be the first new five-star hotel for Cairns in over 20 years, conveying the company’s confidence in the thriving tourist region. 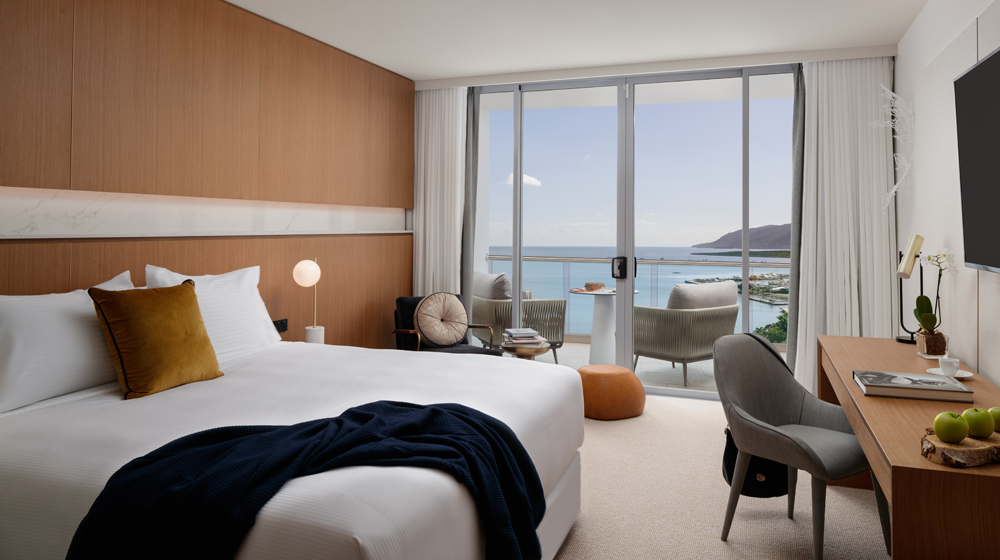 Chief Executive Officer, Mark Davie, Crystalbrook Collection told LATTE this week that recent Queensland Government data regarding domestic travel to the Sunshine State speaks for itself, having recorded a 5% growth in visitors in the last year.

“We are excited to launch Riley … into this region and to offer new accommodation options that are driven by responsible luxury to Cairns,” he said.

“The response has been overwhelmingly positive from consumers and trade. Among the general wave of excitement for all three openings, it has been great to see such a positive response to our opening initiative for Riley in partnership Citizens of the Great Barrier Reef.” 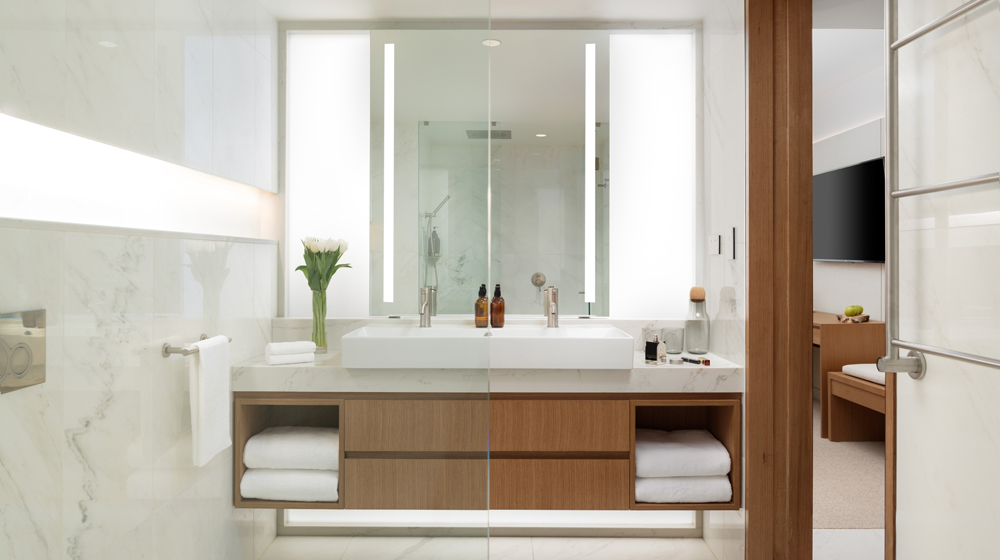 Citizens of the Great Barrier Reef is a social movement designed to change customer understanding of how everyday actions have an impact on the Great Barrier Reef and overall environment. Crystalbrook Colletion is a Founding member of the organisation. The initiative will see $100 from every room booked directly in the first week of operation donated to the charity.

“Locally and nationally this has resonated and it is great to start forging a path for Crystalbrook Collection’s pledge to responsible luxury,” Davie said.

The Collection’s chief told LATTE that the response from overseas travel partners, regarding Crystalbrook’s fresh presence in Cairns, has been “fantastic”.

“It’s over 20 years since Cairns has had a new five-star hotel so the new properties have been warmly welcomed internationally by wholesalers, tour operators and sellers wanting to offer their clients something new and different.”

He said key international markets will include the UK, US, Western Europe, Japan and China.

“We have a diversified approach to targeting international markets and we will be ready for all out international guests, ensuring we able to accommodate any special requirements.” 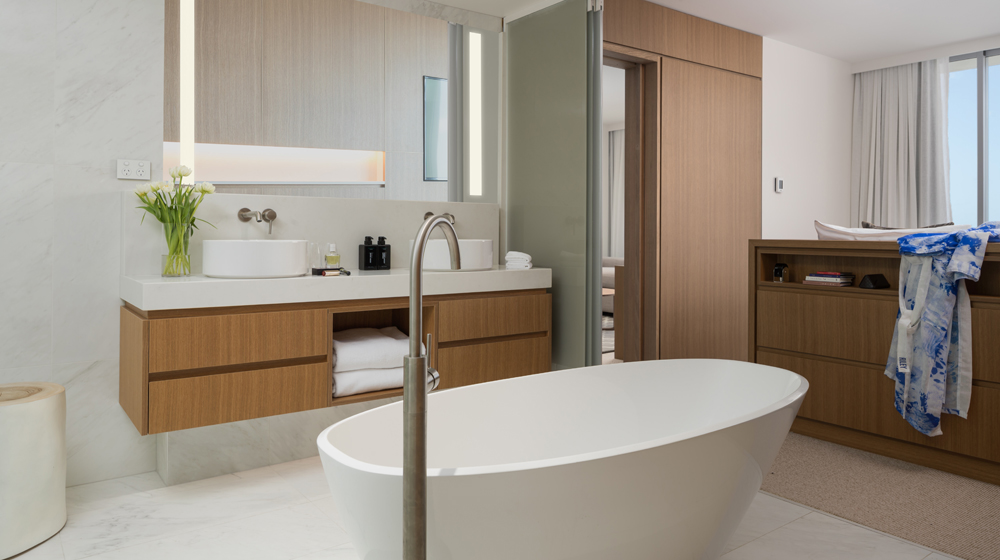 Get to know Riley 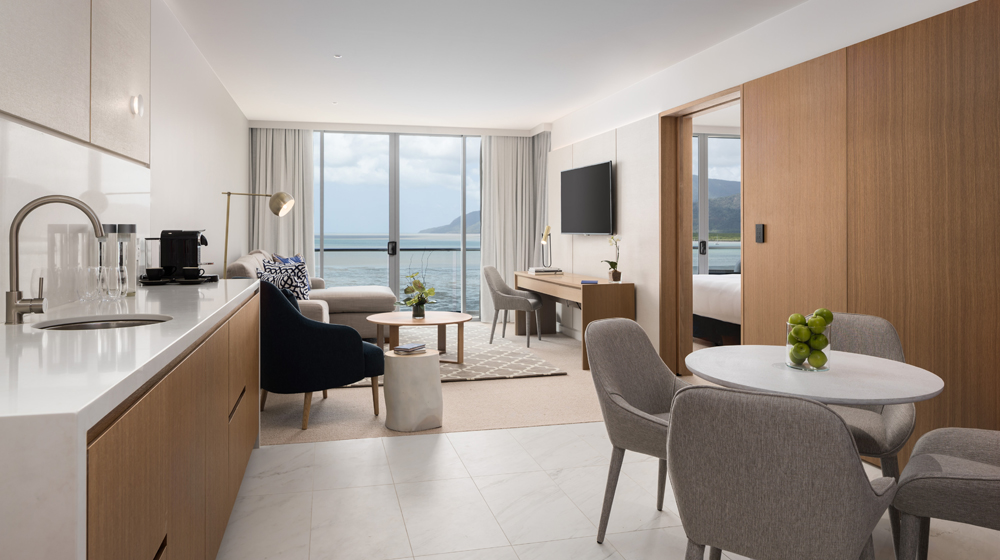 Central to Crystalbrook Collection’s philosophy, and that of its hotels and resorts, is the concept of #responsibleluxury whereby immersive environmental initiatives are introduced to enhance each guest’s stay, without compromising on creature comforts.

Responsible luxury for Riley has many faces, including a paper-free check-in and -out, no plastic drinking bottles or straws on premise – even the plastic guest room key cards have been replaced by 100% recycled wooden cards – and overall 90% less in-room paper than the average five-star hotel. Technology has helped to achieve this, with iPads replacing paper in-room and at check-in.

Taking the locally sourced concept one step further, Riley serves beef directly from Crystalbrook Collection’s own station, located three hours inland from Cairns. This ensures Crystalbrook can be certain of the highest levels of animal welfare. In addition, over 80% of the fresh fruit and produce served at Riley is sourced from within a three-hour drive of Cairns. 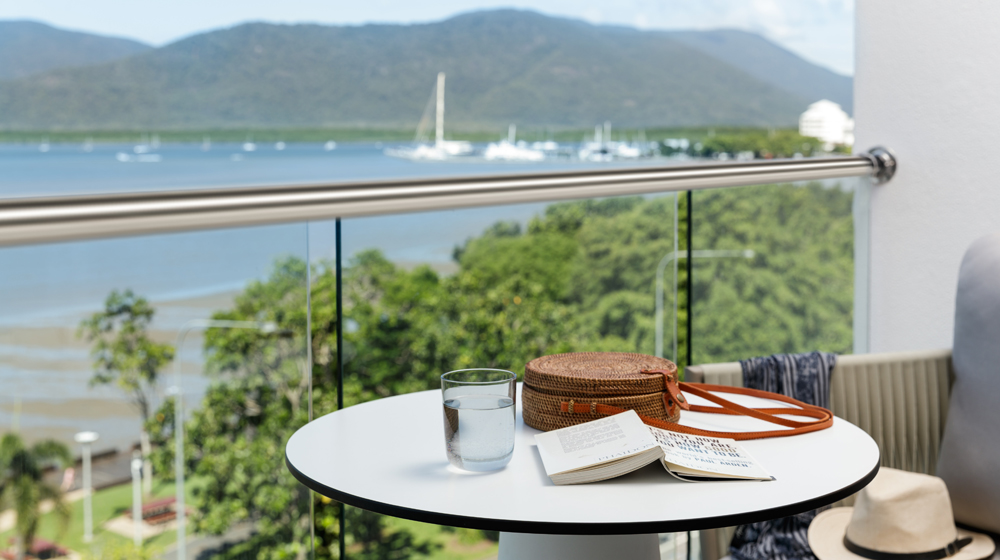