Adventure World Travel has broadened its reach into Canada, Alaska and the High Arctic following the release of its 2019 program, which Managing Director Neil Rodgers says is centred on “going deeper into the destination”.

Rodgers said Adventure World Travel has experienced a boom in Canada bookings over the last four years, with customers of the soft-adventure company now converting their second and third time visits, going beyond the traditional first-call destinations of British Columbia and Alberta.

“They are the ones going into the Northwest Territory and the eastern seaboard. But also when they are in Alberta and British Columbia they are doing more high-end programs, such as [the] summer heli-hiking programs or cycling adventures of Vancouver Island that we offer,” Rodgers told LATTE.

“As more and more players come into the market we’ve just taken that step to go that little bit further each time. Certainly last year you could not get a bear lodge in July, August or September, so what we’ve done is really widened our options. And in particular where we came to the fore was more bear lodge viewing in Alaska, which a lot of people hadn’t considered previously. The bear-viewing trend hasn’t abated. Consumers are wanting that boutique style of accommodation, such as at Kodiak and the Katmai Coast, along with Denali National Park.” 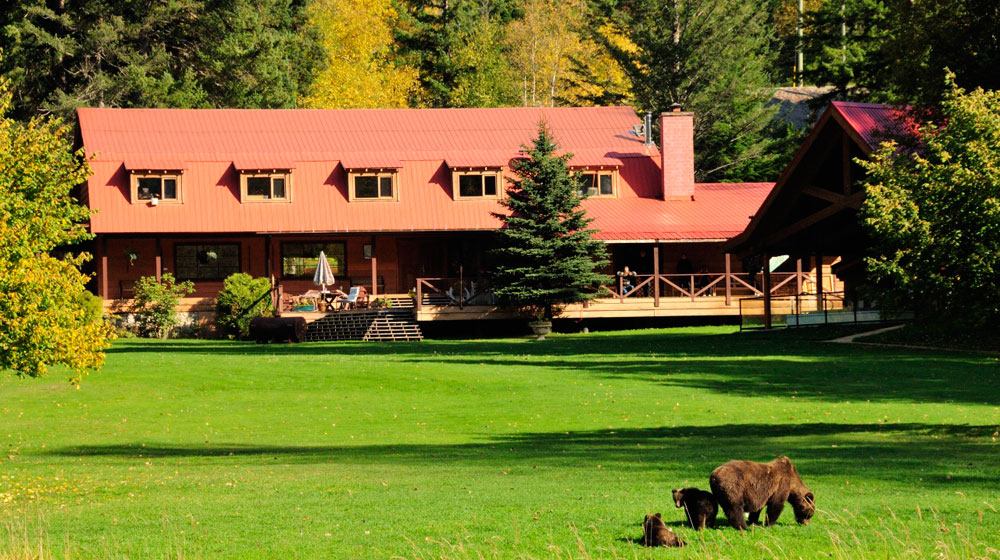 “The more adventurous side of Alaska is starting to pop up in all our programs,” Rodgers said. “A new program is Alaska Active that includes kayaking, rafting and biking all in one trip, from Anchorage to Fairbanks with most activity in Denali.”

Rodgers said the bulk of Adventure World’s clients coming to Alaska are joining a Lindblad or an UnCruise small ship journey. “We have trips out to Nome, and then travellers take a Lindblad ship across the Bering Sea to Russia. We are opening up that whole side of the world. Those departures have sold out so we are working on getting more inventory with Lindblad.”

The Adventure World head said the new baby boomer market, those over 50, are “active people”.

“They want to do it in comfort. And the definition of luxury is changing. Luxury for a lot of people now is just pure escapism from the masses and being able to be in a boutique lodge, and that is the major trend we are starting to see now. Whereas we maybe would have shied away from it five or six years ago, now it’s being fully embraced.”

“With the Adventure World brand and the evolution of it from where it was originally positioned until now, it started off as a three-star brand. When we moved forward, we used earthy tones and played a lot on imagery.

“I’d be working at expos and our key demographic would walk past and say ‘Sorry, we’re not into adventures’, and at that stage, they were thinking they’d be hanging off a mountain or that it couldn’t be luxurious in a sense. So the perception of the actual word ‘adventure’ and what it means has evolved. It’s a category that’s now really come into its own,” he said. 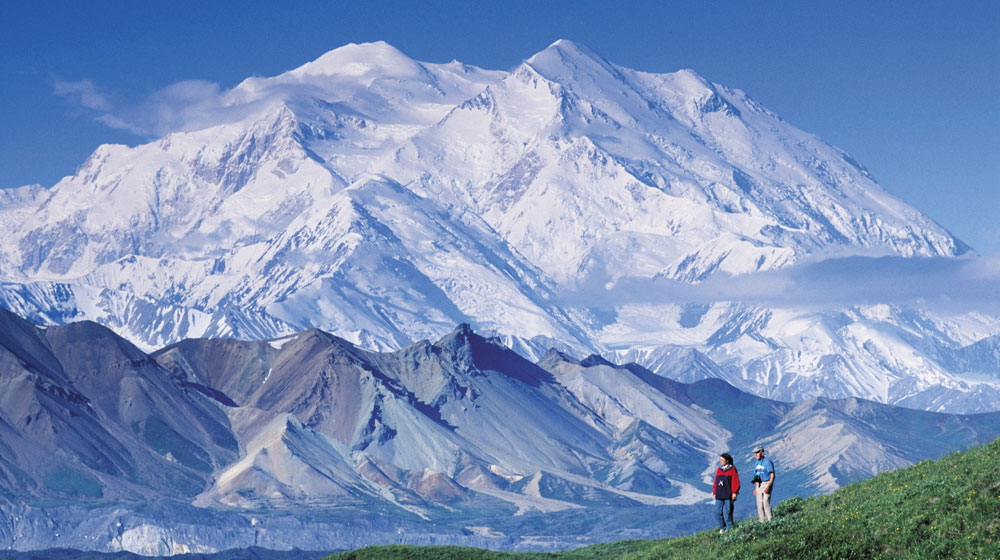 Itineraries within the Canada, Alaska and High Arctic program are custom-built and are able to have elements added or removed, depending on client preference.

“They are all dependent on availability at the lodges we use. When enquiring, we come back with two to three different options so that we enable the agents to make a quick choice.

“I think agents are very much aware that Canada and Alaska are premium destinations, certainly that booking period has lengthened out again. Really, right now for all of the Alaska programs, it’s peak booking period to get the cabins, particularly the ones they want. Because we are competing with the North American market.

“With Lindblad Expeditions we are lucky we have two additional vessels on the water, beyond Sea Bird and Sea Lion; they are the only two US vessels permitted to visit the indigenous area of Haida Gwaii on British Columbia’s coast. To now have the brand-new Quest and Venture, which are only 100 guests per program, that’s going to lift extra inventory in that area.”

Lindblad Expeditions has now added to its program an underwater diver. Rodgers said that there’s so much wildlife underwater and beneath the ship that a specialist will dive with a video camera, relaying imagery to  guests who are sitting in the Lounge watching the feed live. Guests are also provided with the opportunity to borrow their high-end photography equipment and are trained how to best use it and their own gear. 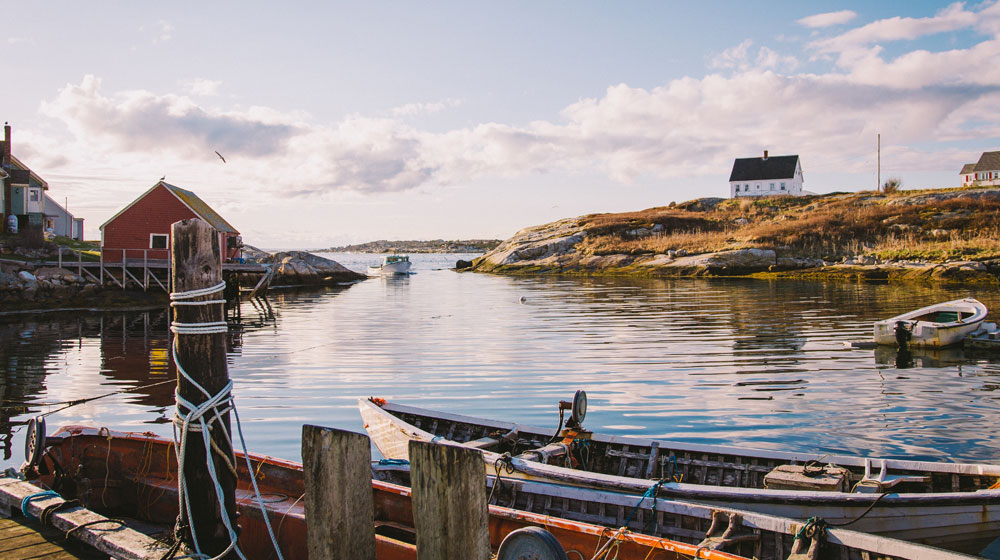 Beyond the west coast of Canada and Alaska, this year National Geographic has a Canadian Maritime voyage to Newfoundland, which visits Cape Breton Island. Elsewhere, heli-hiking in British Columbia is proving popular.

“It’s always been very big during the winter season, fly-in, fly-out, but it’s only been in the last three or so years that these pristine lodges have opened up to summer travellers. Guests fly in over bears, arriving at isolated lodges.” Rodgers himself did a heli-hiking trip and said: “The air is so fresh up there you can actually taste it.”

Back on the west coast, the 11-day Island Wildlife & Adventure is spent wholly on Vancouver Island.

“Most people tend to visit Butchart Gardens and then head up on a float plane over to one of the bear-viewing lodges. But further north on the island, near Port Hardy, there is a high concentration of orcas and bald eagles. It’s the ideal itinerary for nature lovers.”

Rodgers says the biggest trip for wildlife is in the Northwest Territories and Manitoba with the Polar Bears. Adventure World has long worked with Frontiers North to offer polar bear programs out of Churchill, but since partnering with Natural Habitat Adventures is now able to offer another option.

“The main difference with Natural Habitat is that you are there with a World Wildlife Fund Explorer leader, and what they specialise in is their tundra buggies. The difference is they have bigger windows and open viewing platforms. They also have steel mesh decking, allowing the polar bears to be within inches of guests. For the luxury side, they offer a Insight Vacations/Luxury Gold-like coach-style product with extra legroom and warming facilities. It’s the VIP version of being out there on the tundras.” 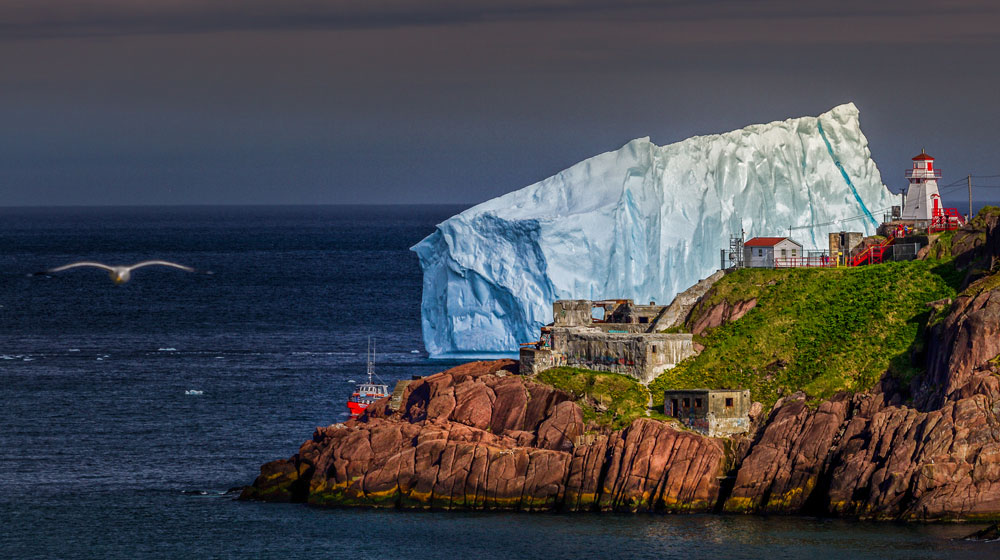 Also in Churchill, Natural Habitat has its own Aurora Pod: a custom-designed pod that is set on a tundra buggy. In total darkness, it offers a 360-degree view of the night sky, with glass walls, glass roof and a heated interior with cushioned seats. “It’s the ultimate luxury style to see the Northern Lights,” Rodgers says.

In the luxury space, Adventure World Travel also developed more tailor-made itineraries on the East Coast of Canada, such as lighthouse programs with boutique-style accommodation. Travellers can sit on Iceberg Alley and watch the icebergs floating by. “The Maritimes is one area that is suddenly starting to boom for us.”

One of Adventure World’s staple Canadian products is the two-day Rocky Mountaineer rail journey between Vancouver and Jasper or Banff/Calgary. This year, Adventure World has developed its own add-ons, where guests are able to book either an aurora-viewing or active wildlife experience. Some departures can also be matched up with sailings aboard Lindblad or UnCruise. 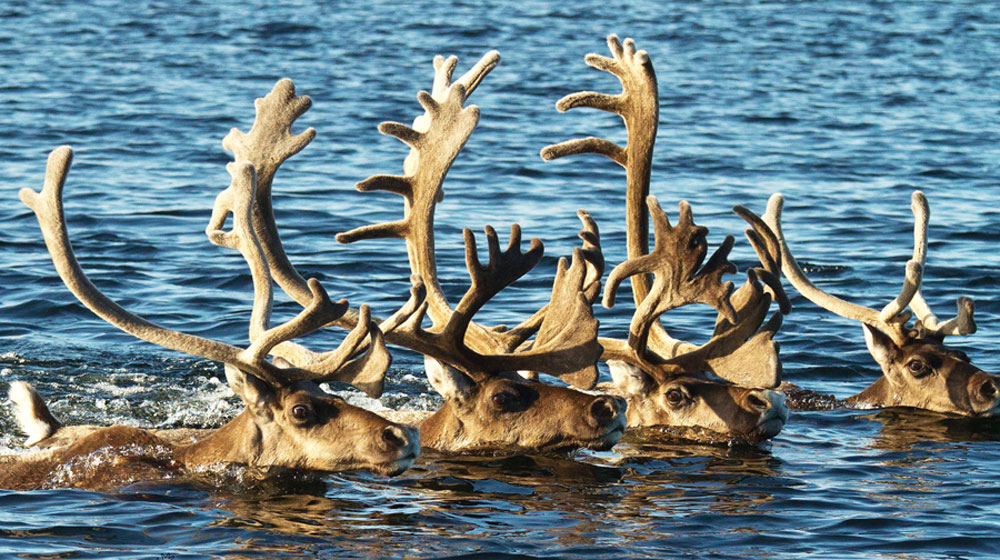 Speaking of wildlife, Rodgers said the caribou migration through Alberta during autumn was on his short list of new adventures to experience. It operates from Yellowknife in the Northwest Territories, and sees guests based at the Arctic Haven Wilderness Lodge to capture the spectacle.

Winter bookings have also increased for Adventure World, with Rodgers admitting surprise at the take-up of a Winter Explorer Ice Road experience to the Arctic Sea, made famous by the TV series Ice Road Truckers.

“We have programs that you can travel on the roads made famous by Ice Road Truckers, operating between Inuvik and Whitehorse, and then onto Dawson City along the Ice Road.”