There’s been a hive of activity happening in Victoria’s Mornington Peninsula over the past 12–18 months – so much so the region’s tourism collective is encouraging new and returning visitors to come, explore and stay.

In Sydney this week to promote the diverse mix of existing, new and up-and-coming venues, events and experiences on offer in the region was Mornington Peninsula Regional Tourism Board Member, Roger Lancia.

For out-of-staters, Mornington Peninsula is an hour’s drive south of Melbourne, comprising of cities including Frankston, Mornington, Hastings, Flinders, Rosebud, Dromana, Sorrento, Portsea and many more smaller towns and villages. The area is home to farms, beaches and national parks, and has a growing number of cellar doors (now tallying over 50) as well as craft breweries, cideries and distilleries and a multitude of farms. 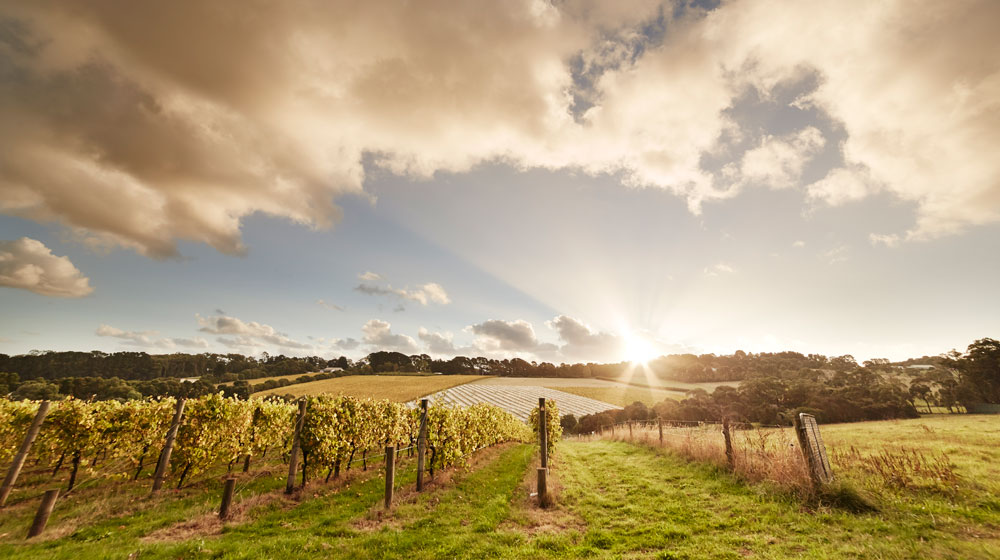 There’s a world-class eating scene, with five of Victoria’s hatted restaurants all within a 15–20-kilometre radius. According to Lancia, Mornington Peninsula’s cuisine offering rivals that of Melbourne’s CBD.

Lancia is also the General Manager of Pt. Leo Estate in Point Leo, a sculpture park that has the largest privately owned sculpture collection in Australi and a restaurant-cellar door. Its one-year-old restaurant, Laura, was last week awarded Australia’s Best New Restaurant in the Good Food Guide, the first time a venue in regional Australia has taken the accolade. Laura was also highlighted as one of Lonely Planet‘s Top 10 ‘Best New Food Experiences for Travellers’ in 2019, alongside locales in London, Cusco, Copenhagen and Bangkok.

“Pt. Leo Estate has had an impression on a national and international stage which we are so pleased about,” Lancia told an intimate gathering of media at Quay restaurant in Sydney, overlooking the Sydney Opera House.

Significant investment and changes have been ploughed into the region, including the accommodation offering. Earlier this year, the charming Lindenderry Redhill by Lancemore unveiled a facelift of its 40 rooms. Just this week, Lindenderry revealed it had secured Lakehouse Daylesford’s Executive Chef of 13 years, David Green, to lead its fine dining restaurant, The Dining Room. It’s another step that further escalates the destination’s dining experience.

The new 184-room RACV Cape Schanck Resort is located on the southernmost point of the Peninsula, and offers casual dining options in addition to Cape, the property’s flagship restaurant. It joins the five-star Jackalope Hotel which opened its 45 “dens” in April 2017, further bolstering the number of available keys for overnight stays in the Mornington Peninsula.

Among the cellar doors is Bass & Flinders Distillery at Red Hill. Run by father-and-daughter duo, Wayne and Holly Klintworth, the distillery produced Australia’s first grape-based vodka, award-winning gins, limoncello and an aged brandy, Ochre, its own take on cognac.

The Red Hill cellar door is open Friday–Sunday, offering tours, tastings and afternoon cocktails. Gin Masterclasses are held for up to 25 people. The two-hour class sees visitors blend their own concoction infused with botanical distillates to suit their taste. In coming months, Bass & Flinders will relocate its cellar door to a new, larger premises in the Dromana Industrial Estate.

In the next few weeks, Mornington Peninsula will launch a new lunch event series celebrating the region’s food, wine and produce. “Three Farmers & A Chef” is a seasonal event that will each feature a different chef, three farmers and location on the Peninsula.

Lancia said the region is “no longer just there for the day; we can host people for an experience”.

“We’re really seeing the Morning Peninsula really coming to fruition. It’s been an industry that has been evolving over the past 30 years. There has been reinvestment. People that have had businesses there are continuing to reinvest and grow.”

“From Lindenderry and Sorrento, Portsea, Merricks and Western Port Bay, it wasn’t thought of 10 years ago as a destination; now, over the past 12 months, it’s 100,000+ visitors to that region alone.

“If you haven’t been on the Peninsula in the past 12 months, it’s time to go back and it’s time to revisit old friends, so to speak,” Lancia said.