Crystal River Cruises has unveiled its complete deployment for its fleet in 2021 giving travellers nearly three years in advance to plan luxury vacations along Europe’s rivers. The line’s five luxury river ships – Crystal Mozart and the four identical sister ships Crystal Bach, Crystal Debussy, Crystal Mahler and Crystal Ravel – will sail the Danube, Rhine, Main and Moselle rivers on itineraries of seven to 16 days. With 45 unique ports of call, dozens of which are designated UNESCO World Heritage Sites, every voyage features at least one overnight stay, many with double and even triple overnights, allowing guests to further immerse themselves in the ports’ charm and history, or venture to nearby towns for broader experiences. 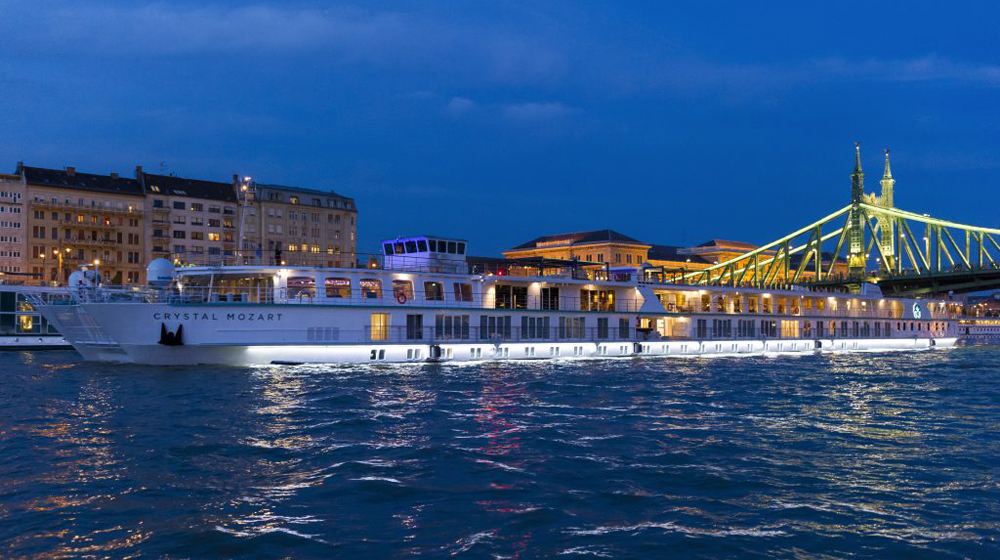 “We have seen such great demand and increasing desire by luxury travellers to secure their ideal European vacations earlier than ever and we are pleased to make our complete offerings for 2019, 2020 and now 2021 available for booking,” said Walter Littlejohn, Crystal River Cruises’ vice president and managing director.

“Not only does this advance ability to plan help ensure that our guests enjoy their Crystal River Experience precisely the way they wish, but our Book Now Savings adds more incentive to book early, guaranteeing the best fares for guests who plan ahead.”

The “Eastern Danube Discoveries” voyage will debut on Crystal Mozart offering deeper exploration of Hungary as well as Serbia and Croatia. Other itineraries highlight the seasonal delights of riverside destinations, like springtime “Tulips & Windmills” sailings that explore the flower-laden fields of the Netherlands and Belgium; and winter sailings that focus on the dazzling spectacles of the region’s famed Christmas markets. Crystal will also sail the river less travelled, with “Enchanting Moselle” voyages through the scenic Moselle Valley.

Romantic Rhine – 7 nights, Amsterdam to Basel. Featuring overnights in Koblenz and Amsterdam; calling in Cologne, Rüdesheim and Mannheim, Germany; and Strasbourg, France, and cruising through Boppard and Lorelei, Germany.

Rhine Christmas Markets – 10 nights, Amsterdam to Basel/Basel to Amsterdam. Beginning and ending with overnights in Basel and Amsterdam (double overnight), as well as overnights in Koblenz, Germany; calling in Rüdesheim, Speyer, Breisach, Cologne and Strasbourg, France.

Delightful Danube – 7 nights, Budapest to Regensburg/Regensburg to Budapest. Featuring overnights in Budapest, Regensburg and Vienna; calling in Dürnstein and Melk, Austria; and Passau, Germany, as well as cruising the Wachau Valley.

Danube Serenade – 7 nights, Vienna to Budapest/Budapest to Vienna. Featuring overnights in Vienna and Budapest; calling in Dürnstein, Melk, Linz and Krems, Austria; and Bratislava, Slovakia, and cruising the Wachau Valley.

Treasures of the Danube – 10 nights, Vienna Roundtrip. Beginning and ending with overnights in Vienna and also overnighting in Budapest and Passau; calling in Bratislava, Slovakia; Dürnstein, Melk and Linz, Austria; and cruising the Wachau Valley.

Christmas Wonders of the Danube – 7 nights, Budapest to Passau/Passau to Budapest. Featuring overnights in Vienna and Budapest; calling in Bratislava, Slovakia; Krems, Melk and Linz, Austria and cruising the Wachau Valley. 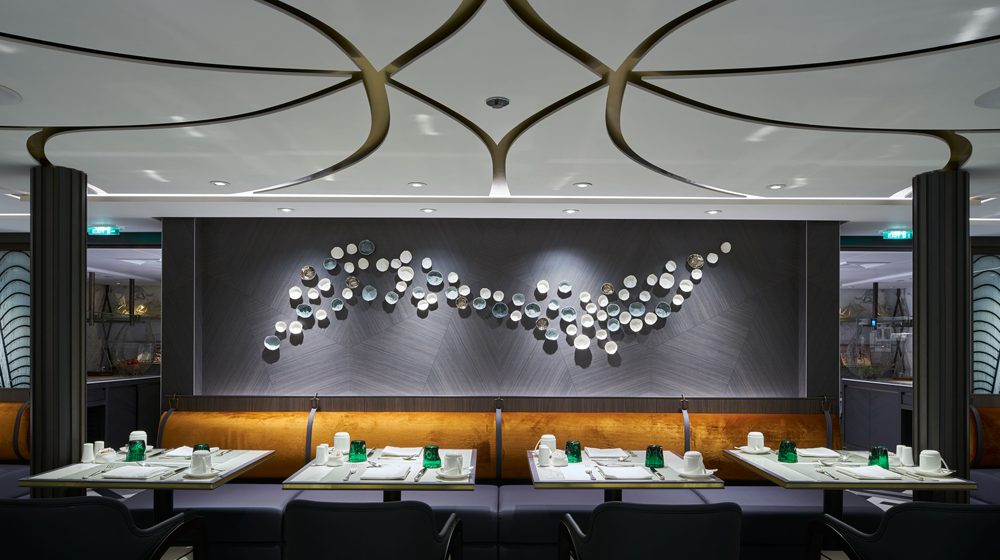 Grand Europe – 16 nights, Budapest to Amsterdam/Amsterdam to Budapest. Overnighting in Budapest, Vienna, Amsterdam, Regensburg (westbound only) and Rüdesheim (eastbound only); calling in Bratislava, Slovakia; Dürnstein and Melk, Austria; and Passau, Regensburg, Nuremberg, Rüdesheim, Bamberg, Cologne, Miltenberg and Würzburg, Germany, as well as Koblenz, Germany and the Rhine Gorge on the westbound route; and cruising the middle Rhine Valley.

23 December – Crystal Mahler Holiday Cruise – 10 nights, Regensburg to Budapest with New Year’s Eve in Vienna. Beginning with an overnight in Regensburg and ending with a double overnight in Vienna (including New Year’s Eve) and also overnighting in Linz and Budapest; calling in Melk, Austria; Passau, Germany; Esztergom, Hungary; and Bratislava, Slovakia.

Fares for Crystal River Cruises’ 2021 voyages start at US$2,399 per person. Book Now Savings are up to US$2,000 per suite on select voyages through 30 November 2018. Crystal also recently unveiled the complete deployment for 2020, which features new itineraries and special programming, including the decennial Oberammergau Passion Play.

Which Silversea Antarctica expedition is right for your client?

Oct 21, 2020
Prev Next 1 of 1,640
Tweets by LATTEluxurynews
Subscribe to the LATTE enews
Enquiries