SO/ Auckland makes its grand debut 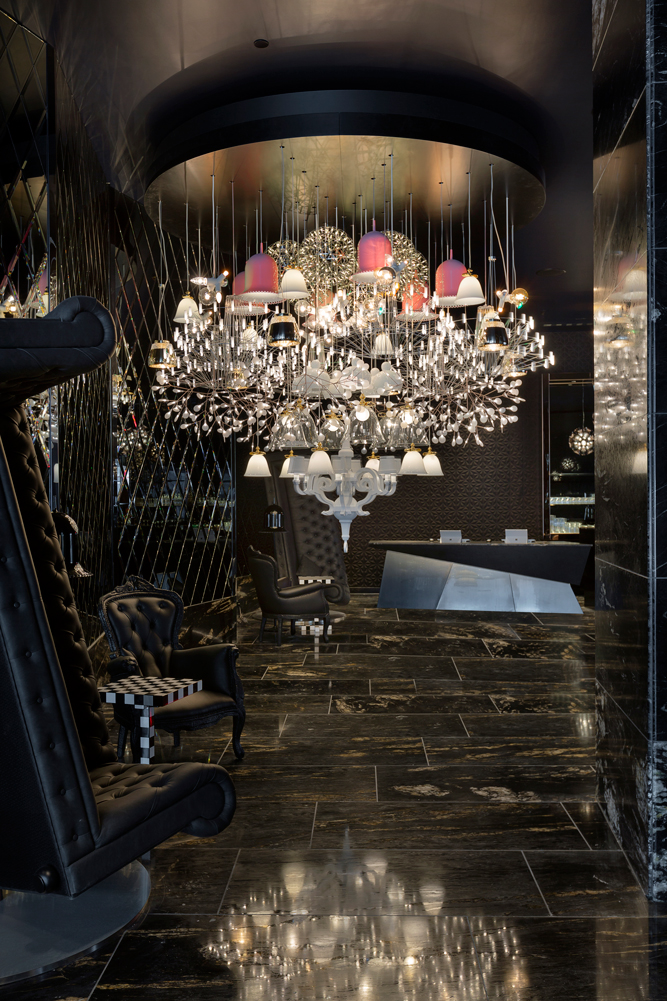 After much anticipation, international luxury lifestyle hotel SO/ Auckland has removed the bollards and rolled out the red carpet, welcoming guests and nosy neighbours to eat, drink, stay and play in the heart of the city.

Renowned Kiwi fashion innovator WORLD has provided flair throughout the hotel as the signature design partner for this designer lifestyle hotel. WORLD’s influences include the hotel’s bold emblem design, which reflects the volcanic history of Auckland, the natural beauty of New Zealand and the history of the building itself.

Located in prime position at 67 Customs Street East, SO/ Auckland occupies the former Reserve Bank and home of the country’s gold reserves. As the seventh addition to the SO collection of “rebellious lifestyle hotels” around the globe, and the first to open in the Pacific region, SO/ Auckland shatters conventions.

Playing on the volcanic theme, guests can choose their room design style from Vapour, Liquid and Solid in all SO Cozy, SO Comfy, SO Club and SO Studio rooms. A floor has been dedicated to Penthouse Suites, each enjoying their own exclusive style; SO Lofty features a Caldera theme, and SO VIP an Exposure theme.

“We’re ecstatic to finally open the doors to Auckland’s most audacious hotel,” said SO/ Auckland General Manager Stephen Gould. “It’s been an exciting journey with the global SO team since 2011 to prepare for opening, including two years of immersion with the brand at SO/ Bangkok. Every touch of a SO/ hotel is unique to its location and thanks, in large part, to our signature designer WORLD, we have unlocked a destination truly unique to our shores,” he said.

Following in the line-up of celebrated fashion designers, WORLD joins an international stable that includes Mr. Kenzo Takada in Mauritius, Monsieur Christian Lacroix in Bangkok and Viktor&Rolf in Berlin. An obvious fit for the hotel due to their bold, energetic, playful style, WORLD’s touch can be seen in everything from the staff ‘attire’, wallpaper, suite artwork, neon art installations and, most importantly, the hotel’s unique emblem.

Benny Castles, Designer and Director for WORLD explains, “We knew from the outset this was a very special project to collaborate on. Our role was to create an experience that helped guests and visitors leave the hustle and bustle of the city behind and welcome them into a new world. Now SO/ Auckland has opened, I’m beyond excited to see the reaction.”

Furniture and lighting installations by Dutch design house, Moooi, delight throughout the hotel. Most spectacularly, Mixo Bar on the ground floor entrance is home to the hotel world’s first Mega Chandelier created by Marcel Wanders. It is valued at NZ$180,000.

The HI-SO rooftop bar, with expansive views of the Waitemata Harbour and Rangitoto Island, is set to transform the way Kiwis and visitors socialise this summer.

Preparing what’s set to become his signature dish, vodka crayfish, Marc explained: “I’m so pleased to have touched down in my new, beautiful home. In 2012 I visited New Zealand for the first time and fell in love with the country – the fantastic produce and wine as well as the amazing scenery wherever you go, fresh air and generous, friendly people.”

And what’s a designer hotel without the most indulgent of spas? SO/ Spa is bringing the big guns (and potions) to answer all beauty, wellness and relaxation prayers. With innovative offerings like Himalayan detox therapy, Tibetan sound healing, chakra balancing and peeling Chlorella masks, there is something to relax and revitalise every type of spa-goer. Whether it is a quick morning-after eye treatment or combating jetlag, there are spa treatments aplenty.

Rates begin from NZ$469 per room per night and each of the hotel’s 130 rooms includes its own luxurious bath, an abundance of natural light, a separate rain-shower, on-demand in-room technology, complimentary non-alcoholic mini-bar and Wi-Fi, a flat-screen TV and a choice of harbour or city views. Harbour-view rooms also have outdoor balcony access.

The hotel is also home to the Club Signature lounge, SO/ Fit and an indoor heated pool, and has a cafe opening in early 2019.