Aranui Cruises has made its inaugural visit to Pitcairn Island with mixed cargo and passenger vessel, Aranui 5. The company anchored in Bounty Bay for the first time on 15 January 2019, more than 200 years after the Bounty.

The ship’s guests disembarked from tenders at the base of the ‘Hill of Difficulty’ ahead of a day of sightseeing around the island.

Guided by the ship’s crew and descendants of Bounty mutineers, Fletcher Christian and John Adams, guests visited the island’s museum, home to the Bounty Cannon, a Curio and Craft market, the ‘halfway trail’ to Christian’s Cave and the Post Office. The Post Office opened especially for guests wanting to purchase a rare Pitcairn stamp; many took the opportunity to send a postcard to commemorate having stepped foot on the remote island.

Among the guests were 70 Australian visitors and 17 New Zealanders, including a handful of Pitcairn descendants from Norfolk Island.

Just as the Bounty arrived with a cargo of breadfruit, the Wong family, owners of Aranui Cruises, gifted the Pitcairn people a Tahitian breadfruit tree to symbolise the strong connection between their two homes. Aranui’s Regional Representative for Australia and New Zealand, Laurent Wong, helped Pitcairn Mayor Shawn Christian plant the tree at a prominent site out the front of the future Grand Plaza.

“To be here on the exact day that the Bounty arrived 229 years ago is a very special moment for all of us, as we forge a new seafaring link between Polynesia and Pitcairn. It has been a thrill to retrace the famous journey of the Bounty, while also calling at some stunning, new French Polynesian islands along the way,” Wong said.

“An overwhelming sense of excitement ran through the ship when we first spotted Pitcairn on the horizon. We arrived to a beautiful, sunny day, and received a warm welcome from the people of Pitcairn. I think it’s fair to say that our guests loved every minute of their visit to Pitcairn, and I know we’re all going away from this trip with so much more than just a coveted Pitcairn stamp in our passport.

“To round out the perfect day, we invited the Pitcairn community to have dinner on Aranui 5 so our guests could spend a little more time with their new friends, and held an official plaque ceremony on the pool deck. As the sun was setting over Pitcairn, Aranui’s Polynesian crew performed a traditional dance and in return, all the Pitcairners sang a farewell song to wish us a safe return home. It was a magical moment that felt like distant relatives meeting again after a long time – which was the case for one of our guests, who had left Pitcairn at the age of two and was thrilled to have the opportunity to return home for a visit.”

The historic visit to one of the most remote destinations in the world was part of a new 13-day itinerary across Tahiti’s southern archipelagoes, which also included calls to the palm-fringed lagoons of Amanu and Tahanea in the Tuamotus; Mangareva and Aukena in the Gambiers, which both offer pristine lagoons perfect for black pearls; and Raivave and Rapa in the Austral Islands.

After the inaugural cruise sold out within two weeks, Aranui launched an encore cruise, which will depart on 21 March 2019. A third Pitcairn itinerary, announced as part of the 2020 program, has also sold out.

Offering guests a more modern way to visit Pitcairn than their Bounty predecessors, the 250-passenger Aranui 5 features a restaurant, two conference rooms, lounges, a library, a boutique, a swimming pool, a gym, a spa and four bars including the popular Sky bar. 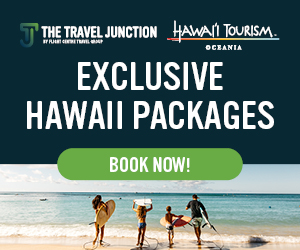