During the celebration, the philanthropist, TV icon and founder of O, The Oprah Magazine, was joined by Orlando Ashford, President of Holland America Line; Stein Kruse, Holland America Group and Carnival UK CEO; and Arnold Donald, President and CEO of Carnival Corporation.

Ashford said: “Oprah’s magnetic energy and astounding ability to inspire others is admired around the world, and today was the perfect culmination of a memorable few days together on Nieuw Statendam and our ongoing partnership with O, The Oprah Magazine.”

Nieuw Statendam’s dedication ceremony followed the three-day Girls’ Getaway cruise to the Caribbean that celebrated the power of female relationships. Gayle King, editor-at-large of O, The Oprah Magazine and Winfrey’s best friend, joined her on the cruise, along with several other senior editors from the magazine. 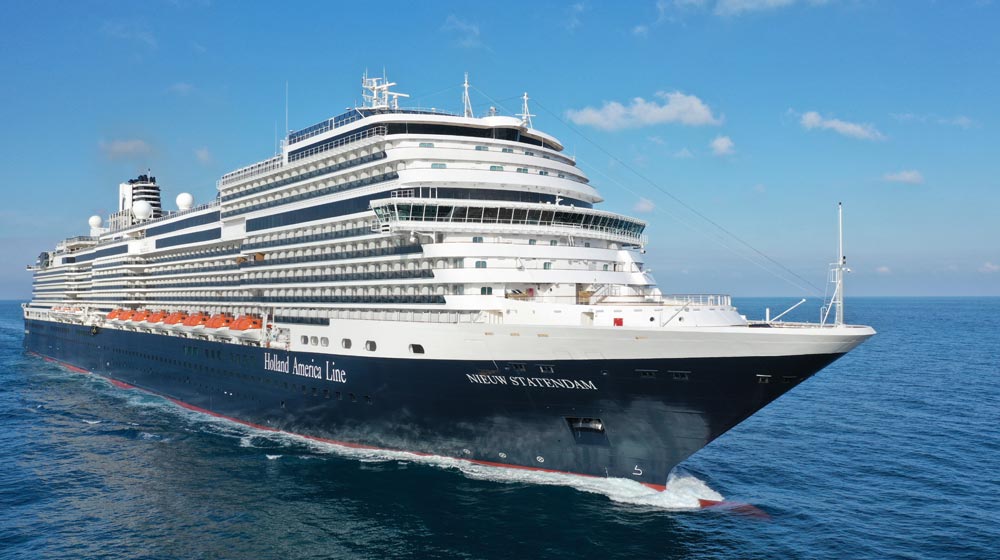 During the ceremony, Ashford highlighted the connection between Nieuw Statendam, the legacy of the ship’s name and the stories of life-changing travel experiences for the officers and crew, travel professionals and guests, saying: “Nieuw Statendam represents our highest aspirations for connection and understanding in our world. She is a vessel for exploration and adventure across countries, languages, cultures and peoples, and — we hope — a source of joy for our guests for many years to come.”

Winfrey dedicated the ship as its godmother with the traditional statement, “I name this ship Nieuw Statendam. May God bless her and all who sail on her.” The ceremony concluded when Winfrey triggered the release of the traditional bottle of champagne that broke against the ship’s bow.

Nieuw Statendam was delivered from Fincantieri’s Marghera, Italy, shipyard on 30 November 2018, and is currently sailing its inaugural season from Fort Lauderdale to the Caribbean through until April 2019. The new 2,666-guest ship is the sixth vessel in the company’s history to bear the name.