Queen Elizabeth sails into Sydney for a Cunard celebration

The visitors – including the likes of Donny Galella, Michael Brown and David Vitale – gathered on the Lido Pool Deck with an unmissable view of the Sydney Harbour Bridge, enjoying Champagne Laurent-Perrier, cocktails from award-winning Melbourne whisky distillery STARWARD and an ice-sculpture adorned sashimi and blini station. Guests were also among the first to see the ship’s bell boys decked out in their new all-Aussie look from R.M.Williams and Akubra.

Ryan Taibel, Vice President, Sales & Marketing Cunard, Australia and New Zealand, welcomed visitors aboard the famous ship, “a destination in her own right”, he said, for her first Australian homeport season.

Not only will Queen Elizabeth return to Sydney and Melbourne next year for 101 days, but she will also call Australian waters home for 118 days over the 2020-2021 summer.

With the grande dame set to be a familiar sight in Australia, Cunard has partnered with four local companies: R.M.Williams and Akubra for its uniforms, STARWARD Whisky for its drinks and Australian Dance Theatre for performances and onboard dance classes as part of a six-night Tasmania dance-themed cruise, departing 12 March 2019.

The guests were also among the first to sample The Seafarer, STARWARD’s well-travelled whisky that voyaged around the world on an open-air deck of Queen Elizabeth, traversing 95,000 nautical miles and countless weather conditions since February last year before the barrel was unloaded and bottled in Melbourne last week. The unique ‘maturation journey’ has made for a “truly remarkable drop,” said STARWARD’s founder, David Vitale.

At 90,900 tonnes, Queen Elizabeth is the second largest ship ever to sail in Cunard’s fleet. Launched in 2010, the 2,081-passenger ship is also the youngest in the 179-year-old cruise line’s current trio of Queens. She features more than 10 restaurants and cafes, a Games Deck featuring paddle tennis, croquet and bowls, a two-storey library, a ballroom and the three-deck Royal Court Theatre, seating 800 guests and offering private boxes. 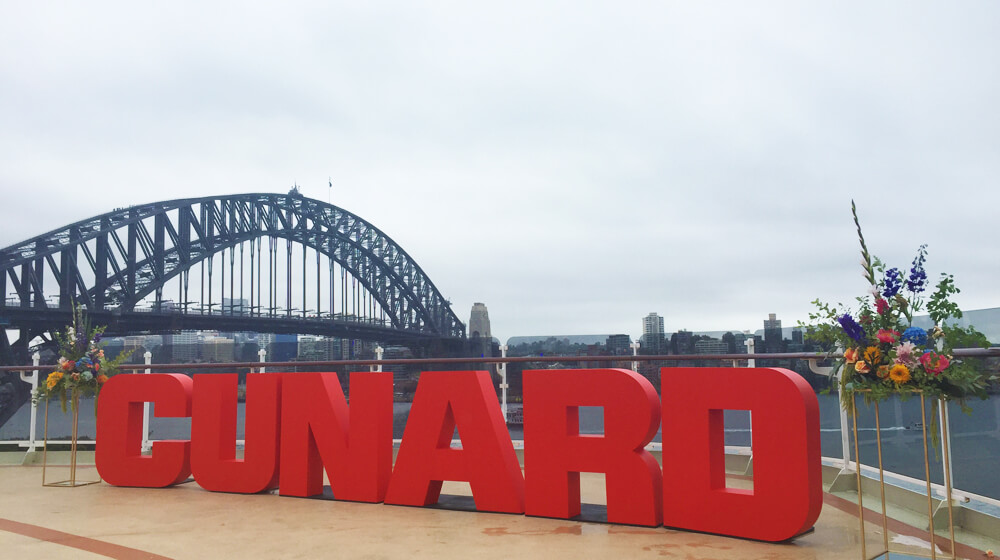 All signs pointing up for Austria’s COVID rebound

May 26, 2022
Prev Next 1 of 2,025
Tweets by LATTEluxurynews
Subscribe to the LATTE enews
Enquiries