In its fifth supersonic rocket-powered test flight, Virgin Galactic reached space for the second time in 10 weeks today [22 February 2019] in the skies above Mojave, California. Spaceship VSS Unity reached its highest speed and altitude to date and, for the first time, carried a third crew member on board along with research payloads from the NASA Flight Opportunities program.

This space flight means Chief Pilot Dave Mackay and co-pilot Michael “Sooch” Masucci become commercial astronauts and the 569th and 570th humans in space. Beth Moses, Virgin Galactic’s Chief Astronaut Instructor, flew as the third crew member in a first, live evaluation of cabin dynamics. She is the 571st person to fly to space and the first woman to fly on board a commercial spaceship.

In addition to this element of envelope expansion, VSS Unity flew higher and faster than ever before, as its world record-holding hybrid rocket motor propelled the spaceship at Mach 3.04 to an apogee of 295,007 feet (approximately 90 kilometres).

The crew enjoyed extraordinary views of Earth from the black skies of space and, during several minutes of weightlessness while the pilots “feathered” the spaceship in preparation for a Mach 2.7 re-entry, Beth floated free to complete a number of cabin evaluation test points. The human validation of data previously collected via sensors, and the live testing of other physical elements of the cabin interior, are fundamental to the provision of a safe but enjoyable customer experience.

The glide back home was followed by a smooth runway landing and a rapturous reception from the crowd on the flight line, which included staff and some of Virgin Galactic’s 600 Future Astronaut customers.

Chief Pilot Dave Mackay, a born and bred Scotsman as well as an ex-RAF test pilot and Virgin Atlantic Captain, led his crew of newly qualified astronauts from VSS Unity accompanied by a kilted piper. 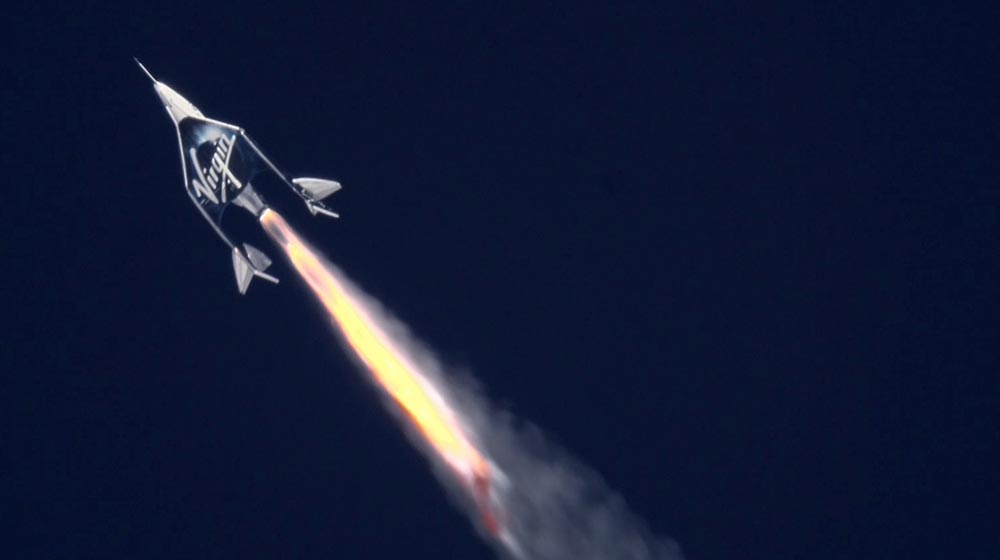 Addressing colleagues and guests Dave said: “Beth, Sooch and I just enjoyed a pretty amazing flight which was beyond anything any of us has ever experienced.

“It was thrilling, yet smooth and nicely controlled throughout with a view – at the top – of the Earth from space, which exceeded all our expectations.” Chief Pilot Dave Mackay

“I am incredibly proud of my crew and of the amazing teams at Virgin Galactic and The Spaceship Company for providing a vehicle and an operation which means we can fly confidently and safely. For the three of us today this was the fulfilment of lifelong ambitions, but paradoxically, is also just the beginning of an adventure which we can’t wait to share with thousands of others.” 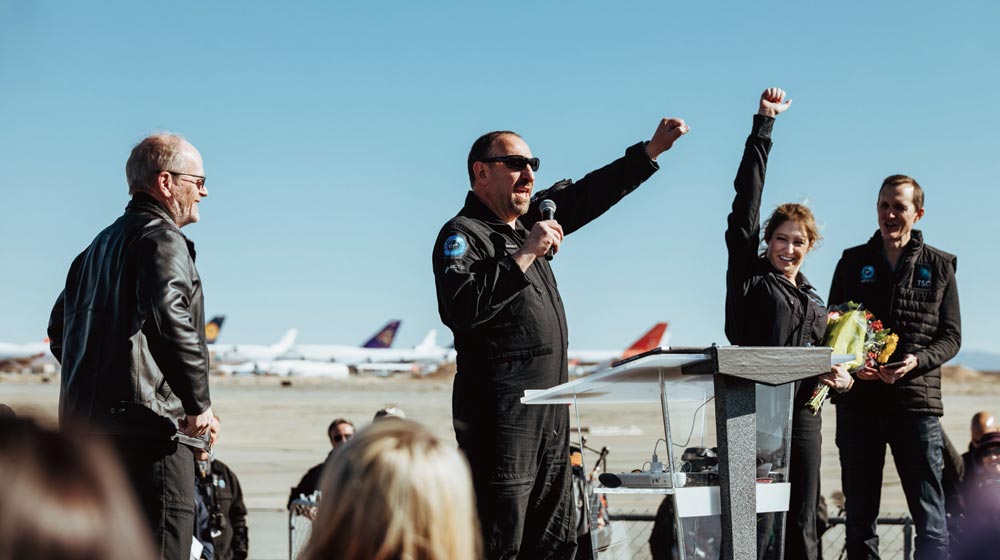 Sir Richard Branson said: “Flying the same vehicle safely to space and back twice in a little over two months, while at the same time expanding the flight envelope, is testament to the unique capability we have built up within the Virgin Galactic and The Spaceship Company organisations. I am immensely proud of everyone involved.

“Having Beth fly in the cabin today, starting to ensure that our customer journey is as flawless as the spaceship itself, brings a huge sense of anticipation and excitement to all of us here who are looking forward to experiencing space for ourselves. The next few months promise to be the most thrilling yet.”

SeaDream showcases the Caribbean’s best in 2021