Cunard has revealed it Oceans of Discovery voyage program for November 2020 through May 2021, featuring Full World Voyages and in-depth itineraries in Japan and Australia. The Cunard fleet, including Queen Elizabeth, Queen Victoria and flagship liner Queen Mary 2, will call at 94 destinations in 38 different countries, including four exciting maiden calls in Japan, Taiwan and New Zealand.

In 2021 Cunard will continue its tradition of world cruising by operating Full World Voyages on two ships: Queen Mary 2 will offer the classic East–West voyage to Australia and Asia, Southern Africa, the Indian Ocean, Arabian Gulf and the Mediterranean; Queen Victoria will travel the globe with a westbound circumnavigation via the Panama Canal. Queen Elizabeth will carry out exotic voyages with regionally focused itineraries in Australia and Japan.

Whether travelling on a two-night short break or a full 113-night world voyage, the Cunard 2021 program will offer a mix of the most celebrated cities along with smaller, off-the-beaten-path but equally charming destinations. Itineraries have been thoughtfully created to offer longer, more enriching days in port as well as plenty of time at sea to enjoy everything Cunard ships have to offer.

Cunard World Club members will be able to book exclusively beginning on 12 March 2019, and booking will open for the public the next day.

Queen Mary 2 will undertake her classic East–West World Voyage in 2021 to Australia and Asia, which includes the Mediterranean, Arabian Gulf, Indian Ocean and Southern Africa. The World Cruise can be taken as a roundtrip from either New York (113 nights) or London (99 nights). Shorter voyage options range in length from two to 64 nights and can be combined in many ways, allowing guests to create the ideal travel experience to the cities of their choice.

The beginning of the voyage is routed via South Africa and the Indian Ocean to Australia. From there, Queen Mary 2 will head north to Hong Kong and on to Singapore via Vietnam. She will then travel through the Malacca Straights across the Indian Ocean to the Arabian Gulf. The final leg of the voyage is the return to London from Dubai, which is routed via the Suez Canal and the Mediterranean Sea. The voyage includes many overnight stays allowing guests to be immersed in the various cultures of these destinations. 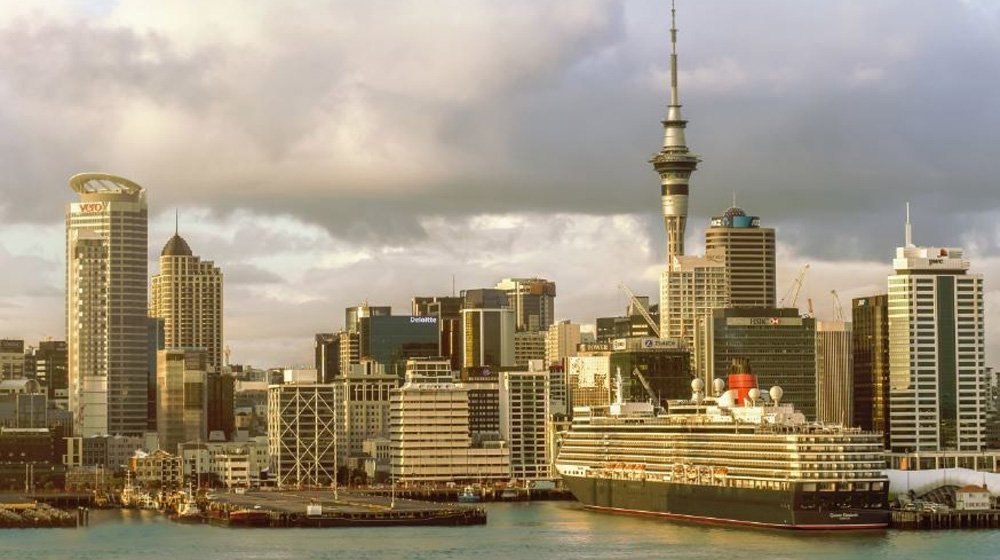 Queen Victoria‘s World Voyage will be a westbound circumnavigation through the Panama Canal, which can be taken as a roundtrip from either Hamburg (112 nights) or London (108 nights), or a one-way voyage starting in Fort Lauderdale and ending in London (97 nights). Her voyage will begin by crossing the Atlantic Ocean to Florida via Bermuda, followed by a trans-Panama segment. Queen Victoria will then cross the Pacific Ocean via Hawaii and Samoa to New Zealand and from there she will call in Sydney, Australia’s Gold Coast and Great Barrier Reef before travelling to Hong Kong via Darwin and Vietnam. Following her Asia visit, she will return to London via Singapore, the Indian Ocean and South Africa.

In December 2020 and early 2021, Queen Elizabeth will offer a series of roundtrip voyages from international ports with deeper, richer and more regionally focused itineraries. In between these deployments will be exotic grand voyages that capture the imagination and spirit of adventure in travel lovers across the world.

Queen Elizabeth will operate four roundtrip voyages from Melbourne and four from Sydney, covering the popular regions of South Australia, Tasmania and New Zealand. New in 2021 is a pair of “open-jaw” New Zealand voyages, travelling from Sydney to Auckland and the reverse.

At the end of the Australian season in March, Queen Elizabeth will travel north to Japan via Southeast Asia. The voyage will include a variety of exciting destinations such as Papua New Guinea, Singapore, Vietnam, Hong Kong, Taiwan and the Philippines.

Queen Elizabeth‘s Japan deployment, mid-April to mid-May 2021, will consist of four roundtrip voyages out of Tokyo.

In addition to Cunard’s 2021 winter program, Cunard is happy to announce additional voyages on Queen Mary 2 and Queen Victoria. These include Queen Mary 2‘s signature seven-night Transatlantic Crossings departing 8 and 15 December 2020, 3 January and 19 April 2021; and a 12-night Caribbean roundtrip sailing out of New York departing 22 December 2020. In both January and April 2021, Queen Victoria will offer two- and four-night Short Break voyages from Southampton and Hamburg.

World Voyage Benefits
Those booking a full World Voyage on Queen Mary 2 (99 or 113 nights) or Queen Victoria (97, 108 or 112 nights), will receive the following benefits:

Guests travelling on a Full World Voyage booked by 31 August 2019 will receive a variety of exclusive benefits:

Grill Benefits
Guests booked in a Grill Suite on voyages seven nights or longer will receive Free Gratuities and Free Drinks. Promotion may not combine with other offers. Promo Code: ZED

Cunard World Club Member Savings
Members will receive a discount of up to US$2,000 per person off launch fares effective at program launch, subject to inventory availability. This discount applies on all cruises, for past guests only, until 31 August 2019. Discount amounts vary by voyage length and category booked.

Full details and terms about Cunard’s 2021 Voyage Program can be found here.