Incentive to reward advisor who upsells the most

Hawaiian Airlines is offering travel advisors the chance to win 200,000 HawaiianMiles and a mini stay at the Hilton Hawaiian Village by booking passengers in the airline’s Extra Comfort class.

The incentive is running from now through to 27 March and based on booking at least one segment on an international ticket with Hawaiian Airlines in Extra Comfort, processed as an EMD-A. Flights must originate in either Sydney or Brisbane, and fly through to Honolulu or one of Hawaiian Airlines’ 13 Mainland USA cities.

Advisors will receive one point per ticket. The agent with the highest accumulated points at the end of the promotion will win the 200,000 HawaiianMiles and three nights in Rainbow Tower Ocean Front accommodation at Hilton Hawaiian Village Waikiki Beach Resort. 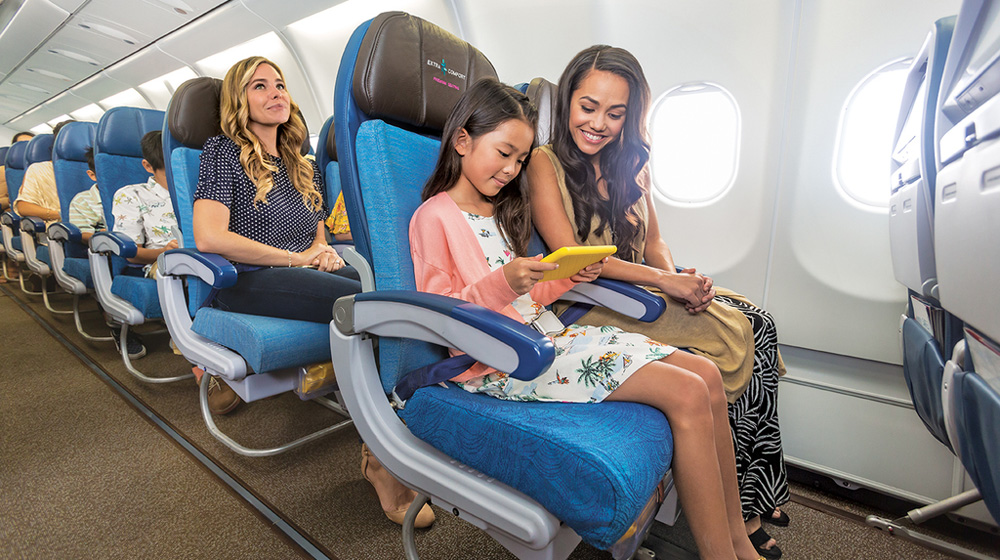 For clients, the benefits of travelling in Extra Comfort are vast. There’s more leg room, priority boarding, a special amenity kit, personal electrical power outlet and access to priority screening at Honolulu, New York and a number of other airports (including Boston, when those services commence next month).

The cabin itself is positioned directly behind Business Class. Originally introduced on the Sydney route in 2014 (and, since then, the Brisbane route), Extra Comfort has been expanded from 40 to 68 seats on Hawaiian’s Airbus A330 aircraft.

According to Hawaiian Airlines’ recently appointed Regional Director for Australia and New Zealand, Andrew Stanbury, the product has been “extremely popular” with Australian travellers – so much so, it often sells out. That’s why Hawaiian Airlines recommends that agents upsell their clients at the time of booking; customers who leave the decision until the last minute, or those who hold out until checking in for their flight, can be left disappointed. Plus, it’s a fraction more expensive when upgrading at check-in. 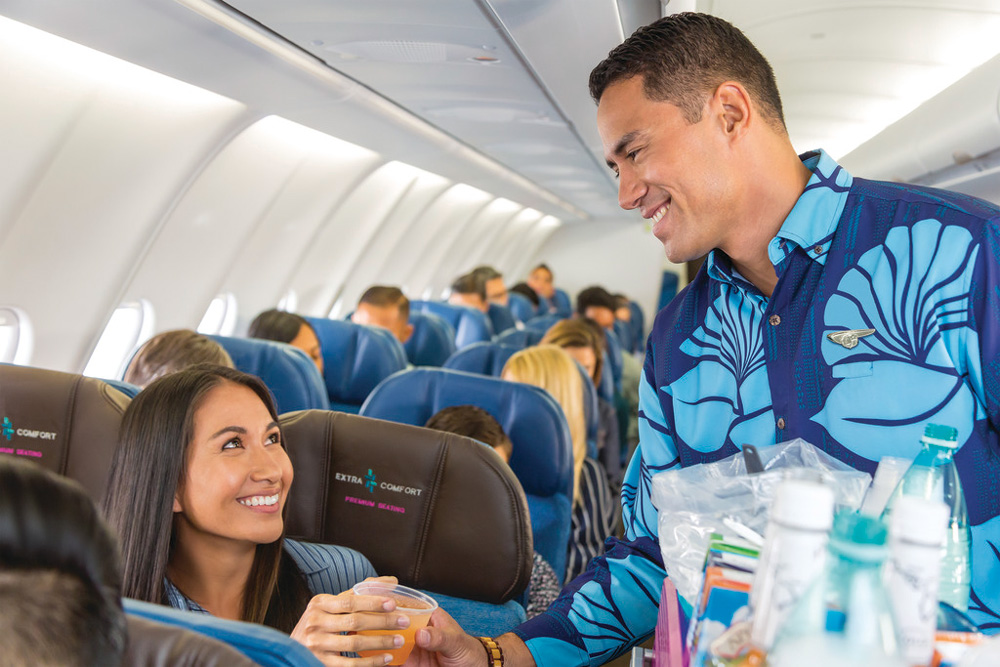 Extra Comfort can be sold through travel advisors by making an Economy reservation and then purchasing an upgrade for AU$179 per sector (eg Sydney to Honolulu or Honolulu to Sydney). Alternatively, guests can upgrade at check-in for a cost of AU$189 per sector.

“For a relatively modest outlay Extra Comfort is exactly that, taking Economy seating and services that little bit further with additional touches and conveniences.”

Extra Comfort is offered on Hawaiians’ Airbus A330-200s and A321s that operate between Hawaii and mainland US destinations.

View a flyer on the promotion here.

LATTE experienced the Extra Comfort product on a recent 10.5-hour flight to Honolulu from Sydney, and the slightly longer return journey. The aforementioned benefits can’t be understated.

Throughout the Economy cabin, it’s a 2-4-2 configuration, so while there is the highly sought extra leg room in Extra Comfort, the width remains the same.

On the outbound sector, my seat 12E (the dreaded middle seat) is in the somewhat-private cabin-between-cabin zone, positioned between the bulkhead separating me from Business and the galley at the front of the Economy cabin. Here, there are only 12 seats: two centre rows of four and two sets of two on the sides. When the doors close, it becomes apparent the vacant aisle seat beside me is free and I happily slide over to 12G.

When seated, I’m offered a drink and a provided a compact canvas-printed amenity kit that includes the essentials and a bit more: toothbrush and toothpaste, eye shade, earplugs, comb, earphones, face-mist, moisturiser and lip balm. The inclusion of a pen is a simple, yet brilliant idea, eliminating the time often spent rummaging through the abyss of the pocket of my carry-on luggage when required to fill in the US Customs paperwork. We’re also supplied a pillow and a blanket with some actual weight to it for added comfort.

In flight, and not long after take-off, I’m offered a chicken and pesto wrap and beverage. The wrap is chilled and tasty and hits the spot, washed down with a beer (because it’s included) and that ties me over until breakfast some hours later. While I’m content, I can’t see that another option is available other than chicken, unless you’ve made the airline aware of dietary requirements beforehand. 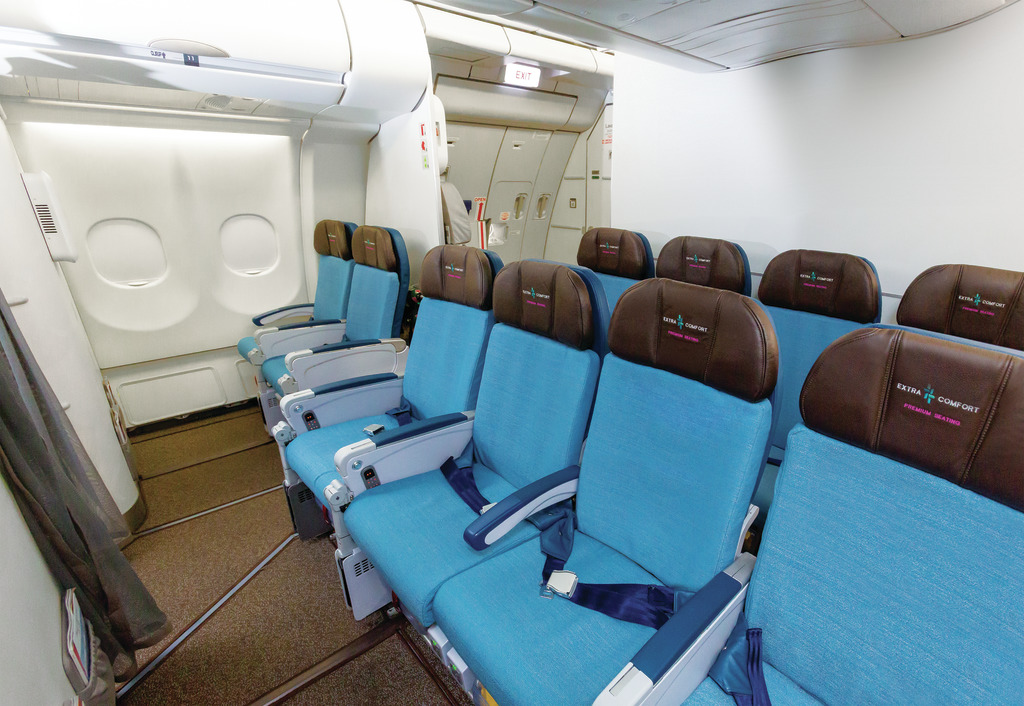 The in-seat power is a lifesaver for my thirsty Macbook, so tell your clients to remember to pack a universal global adaptor in their carry-on luggage if they have aspirations to do some work on the fly. I’m sure the crew lend these out as necessary, but it’s simple to pack your own. The extra bit of leg room also means there’s a fraction more space for your laptop on the tray table, which is handy.

With work done, I power down the laptop and turn to Hawaiian Airlines’ seat-back in-flight entertainment. There’s a modest collection of movie titles, including a few Hollywood blockbusters that have only just been in the cinemas. Previously, some newer release films have been on a pay-per-use basis, but not any more; all the films are now included in the cost of the airfare, across all classes of international travel. 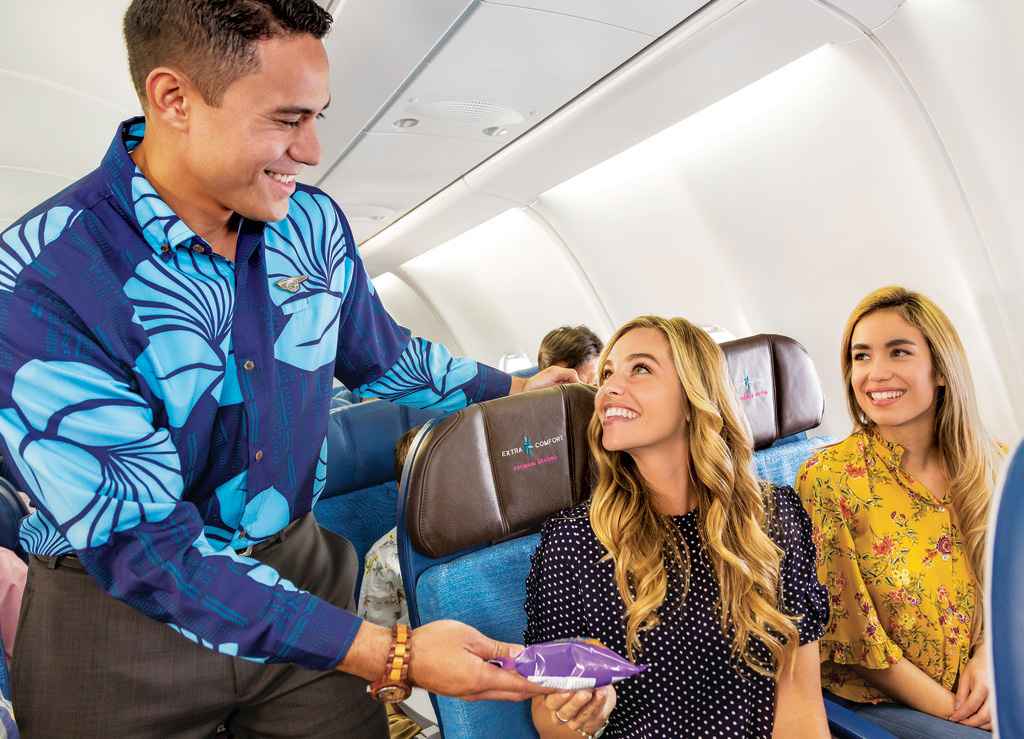 Finding myself dozing mid-way through a film, I take advantage of the vacant adjacent seat and stretch out to maximise the leg room. Donning the supplied earplugs, eye shade and blanket, I get a decent rest with no disturbances in my private vestibule.

A couple of hours prior to landing in Honolulu, I am served a hot breakfast consisting of scrambled eggs and sausage, accompanied by the almost-compulsory POG (passionfruit/orange/guava juice) beverage to set the ‘Aloha’ mood. 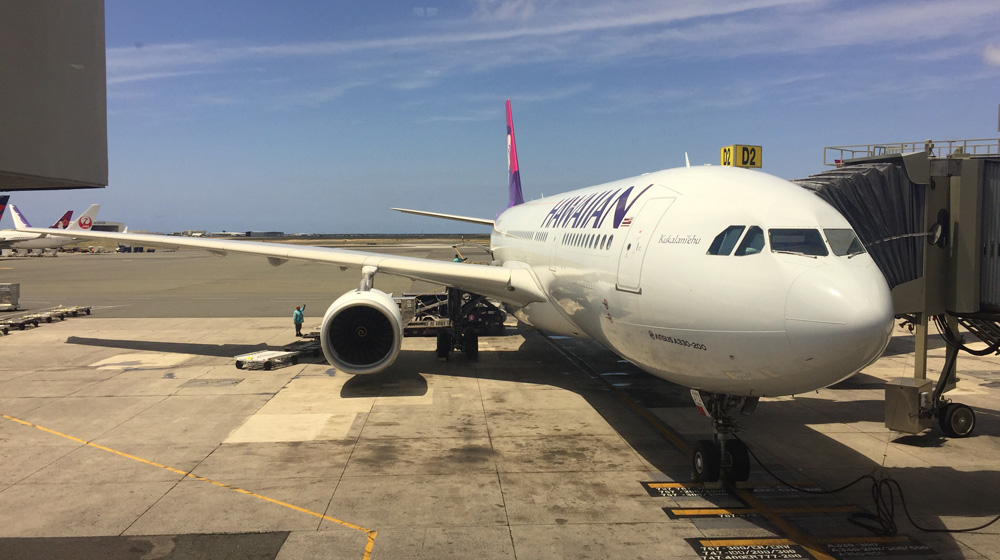 One other key point of difference for Hawaiian Airlines that should be noted – and this isn’t necessarily specific to Extra Comfort, but across the whole of Economy class – is the overly generous luggage allowance. Two pieces of luggage at 32 kilograms … each! That is absolutely huge. And with the Waikele Premium Outlets outside Honolulu offering such heavily discounted prices to what Australia travellers are used to, that 64 kilos of permitted luggage means we can go wild and still have a few spare kilograms up our sleeve.

Up to 40% off suites at San Clemente Palace

Apr 21, 2021
Prev Next 1 of 1,741
Tweets by LATTEluxurynews
Subscribe to the LATTE enews
Enquiries