For the first time in the cruise line’s history, Princess Cruises will introduce a new French restaurant to North American guests. The debut of La Mer by the three-Michelin-starred chef, Emmanuel Renaut, on board its next new cruise ship Sky Princess, will arrive in Fort Lauderdale in December 2019 for an inaugural season of Caribbean cruises.

The restaurant has already become a firm favourite with Australian guests sailing onboard Majestic Princess this summer season.

Renaut is the owner and executive chef of the Flocons de Sel restaurant, located in the French Alps village of Megève. Flocons de Sel was awarded a third Michelin star in 2012, having earned its first in 2004 and a second in 2006. Before establishing the restaurant in 1998, Renaut worked in restaurants including Claridge’s, Hotel de Crillon and Auberge de l’Eridan. He also holds the prestigious title “Meilleur Ouvrier de France” (MOF) which translates to One of the Best Craftsmen of France. 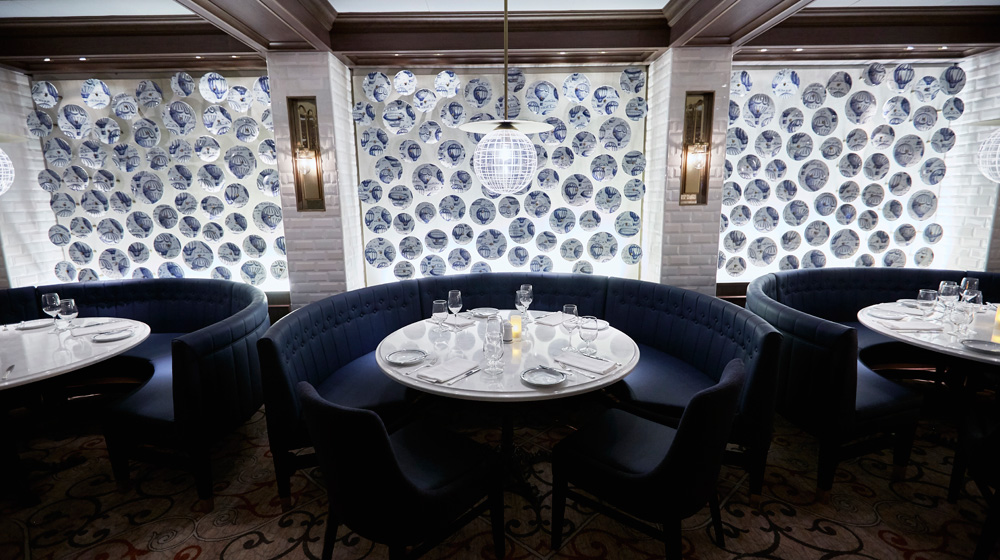 La Mer will offer casual, French bistro-style dining with a modern twist inspired by the flavours and feeling of the French Alps and contrasts from the ocean. The specialty restaurant will be located in the lively Sky Princess atrium. The restaurant first debuted onboard Majestic Princess in 2017 to rave reviews from international cruisers while the ship was based in China.

A sampling of Sky Princess La Mer menu offerings include:

Showcasing Renaut’s flair for classic French dishes, this tender filet mignon cooked to perfection and served alongside hand-cut frites is a classic pairing that never ceases to satisfy every craving.

Renaut was inspired to bring this dish back to its origins by adding lobster morsels, as it was usually always served with crawfish tails. Renaut placed his own twist and replaced the crawfish with tender lobster.

Mont Blanc is a classic French chestnut dessert and was inspired by the French Alps. Mont-Blanc is the highest peak in Europe, and a majestic view Renaut enjoys every day from the outside deck of Flocons de Sel in Megève, France.

La Mer will carry a cover charge of $35 per person. This specialty restaurant will also debut on board the cruise line’s next new ship, Enchanted Princess, in summer 2020.

The 143,700-ton, 3,660-guest Sky Princess is the fourth Royal-class ship for Princess Cruises and will include the best of the stunning features found on Royal Princess, Regal Princess and Majestic Princess, as well as new offerings that represent an evolution of the current ships’ designs.

Sky Princess is scheduled to launch in the Mediterranean in October 2019, before debuting in North America in December 2019, marked with the traditional naming ceremony before sailing a season of Caribbean cruises roundtrip from Fort Lauderdale.