Construction commenced on the ship just 12 months ago on 16 March 2018. The 160-passenger ship is being built for Aurora Expeditions and is named after the company’s co-founder, Greg Mortimer, and features the unique Ulstein X-BOW. 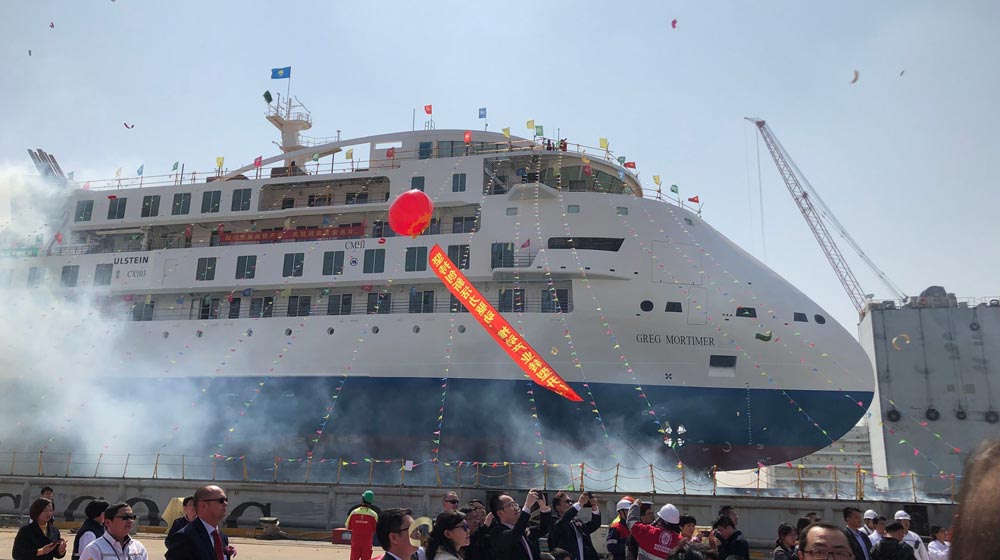 Niels Erik Lund, President of SunStone Ships, said that more than 1.8 million labour hours have been put into this ship. “This is the first time an expedition cruise ship has been built at a Chinese yard. The progress has been smooth and according to plan. I am convinced that we will see a safe delivery of this vessel later this year, for the vessel to commence operations in the Antarctic this winter season.”

Four firm contracts have so far been signed, and six options. The INFINITY Class vessels are 104.4 metres long and 18.4 metres wide. They have a passenger capacity of between 130 and 200, and a crew capacity of 85–115, and are built to the ice standard PC5, Cat B. 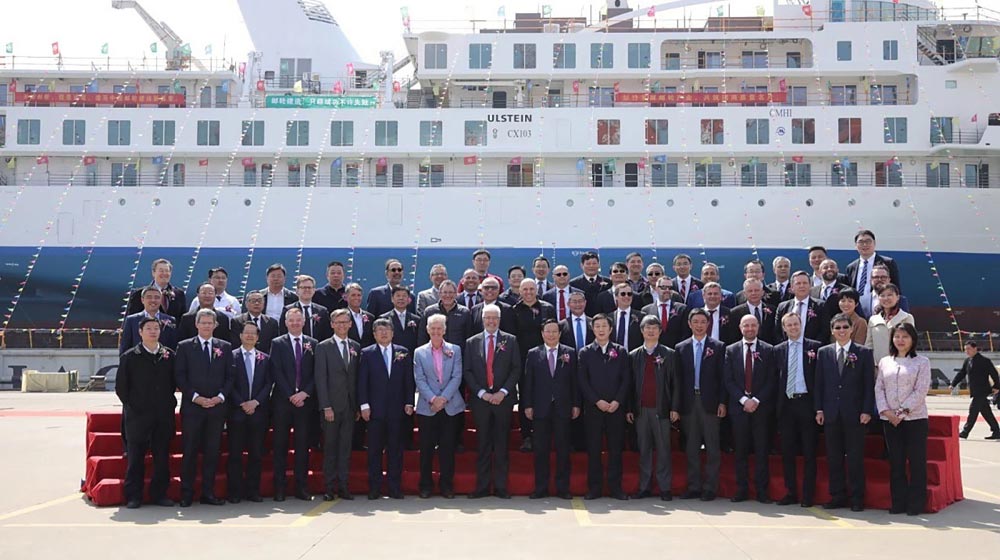 A steel-cutting ceremony for ship number three in the series was also held the same morning as the launch of Greg Mortimer.

Greg Mortimer‘s inaugural sailing is scheduled to sail to Antarctica from Ushuaia on 31 October 2019.

In January, Aurora Expeditions’ Managing Director, Robert Halfpenny, said the company’s 2019/20 Antarctica season was 95% sold out; only the first two sailings later this year have cabins still to be filled.

Stretch Your Arms, Legs, and Expectations on board NCL’s new Prima Class