Lufthansa Group’s Supervisory Board has approved the purchase of a total of 40 state-of-the-art aircraft for the group’s airlines. The 20 Boeing 787-9 Dreamliner and 20 additional Airbus A350-900 planes will primarily be replacing four-engine aircraft, which will see the company eliminate nearly half of its Airbus A380 fleet. The new planes will be delivered between late 2022 and 2027, with the order valued at the list price of US$12 billion.

“By replacing four-engine planes with new models, we are laying a sustainable foundation for our future in the long run. In addition to the cost-effectiveness of the A350 and B787, the significantly lower CO2 emissions of this new generation of long-haul aircraft was also a decisive factor in our investment decision. Our responsibility for the environment is becoming more and more important as a criterion for our decisions,” says Carsten Spohr, CEO and Chairman of Lufthansa Group. 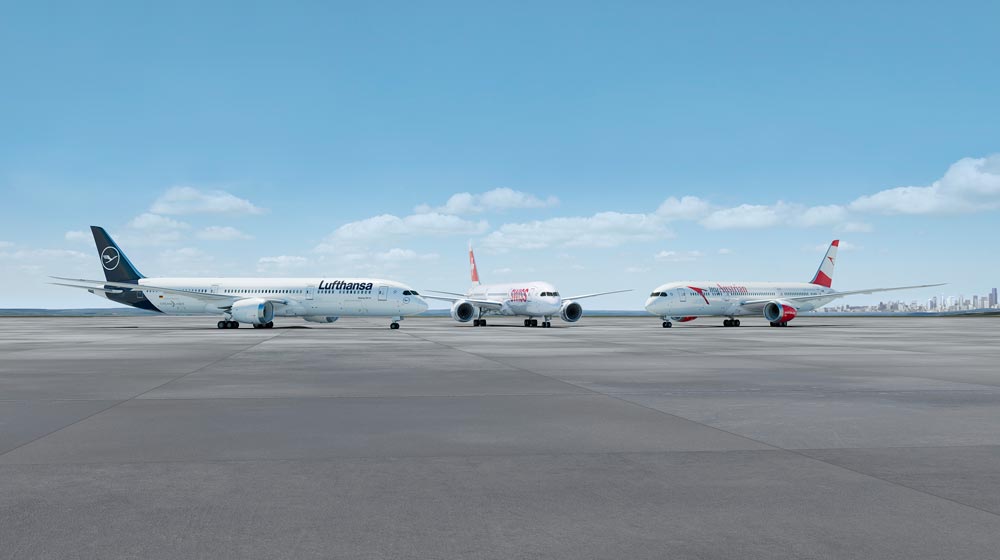 The decision regarding which airline will deploy the aircraft at which hub will be made at a later date.

The investment in new technology, efficiency and passenger comfort is a continuation of the ongoing fleet modernisation of the group’s airlines. The airlines of the Lufthansa Group currently operate a long-haul fleet of 199 aircraft (as of December 2018), including 12 state-of-the-art Airbus A350-900 aircraft. Beginning in 2020, Lufthansa will be introducing the new Boeing 777-9.

By the middle of the next decade, the entire long-haul fleet will have been modernised across the Group for more fuel-efficient aircraft. The possible fuel savings alone add up to 500,000 metric tons per year, and will save the airline around 20% of its current operating costs compared to earlier aircraft models.

After the long-haul aircraft rollover, the company will be offering its customers one of the world’s most modern fleets. This will also involve a significant increase in comfort and reliability.

The Lufthansa Group Executive Board also said it wants to sell six of its 14 Airbus A380 double-decker aircraft back to Airbus. Those aircraft will be leaving Lufthansa in 2022 and 2023.

The company said: “Lufthansa continuously monitors the profitability of its worldwide route network. As a consequence, the group is reducing the size of its Airbus A380 fleet from 14 aircraft to eight for economic reasons. The structure of the network and the long-haul fleet, fundamentally optimised according to strategic aspects, will give the company more flexibility and at the same time increase its efficiency and competitiveness.”

Feb 25, 2021
Prev Next 1 of 1,701
Tweets by LATTEluxurynews
Subscribe to the LATTE enews
Enquiries