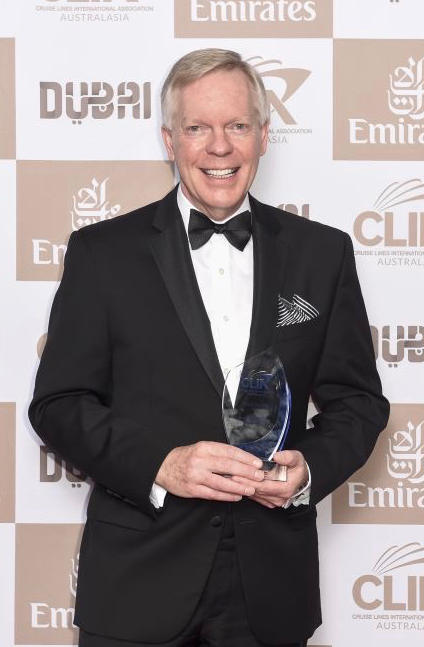 LATTE’s parent company, Signature Media has appointed Andrew Conway as Executive Editor of Signature Luxury Travel & Style, forming one of the most exclusive and experienced team of editors in the travel industry.

Signature Media, Australia’s largest independent publisher of luxury and family travel content, has long prided itself on finding the industry’s leading editors for its specialised publications. Together, its curated team has 200 years of experience in journalism and travel, delivering the finest editorial content. Each is an expert in his or her field, be it adventures with babies, skiing or camping with kids, luxury family travel, the luxury travel trade or high-end travel experiences.

“With the largest audited circulation of any Australian travel magazine, Signature Luxury Travel & Style is the market leader in this exciting and rapidly growing sector,” Conway said. “I’m delighted to be joining Cathy Wagstaff and her exceptionally hard-working editorial, sales and marketing team to deliver a luxury travel and lifestyle print magazine and associated online resources of the highest quality. I also look forward to continuing my long association with our luxury travel and lifestyle partners to bring their stories to life for the magazine’s well-travelled and sophisticated readers.”

Conway will be working with the Signature Media team directly until the end of the year before relocating to Northern NSW and continuing to contribute in the capacity of an editor-at-large.

CEO and Group Editor, Cathy Wagstaff, is the entrepreneur behind all Signature Media titles, and will remain Editor-in-Chief of Signature Luxury Travel & Style, as well as Group Editor. Her 35-year career in publishing included roles at ACP, Federal Publishing and Text Media before she started Signature Media in 1996. This year, the flagship Holidays with Kids magazine celebrates its 20th anniversary, while the inspirational Signature marks 10 years. Launched in 2009, in the midst of the GFC, Signature has grown to become the leading luxury print and online platform in the Asia Pacific region, with the highest audited print circulation and digital reach for any consumer-facing luxury travel title. Wagstaff’s foresight, understanding of travel media and her unique ability to identify niche markets are just some of the factors that have made Signature Media the largest specialist publisher of luxury and family travel content across print and digital platforms.

The Executive Editor of glossy Five Star Kids, Hilary Doling, started her career on London’s Fleet Street where she worked for newspapers such as The Times and The Guardian and for England’s glossy magazines. In search of sun, she moved to Australia as deputy editor of Cleo magazine and then travel editor at Fairfax newspapers, a position she held for 13 years, creating The Sun-Herald’s highly successful standalone travel section. During that time she was also a travel columnist for The Sunday Age, after which she was editor-in-chief of Luxury Travel Magazine for five years. Hilary is also co-founder and editor-in-chief of one of the world’s largest independent luxury travel websites, The Luxury Travel Bible. She is an international speaker on luxury hotels and travel, appearing at such events as ILTM Cannes, has visited every continent and set foot in 96 countries.

Helen Hayes, Editor of Ski & Snowboard with Kids, is highly respected in the travel industry and has been in media for more years than she cares to remember, working in radio, print and television. Helen has edited travel titles since 1992 including 14 years at Vacations & Travel. She was co-editor over several issues of Holidays with Kids in the early 2000s and was also the editor of Escape, the onboard magazine of CountryLink, for four years. A love of snow has led to many trips to ski resorts around the world, including resorts in seven states in the USA, many resorts in Canada, several in France, Austria and Andorra in Europe, several resorts on Hokkaido in Japan, as well as all the major players in Australia and New Zealand. But don’t think she throws herself into the unknown in the backcountry, or off vertigo-inducing jumps; Helen is more an on-piste type of gal, leaving the more adventurous stuff to her sons, Alex and Josh. Helen is also the President of the Australian Society of Travel Writers (ASTW).

Holidays with Kids Editor, Aleney de Winter, is the Vice President of the ASTW and a multi-award-winning freelance writer, editor and blogger with more than 30 years’ experience in print and online. The mother to two frequent-flying kids, Aleney is one of Australia’s most prolific family travel writers, sharing tales of travelling and eating – along with the hilarious antics of her globetrotting foodie son and daredevil daughter – on her blog, boyeatsworld.com.au. Aleney took out the Best Family Travel Story and Best Travel Blog at the 2017 ASTW Awards for Excellence and followed it up with another two gongs – Best Travel Blog Post and Best Travel Trade Story – at the 2018 awards. Aleney also won the prestigious PATA award in 2018 and was a finalist at the AFTA NTIA awards.

Guy Dundas joined Signature Media in May of 2018, tasked with heading up editorial and social media content and developing new concepts as the Managing Editor of Signature Media’s industry newsletter, LATTE (Luxury Australian Travel Trade Enews). He will also report across other titles under the Signature Media umbrella. Guy has more than 10 years of experience in travel trade media, and was previously the editor of Travel Daily. His travel industry career includes a decade working for inbound, wholesale and touring companies, such as Adventure World, Talpacific Holidays and a three-year term for Australian luxury cruise and tour operator, Scenic.

Holidays with Kids’ Baby & Toddler Editor, Emma Castle, is a travel writer and copywriter with 15 years of Australian media experience who specialises in consumer travel, tourism business, events, parenting and wellness. She edited Spice Magazine and was deputy editor of Hotel Management for four years. Prior to this, she spent 10 years working in PR for clients such as Hawaii Tourism Oceania, the Ministry of Tourism for the Sultanate of Oman, Voyages Indigenous Tourism and Anantara Hotels and Resorts. She has been writing her lifestyle and opinion blog, SheGoes.com.au, for nine years. She is the co-founder of Women in Tourism and the founder of the Camden Garden Festival.

The youngest member of the Holidays with Kids team, 10-year-old Kid Editor, Rafferty Laight, offers a unique voice for kids in the travel space. Rafferty is an accomplished storyteller and interviewer, producing content for boyeatsworld.com.au. He’s also an experienced international travel television host and a highly regarded public speaker, having won accolades both in Australia and internationally for his insightful thoughts on travel and multiculturalism. This very well-travelled Australian primary-schooler boasts professionalism and a passion for travel and exploration that is far beyond his years.

Supporting these experts is Staff Sub-editor and Assistant Editor of Signature Luxury Travel & Style, Amelia Hungerford. Having completed her internship with Signature Media five years ago, she has become a full-time member of the team, working alongside and learning from the industry’s finest editors. With a background in English and linguistics, she is respected for her fastidious approach to grammar, her distinctive storytelling, her passion for travel and her ability to recall exactly which issue featured what story. Amelia works across all Signature Media titles, both print and online.

Five additions for Small Luxury Hotels of the World

Mary Gostelow travels to Boston to support the Preferred family