New dining venue is the only Teppan Japanese grill in Venice

Aman Venice has introduced the Palazzo Kitchen Table, a unique dining venue overlooking the garden of the 16th-century palazzo, as well as a calendar of themed dinners and culinary events held in this intimate new setting. A world-renowned chef will host each gathering, celebrating different locally sourced and sustainable ingredients.

Seating just ten diners, the Palazzo Kitchen Table is an exquisite, light-filled space just a lawn away from the Grand Canal. At its heart is a state of the art Marrone + Mesubim integrated kitchen, and the only Teppan – a Japanese grill for cooking Teppanyaki style – in Venice. Delicately decorated by the painter Matteo Bertelli with leaf motifs, it invites the garden – a rare feature in Venice – within, while also boasting its own wine cellar. This houses an impressive wine collection including rare vintages from Bordeaux, Burgundy and Champagne in France, and a 1995 merlot from Tuscany in Italy. 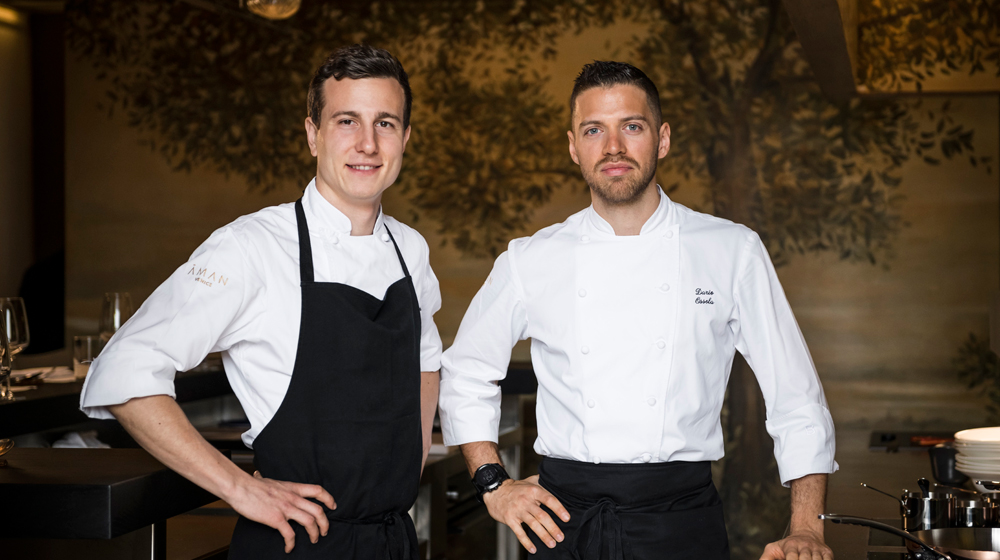 Appropriately named ‘Cook the Lagoon’, the private dinners at the Palazzo Kitchen Table will offer guests the opportunity to witness each chef’s culinary interpretation of local ingredients harvested from the Venetian lagoon and its islands. The live cooking sessions will be interactive, allowing guests to partake in the process of creating dishes inspired by the simplest and freshest of seasonal ingredients. These will be sourced from the vibrant Rialto Market nearby, with its bountiful supply of fresh vegetables, seafood, herbs and spices.

In keeping with Aman Venice’s dedication to sustainability, Executive Chef Dario Ossola and Executive Sous Chef Dario Boschetti will consult with local farmers, fishermen and market traders to source the freshest seasonal produce for each gathering. Both chefs will host their own private dinners at the Palazzo Kitchen Table in 2019, alongside a number of visiting chefs. These will include leading Teppan Chef, Koji Aida, of Paris’s only Michelin-starred Japanese restaurant, Aida, and the renowned Davide Oldani of D’O near Milan. Davide has led Aman Venice’s continually evolving culinary offerings over the last four years, including the launch of Arva in 2017, subsequently launched in a selection of other Aman destinations worldwide. 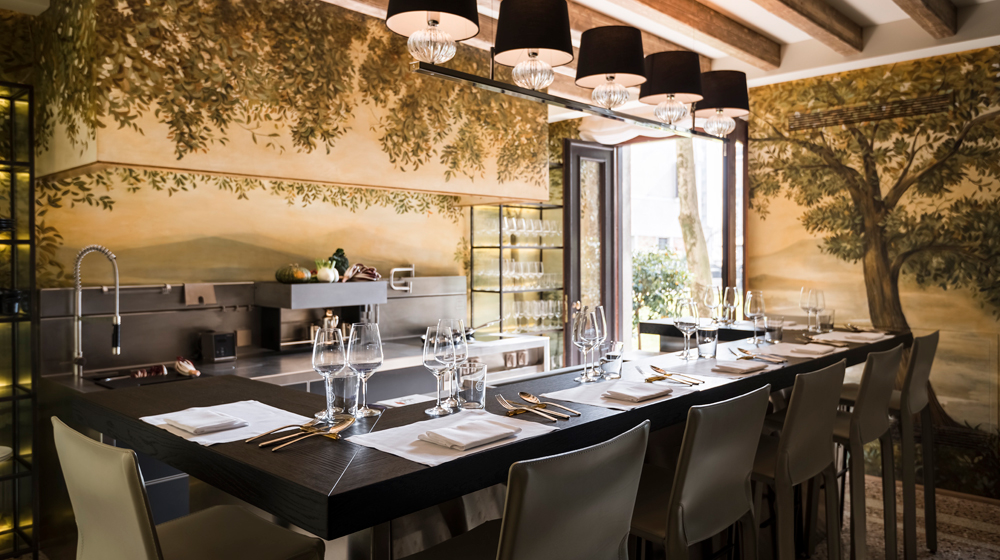 The Palazzo Kitchen Table will not only play host to ‘Cook the Lagoon’ gatherings this year, but will also provide an intimate setting in which to enjoy aperitivos, either as guests of Aman Venice or for private events.

The first ‘Cook the Lagoon’ gathering at the Palazzo Kitchen Table will be held on 18 April, hosted by Chef Alfredo Russo from the Dolce Stil Novo Restaurant in the Palace of Venaria in Venaria Reale, near Turin. Davide Oldani will host the second gathering on 7th May, and Koji Aida will host the third and fourth gatherings on the 9 and 10 May.