What to expect of Silversea’s new ships

Silversea Cruises this week gave us a long-awaited preview of the first ship of a new flotilla that will be joining the ultra-luxury cruise line’s fleet over coming years. Silver Origin will enter service in around 14 months in the Galapagos. It will be joined by two new Silversea Evolution Class ships and three new expedition vessels.

In Australia recently, Silversea’s Senior Vice President of Strategic Development Expeditions & Experiences, Conrad Combrink – and Managing Director for Australia and New Zealand, Adam Armstrong – gave LATTE an insight on the upcoming vessels. Here’s what Combrink had to tell us during an exclusive interview about Silver Origin, the new-build ship that will be replacing Silversea’s existing ship vessel in the Galapagos Islands, Silver Galapagos.

“We’ve got Silver Origin coming next year. She really is a spectacular, spectacular ship.

“We’re expecting Silver Origin at the very end of April 2020. She will then reposition to the Galapagos. She will be based in Ecuador and carry the Ecuadorian flag. We expect the first commercial trip to be around June next year”.

“We’ve changed a little bit on the approach. We’ve used different interior and architectural design firms than what we’ve traditionally used. In the brief we were very, very clear. Our brand evolution is all about the destination and everything that we do with our ships is to break down the barrier between the ship and the destination.

“Our ships are travelling to some of the most incredible destinations in the world and we feel that with our new ships, with Origin, the Evolution Class ships, that we need to focus our energy on breaking down the barrier and bringing outside in. So it’s a bit of a departure, but again, nothing over the top. It’s very understated, and what our guests are used to. 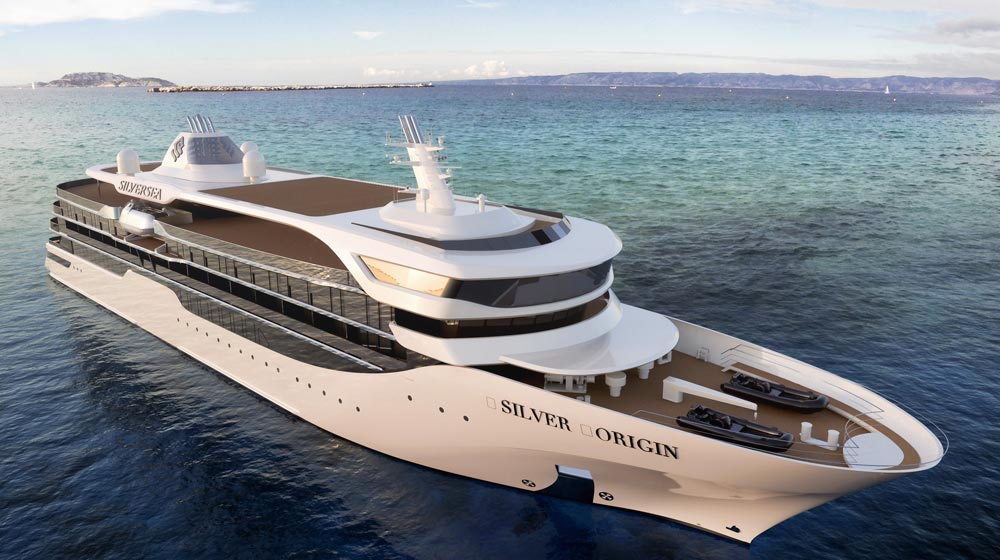 Armstrong added that Silver Origin is the first purpose-built, new-build expedition fleet ship that Silversea has ever had. “Our existing fleet has been modified tonnage that we have acquired or already had in fleet. This is our first opportunity to build from the ground up.”

Combrink noted the joint venture with Royal Caribbean had given Silversea Cruises the ability to work with highly experienced ship designers, architects and the ship yards.

“Royal Caribbean have a team of 300+ just working on newbuilds,” Combrink said, with Armstrong noting that compares to Silversea’s team of “just two!”. 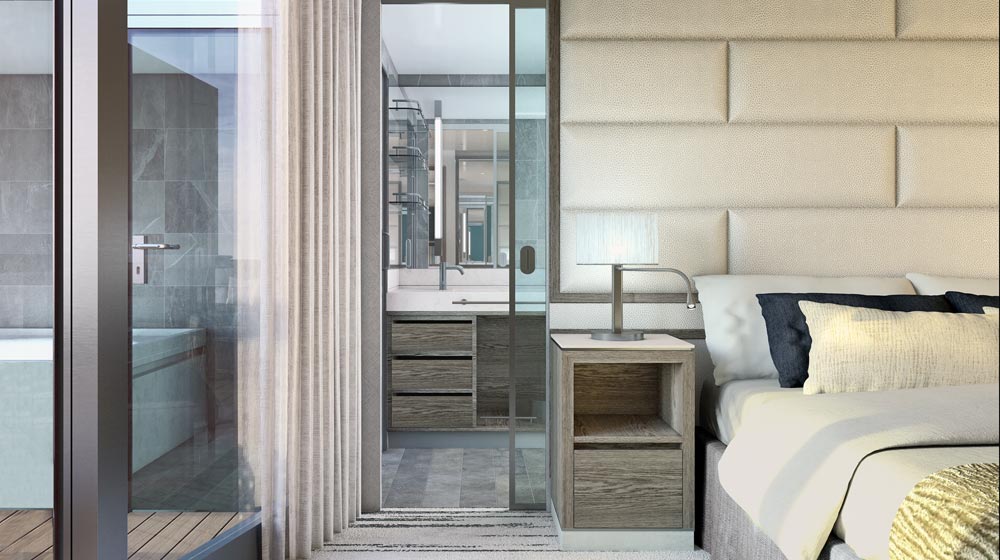 Combrink continued: “So it’s an incredible, incredible difference and it’s been an exciting journey that we embarked on last year towards the end of July. And it’s really given us the opportunity to do everything that we always wanted to do with new ships. It’s very exciting.

Conrad, can you tell us more about the Evolution Class of ship?

“Technically they are not expeditions ships, they are an evolution of Silver Spirit, Muse, Moon and Dawn.

“We haven’t released a lot of information about these ships yet. They are in the final stages of development, and in fact we only last week had a final signing off with Meyer Werft. They are going to continue to push the boundaries. Very innovative ships, but really staying true to our DNA in the sense of understated luxury and really focusing on creating the beautiful on board atmosphere that Silversea is used to.”

“The Evolution Class [of ship] is going to have around the same capacity as the Silver Spirit, Muse... so we are going at 600.

What can you share with us about Silversea’s new Expedition ships?

“We are quite bullish with the growth in the expedition market. And of course through our partnership with Royal Caribbean it does allow us to accelerate the growth that we’ve always wanted for Silversea.

“Having one family-owned operation and having Royal Caribbean’s backing is very different so we are definitely able to accelerate our growth and that is with the Evolution class, as well as with our Expedition class.

“We’ve announced that Silver Wind will be joining the expedition fleet next year. She will undergo a massive transformation. It’s quite invasive with the work that we are doing on that. She will be taken out of service for three months.”

So where will the new purpose-built expedition ships sail?

“We’ve got a very clear vision on what we want to do with our expedition fleet. We generally work 5 to 7 years ahead, and that gets revised every six to 12 month.

“We as a company are not afraid to try new things. In fact that’s one of the things that I’ve always loved about Silversea. About 30% of our deployment is in the polar regions. The rest is in other destinations.

“Polar regions are incredible destinations and will always be the base of our expedition products but it is really how we diversify from there that makes a successful and well-rounded expedition company.

“A big difference between Silversea and a lot of the other operators is our experience. Every single one of the team members that I’m fortunate to work with have all worked on ships and we all still go out to the ships at least a couple of times a year. We go out and we actually work on board so that we don’t lose that connection with the product. I personally lead the Christmas voyage on Silver Cloud to Antarctica. The reality is that we firmly believe that we need to stay connected with the product and only because of that can we push the boundaries and we love finding new destinations.

“So can I tell you exactly where we’re going? Not until September when we launch the new 2021/2022 itineraries, but we do have some exciting destinations up our sleeves and we are very excited about that.

While Combrink wasn’t in a position to disclose itineraries he did indicate the program would go well beyond the Poles.

“In the past, most companies have been focused on the Arctic and Antarctic. They didn’t spend a lot of time developing those repositioning voyages. It’s been ‘problem-likely’ – something that expedition companies struggled with. How do we fill our ships between Antarctica and the Arctic? And we just took the approach that it shouldn’t be a problem if we invest in the development of these destinations.

“So we’ve spent a huge amount of time and resources travelling to these places, making local connections and understanding what it is that we can and cannot do. Each itinerary that we’ve put together has been years in development, scouting, travelling to these destinations, really understanding it. And once you’ve done that, your repositioning voyage no longer needs to be called that as it is as strong as your polar voyages.”

Mary Gostelow goes in search of Romeo Montague in Verona