Carolina Perez is well known to the luxury travel trade. She started São Paulo’s Travel Week, which she sold on to ILTM parent Reed. Her new baby, DUCO, looks like being even more successful. For one thing it is, unlike most other hospitality events, destination focussed. The second annual DUCO, April 1-5, 2019, and once again in Florence, saw 265 exhibiting hotels and resorts, all in Italy. Of these, Leading Hotels of the World had 58 properties represented, Relais & Châteaux brought along 38, Small Luxury Hotels of the World numbered 22, and Preferred Hotels and Resorts 12. Interestingly, there were 39 properties of 20 rooms or fewer – the smallest was the two-room Holy Deer San Lorenzo City Lodge, Rome. 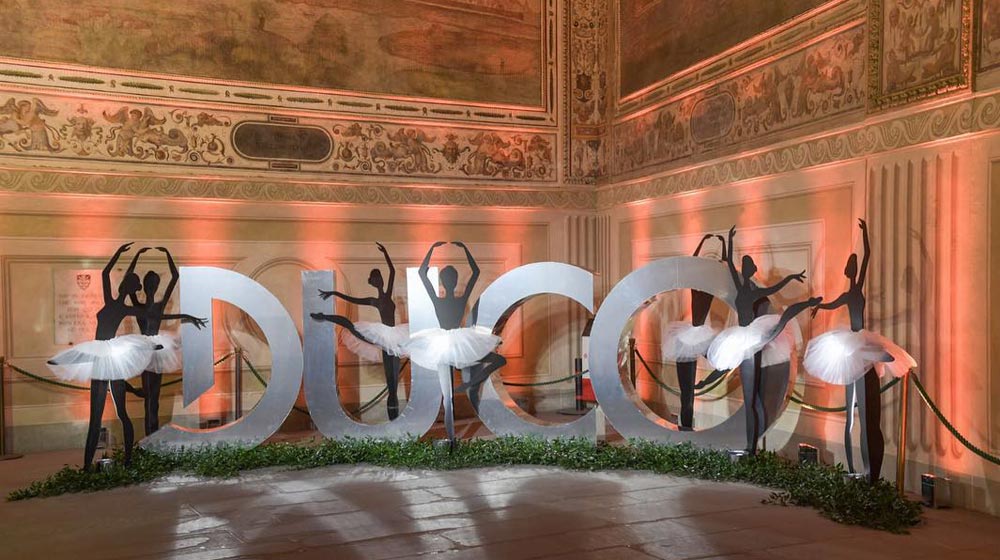 As Carolina Perez told me, “I have always had a passion for Italy, and at all the fairs I have been to the top delegation was from Italy so I thought why not do a show for them?”. This year she invited 160 travel advisors, all different from those who came last year. The 2019 showing saw 12.9% of the hosted advisors from Australasia – the rest from other English-speaking countries. 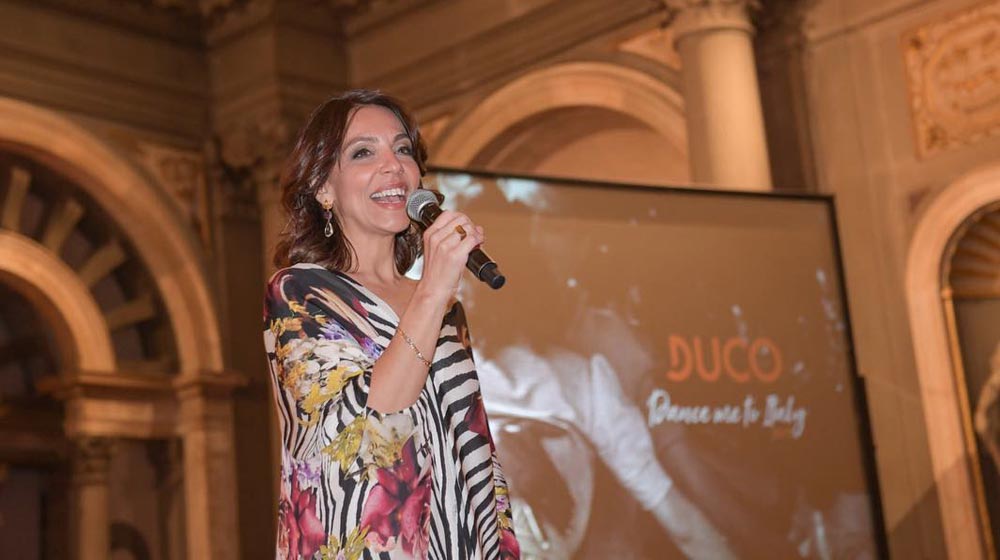 The DUCO format is simple and stylish. Day one saw a ‘parliament session’, with speakers including fashion specialist Paolo Zegna of Ermenegildo Zegna talking about the link between luxury brands and high-end travel. Days two to four were computer-generated meetings, with exhibitors remaining at their tables and advisors moving, as scheduled, every quarter-hour. During day two, meetings were at Four Seasons Hotel Firenze. On day three, business moved to The St Regis Florence. On day four, everyone was bussed half an hour out of town to Belmond Villa San Michele.

The main sponsor, Toscana Promozione Turistica, was helped by an impressive line-up of co-sponsors, who conveniently included desirable wineries (and InRome Cooking, which combines a visit to the Sistine Chapel with private cooking lessons at the Pope’s Farm at Castel Gandolfo).

All this year’s attendees appeared to be ecstatic. “This is marvellous, it offers the chance to focus on one destination in depth rather than being all over the place”, said Jack Bloch, President and Founder of JB’s World Travel Consultants, based in New York City. Of course, being Italy the social programme – and its food – was widely praised. Evenings were taken up by a casual market dinner, a formal gala dinner which included a Milanese risotto topped with shaved dried raspberries, a happy hour and a closing cocktail. The final day was retail paradise, with travel advisors let loose at The Mall Luxury Outlets.

I used DUCO as an excuse – as if I needed one! – to return to one of the world’s most outstanding and passionate luxury hotels, Four Seasons Hotel Firenze. This divine place has a history going back to 1430, that includes it being given as a wedding gift from Lorenzo de Medici to his sister. But to me it stands out for a myriad of reasons. It is Style, capital S. The key card holder, for instance, is a full-colour fresco detail. Similarly the rom service menu cover is taken from a fresco, in room 115, called Il Volterrano, the human mind’s blindness lightened by truth (it was done in the 17th century by Baldassarre Franceschini).

When this 116-room hotel opened in July 2008, many of the 11.2-acre estate’s buildings were usefully deployed for hotel purposes. One such gracious structure, for instance, is a two-floor Technogym – where, being Four Seasons, the fruit that I would expect is in fact complemented by trail mix and other healthy snacks. Another building nearby is the 13-room spa, next to the outdoor pool, and all around are gorgeous gardens with precious trees. This is thoughtfully tended, by the way, by an army of robot mowers who look like foot-long beetles. At the far end of the garden is a separate 37-room Convent building, frequently taken as a whole, for meetings and family parties (it is also useful when a group wants kosher). 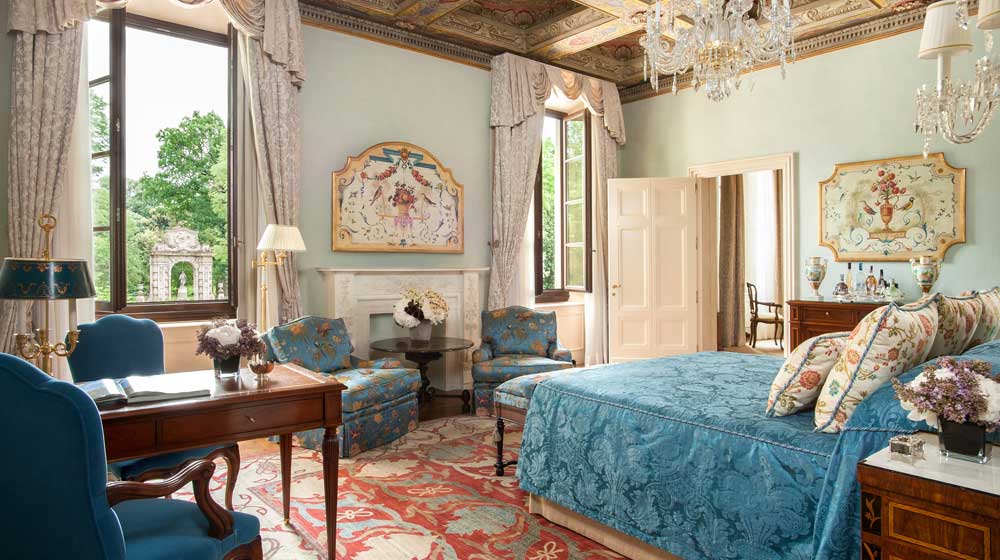 The hotel’s charismatic head of culinary, Vito Mollica invited me to dinner at Il Palagio. In summer, you sit outside, looking across those beautiful gardens and their trees, many historic and all carefully labelled. But, that night, we sat inside, under one of the restaurant’s six, three-tiered chandeliers, which have a total of 168 shaded lights between them. We had a tasting of a biodynamic Bressan Schioppettino 2012 – you will sense Earl Grey, said the sommelier, and we certainly did, which, after the main course when flavoured essences were offered for our drinking water, led me to choose the black pepper. But first, the food. The amuse included one-bite bacalhau in icecream cones. A slice of strong sourdough bread was followed by my choice from five bread rolls. I started with an artichoke and black garlic, went on to a Valdarnese hen. We both finished with affogati, after-dinner, or postprandial, edible drinks, also known as alcoholic gelati. I give my full cream and 15-year old Balsamico choice full marks. Vito told me, by the way, that he was immediately attracted to the Four Seasons name when he realised his first GM, back in Prague over a decade ago, called even the most junior kitchen helper by name. That, again, is style. 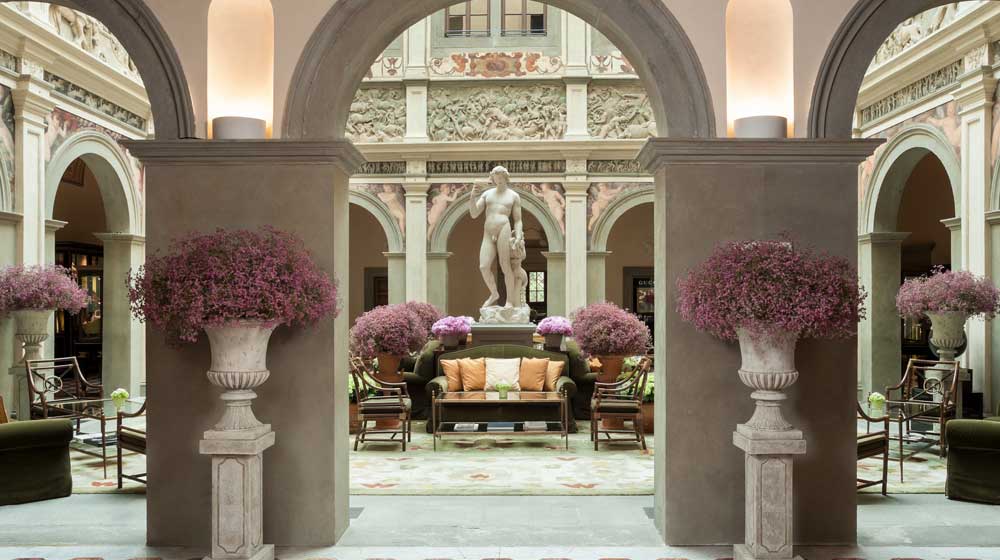 I do love Italian breakfasts as they know their products are so good they want to put’em all out, want you to try’em all. When a hotel of the calibre of Four Seasons Firenze (which does ‘luxury’ better than almost anyone else in the world) puts on a buffet it is ridiculous for others to say buffets are low-class. Here I could have had an endless tasting sessions of fruits, and pies and cakes, as well as anything else. I stuck to Alpen bio yoghurt, which looked pretty good set in the middle of a 20cm-diameter chrysanthemum head decorating a cork-backed tablemat, hand-made locally by J.A. Corallin. The superb coffee was presented in an Alessi thermal jug, wrapped in black cord. Vito Mollica had told me, by the way, that he really enjoys the growing number of Australian and New Zealand guests at the hotel. They ask questions about his Italian products – and they love his food! 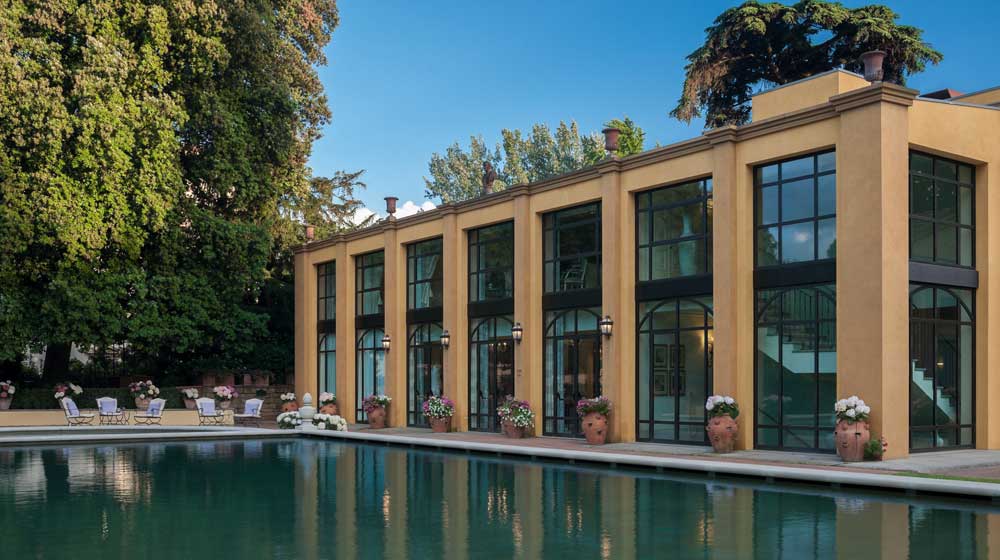 &Beyond reveals plans for the Ultimate Desert Escape in Namibia