NoMad Hotel Los Angeles celebrated its first anniversary earlier this year. The hotel is rooted in the historic architecture of Giannini Place. On the corner of 7th and Olive Street in Downtown Los Angeles, the site was the original Bank of Italy, opening in 1923.

The location is increasing its position as a cultural centre in Los Angeles, offering a diversity of restaurants, bars, museums, galleries, concerts, sporting events and a slew of retail options. 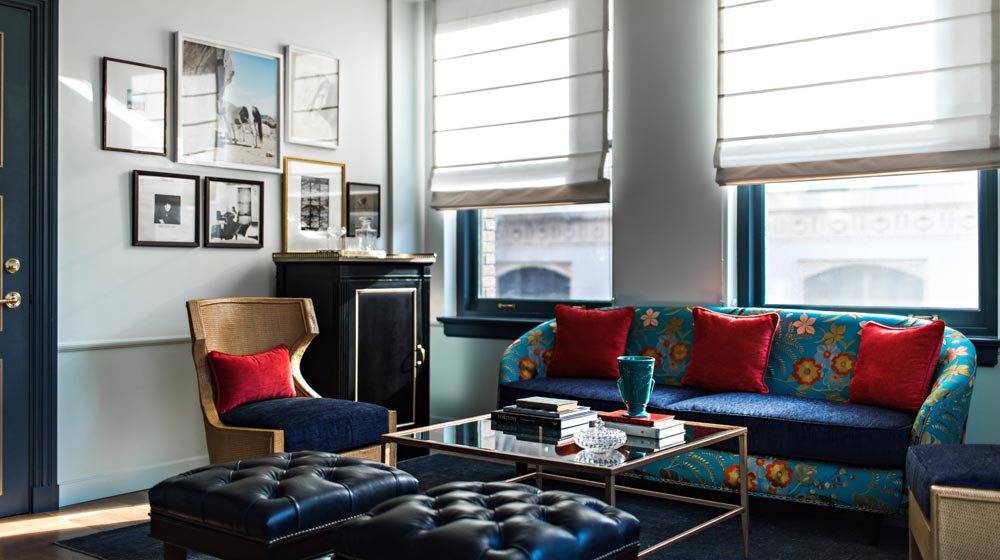 NoMad Los Angeles offers 241 beautifully appointed guest rooms and suites in a residential feel, taking inspiration from California while staying true to the Italian details of the building’s heritage. The hotel features 4 restaurants and bars by acclaimed Michelin-star Chef Daniel Humm and restaurateur Will Guidara, the team behind Eleven Madison Park, which was voted #1 in The World’s 50 Best Restaurants in 2017.

The main restaurant is in the vibrant lobby which used to be the original banking hall. The striking rooftop features an outdoor café and cocktail bar with light bites and beverages for pool-side dining and drinking. In addition to sweeping views of the city and the Downtown Los Angeles skyline, the rooftop also features distinctive artwork, including a replica of the main sculpture found in the iconic Il Parco di Mostri, the “Park of Monsters”: a 16th-century monumental complex located in northern Lazio in Italy.

French interior designer Jacques Garcia possesses a truly unique style, mixing 17th- and 18th-century references with modern influences to create a timeless interpretation of French elegance. Garcia has created timeless designs worldwide, from his high-profile recreation of an 18th-century tea house for Ladurée on the Champs Elysées to the design of the always relevant Hôtel Costes. For NoMad Los Angeles, he draws classic inspiration from the iconic Italianate building while looking to the California coast for contemporary style. 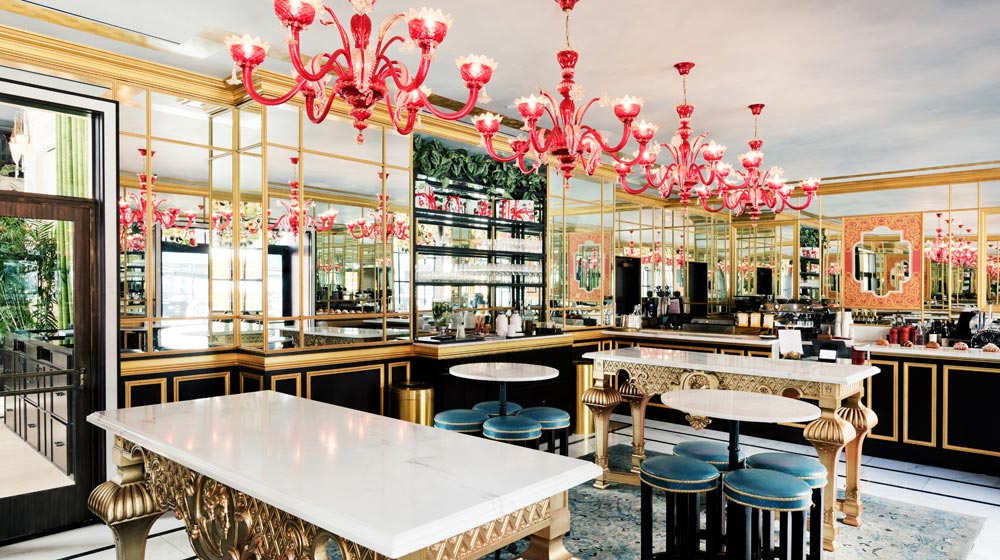 Each of the 241 rooms at NoMad Los Angeles speaks to the building’s storied beginning by drawing inspiration from Italian styles. NoMad Los Angeles is the designer’s first project in the city. Each room is appointed with custom designed furnishings and original artwork from Paris / New York-based design studio be-poles, with many also featuring freestanding pedestal bathtubs. Much of the building’s Neoclassical style, such as its Doric columns, ornate golden ceiling and marble floors have been preserved and incorporated into the new design. The original vault that once housed 12,000 safety deposit boxes locked in by a 50-tonne door has been kept intact alongside the coffered ceiling and square pilaster columns, topped with Corinthian Capitals and located in the lobby and restaurant areas. 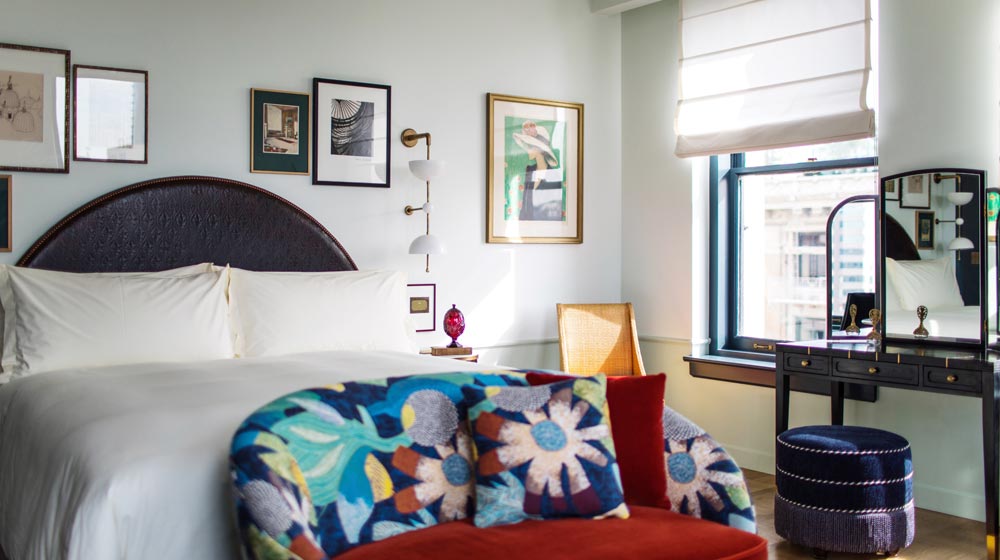 In the midst of a cultural renaissance, Downtown Los Angeles provides some of the city’s most interesting dining, shopping and entertainment, all within walking distance from NoMad Los Angeles. It is conveniently situated, providing easy access to Hollywood and Santa Monica.

REVEALED: Capella coming to Sydney in 2021

72 Hours of Luxury in Los Angeles – The Ultimate Stopover

The Best Restaurants with a View in Los Angeles

Jul 9, 2020
Prev Next 1 of 1,571
Tweets by LATTEluxurynews
Subscribe to the LATTE enews
Enquiries