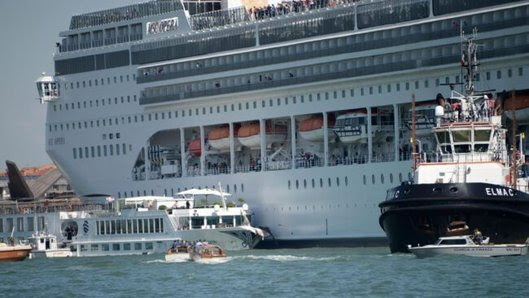 People on the dock can be seen running as the ocean liner bares down on the Uniworld vessel, with MSC Opera’s horns blaring against the impending crash.

MSC Cruises is blaming the incident on a “technical issue” aboard MSC Opera as it navigated near the dock.

“The investigations to understand the exact causes of the events are currently in progress,” MSC’s statement said. “Regarding these, the company is working closely with the local maritime and other authorities.”

“The ship has in the meantime received authorisation to move to be moored at the Marittima terminal, as planned. She is now moored there and has begun passenger operations,” MSC Cruises said. 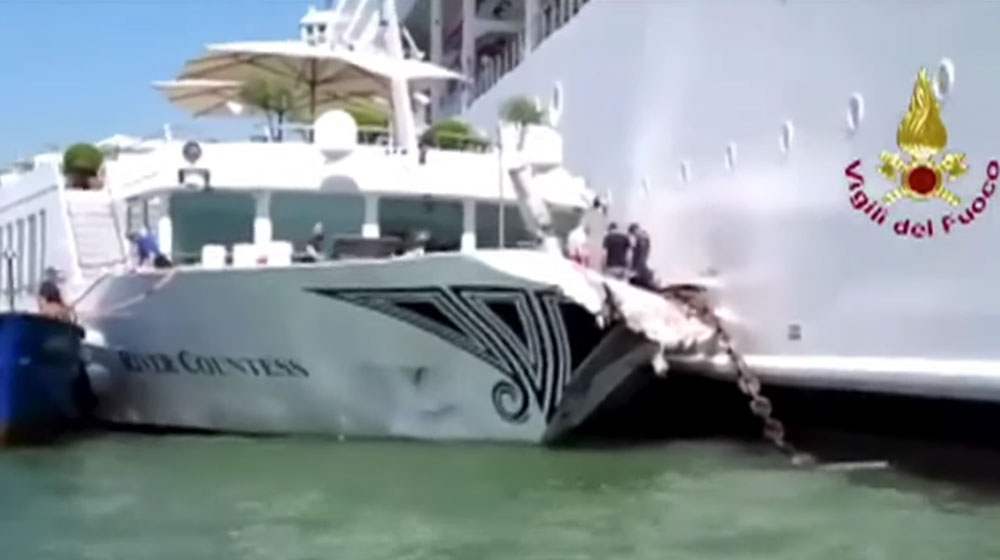 Uniworld’s River Countess, which was scheduled for a Super Ship makeover at the end of this season, was however worse for wear following the crash, with images showing its bow crumpled and bridge collapsed.

In a statement to LATTE, Uniworld confirmed River Countess was “hit” while docked at the San Basilio Cruise Terminal.

“Four guests with minor injuries were escorted to the hospital by Italian-speaking Uniworld staff. No crew members were injured. The accident occurred after most guests of the 130-passenger River Countess had disembarked and were transferring for flights home,” Uniworld said.

“Uniworld’s technical and nautical crisis response team is on the way to Venice to thoroughly evaluate River Countess and take necessary action. Guests slated to arrive today have been informed and are under the care of Uniworld who is providing hotel accommodation,” LATTE was told in a statement.

Further updates on the extent of damage sustained by River Countess are expected.

Aug 10, 2020
Prev Next 1 of 1,593
Tweets by LATTEluxurynews
Subscribe to the LATTE enews
Enquiries