Hyatt has officially reopened Hôtel du Louvre in Paris following a complete renovation. Positioned in the heart of the city’s Palais-Royal district and surrounded by the Musée du Louvre, the Comédie-Française, the Palais Garnier and Palais Royal, the 164 rooms and suites have been fully redesigned to reflect the hotel’s original Parisian style with high ceilings, elegant moldings, marble floors reminiscent of the Opéra Garnier and chic Parisian furniture. 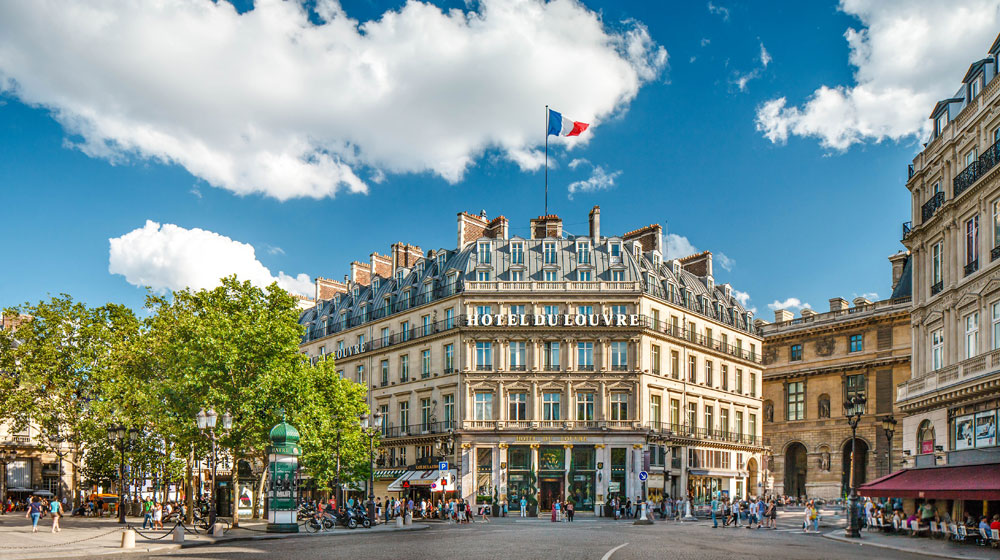 Originally opened in 1855 as Paris’ first grand hotel, the property is a self-standing central landmark that epitomises Napoleon-era Paris. The Second French Empire architecture and the modern interior design provide a bold and thoughtful contrast to this extraordinary hotel. It draws inspiration from the personalities that have shaped the hotel’s rich history, including Sir Arthur Conan Doyle, Victor Hugo and Sigmund Freud.

The hotel’s 106 rooms and 58 suites are set in typical French décor, some of which also offer balconies with views over the Opera Avenue, Comédie-Française and the Louvre Museum.

The hotel will now be home to Brasserie du Louvre, the first Parisian ‘Brasserie Bocuse’ serving traditional French cuisine with recipes developed by Paul Bocuse, known as the “Chef of the Century.” The restaurant is part of Bocuse’s Restaurants et Brasseries de Lyon which have been embodying Lyon’s gastronomy and French expertise for the past twenty-five years. 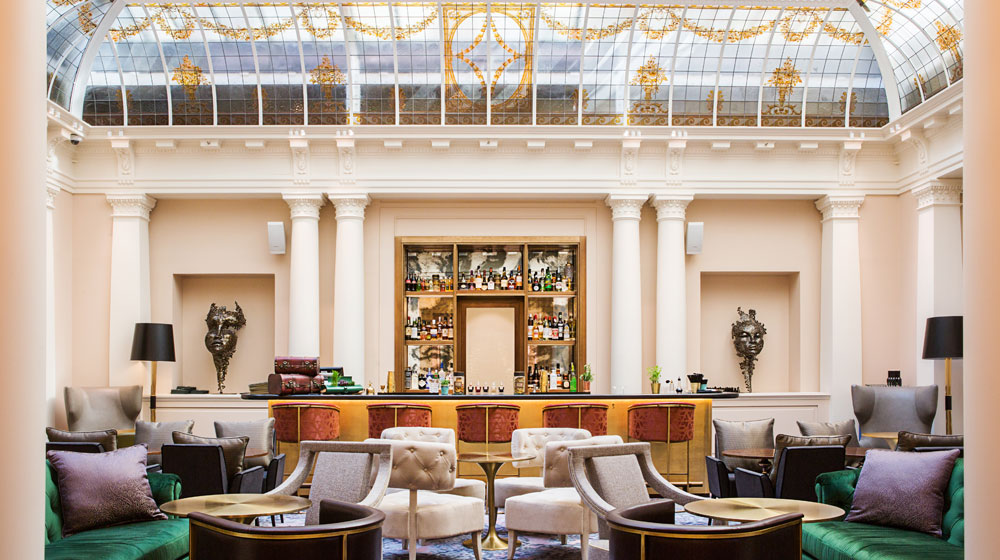 Hôtel du Louvre is the fifth property in Europe to open as part of The Unbound Collection by Hyatt. It joins Parisi Udvar Budapest Hotel, Hotel Martinez Cannes, Hotel Sofia Barcelona and Nish Palas in Istanbul.

Our home is girt by sea, and that’s where we head on holidays

The Unbound Collection arrives in London