Seabourn has unveiled details of the submarines that will be offered aboard its expedition fleet from 2021. Seabourn Venture and her yet-to-be-named sister-ship will each carry a U-Boat Worx Cruise Sub 7 submersible, an underwater battery-powered craft that will take up to six guests to a depth of up to 300 metres below sea-level. They have been “designed specifically for Seabourn,” the cruise company said. 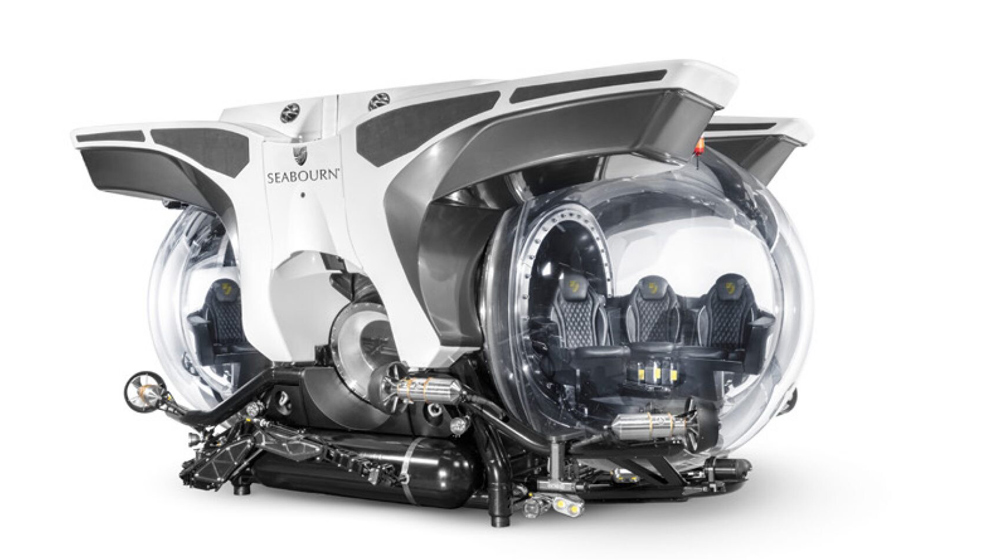 But if the subs looks familiar, that’s because they are  the same vessel that Scenic Luxury Cruise & Tours will offer guests aboard Scenic Eclipse.

Passengers on the Cruise Sub 7 are seated in two clear acrylic spheres that flank the centre pilot’s station, offering an awe-inspiring perspective of the marine world beneath the waves. The three passenger seats in each sphere are mounted on a rotating platform that can turn for best sightlines.

To maximize the guest experience, Seabourn’s subs will be outfitted with a host of optional equipment to enhance this once-in-a-lifetime opportunity. A 4k underwater video camera system will record the world outside while an internal video recording system will capture imagery of guests inside as well as their direct surroundings. Video footage can then be downloaded and projected on large screens in the Discovery Center during lectures aboard the ships. A six-function manipulator arm capable of lifting up to 32 kg (about 70 pounds) will also be mounted on the side of the sub. In keeping with the luxury experience found on Seabourn, each sub on both ships will be outfitted with custom-embroidered leather upholstery, two air conditioning systems, a Bluetooth stereo system and champagne chiller for guests looking to toast their voyage of discovery.

The subs will be operated multiple times per day in regions around the world where conditions are suitable. They will be equipped with underwater LED flood/spot lights, imaging sonar that acts as a second set of eyes and an advanced underwater tracking and navigation system.

The Ritz-Carlton introduces new level of luxury in Xi’an