Johannesburg’s Saxon Hotel, Villas and Spa has a unique story. It was built in the early 1980s by insurance magnate Douw Steyn, best known today for Comparethemarket (he turned the family home into a hotel in 2000 – it now has 53 suites).

On February 11th 1990 Steyn’s good friend Nelson Mandela, whose life sentence had included 18 years on Robben Island, was released from Victor Verster Prison in Cape Town, and he came to stay. During his many months as a houseguest, Mandela wrote Long Walk to Freedom, which was published in 1994. Today, that book, in English and many international translations, is just one of the tomes exhibited in the Mandela gallery that extends off the hotel’s main hallway: there are also masses of relevant photos, and memories from Mandela’s long-time PA, Zelda La Grange, who now lives in Cape Town.

South Africans have a natural affinity for the one-time home of ‘Madiba’ (father). At their first visit, foreigners are attracted because they too are intrigued by the whole Mandela story. After that, they are drawn back by The Saxon’s six hectares of gorgeous grounds with lakes, and by the food and service. GM George Cohen, who has been here since 2005, has a magnificent team of 330 who only seem to leave if they need to move away from Johannesburg.

I had met chef Jane-Thérèse Mulry when she was cooking at Qualia, in the Whitsundays. Here, she oversees the hotel’s food, including all-day Qunu, named for Mandela’s home village. Her modern-African menu is complemented by veggie options. I started with a mushrooms and hemp pointillist-look starter but her beetroot main course was magnificent. An enormous baked beetroot had been bisected and encased in pasty, to look like the best beef Wellington (and it went jolly well with Rijk’s Private Cellar Pinotage 2013 Tulbagh).

I had stayed in suite 200 before. It exemplifies the best of Africa, natural woods, superb art, and space. Easy-flip wood shutters eight French windows look out to a private terrace and seemingly endless lawns broken up by lakes and enormous trees.

Because I had an 8 a.m. appointment at the spa – first-class, La Prairie and superbly-trained therapists – I went for room service breakfast. It was notable partly for delivery. Exactly on the dot of seven, a senior gentleman wheeled in the most beautiful wood trolley, with a pull-out drawer holding plentiful supplies of cutlery. I had flowers, enough perfect papaya for a lifetime and so much else, and coffee came in a stainless plunger. It goes without saying of course that I also had my own coffee maker in the suite. 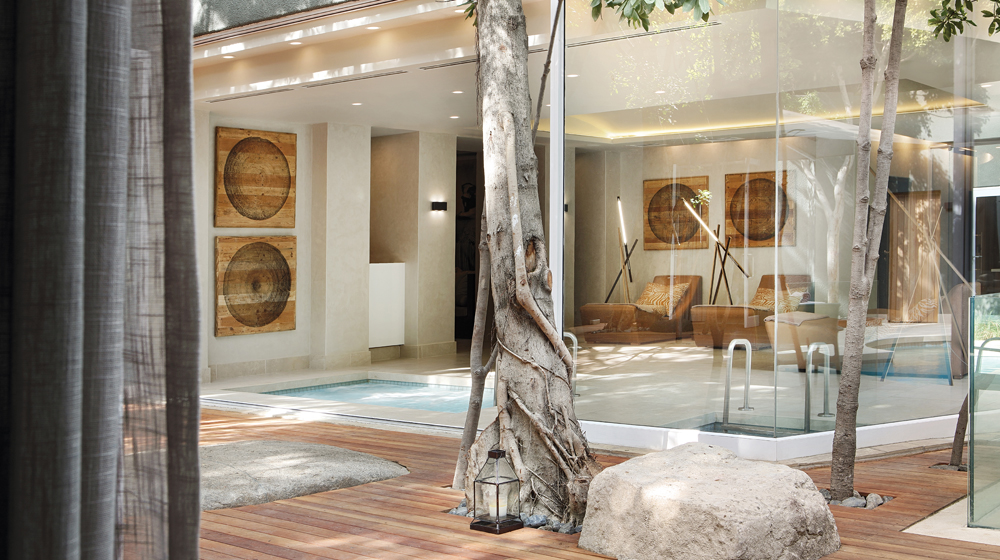 George Cohen says that for sentimental reasons, his boss Douw Steyn, who lives elsewhere these days, will never brand The Saxon. But this is a luxury hotel that will always be different, and not only for its collections, including a whole wall of African rushwork baskets and so on. This is a luxury hotel with the highest standards, throughout. The gym, for instance, has superb and well-maintained Technogym pieces, and PowerPlate and TRX straps. Come out of the gym, to a series of pools, one heated for swimming, another alive with fat orange koi.

Four Seasons Hotel The Westcliff, Johannesburg also has history, which it owes to ‘The Westcliff”: Orient-Express visionary James Sherwood made it one of ‘his’ hotels in 1998. After it was bought in 2012 by polo-playing entrepreneur Ali Albwardy, working 50-50 with B.S. Ong, it was not surprising that they switched to Four -Seasons management. Both are serial Four-Seasons owners.

And Four Seasons Johannesburg The Westcliff, as it now is, has found its niche, thanks to arts-loving GM/RVP Sebastien Carre. He and his Australian wife have made this hotel the centre of Johannesburg’s vibrant arts and culture scene. And arts and culture are one of the things to do in town (local gallery addicts recommend the Wits Art Museum, and Arts on Main, in Maboneng). And there are sports to watch, say cricket at Wanderers stadium. Or head for Jazz, at Katzy’s, or the Marabi Club.

You’ll also find jazz among the arts at Four Seasons Johannesburg The Westcliff. As its name implies, the 117-room hotel is on one slope of a hill, hence the name of its art programme, Art on the Hill. 65 people, no space for more, enjoy an evening of Keith Frisley’s cooking plus a performance (see a jazz evening, above). Coming up this August 25, for instance, is brilliant Pretoria-born Tutu Puoane: she is married to Belgian pianist Ewout Pierreux and it is really worth checking them, perhaps both, on YouTube. 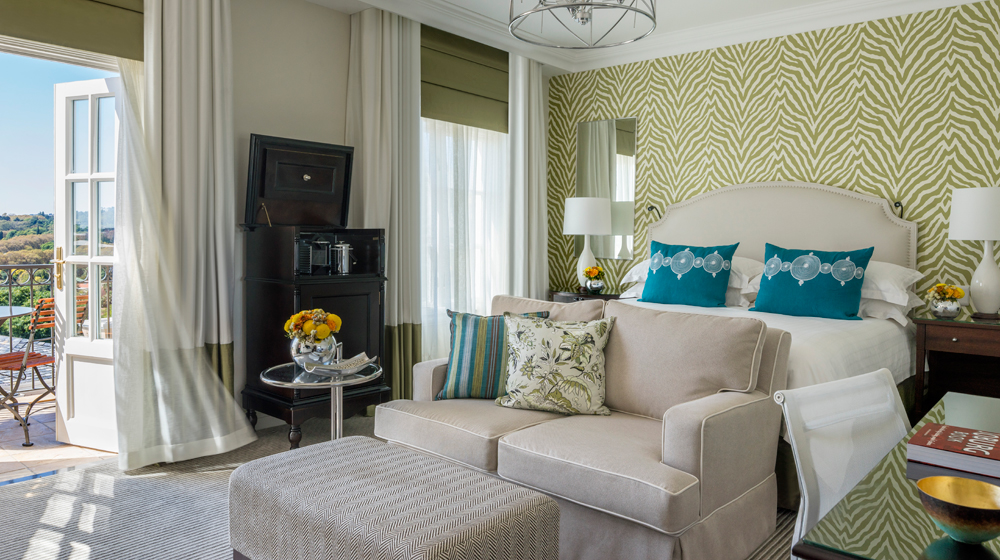 The hotel is more like a steeply-inclined winding street of houses. Restaurants are at the top of the hill, and now, fortunately, a pair of sculpture-look elevators make the climb easier – though walking the cobbled walkway is great cardiac exercise (the gym is down at base level, next to the hotel’s Deli, where I was happy to see regular local businessmen having healthy breakfasts en route to their offices). Front desk and concierge are also down there. Concierge Diniy D’Hamzah showed me how the hotel’s boutique is now run in-house: it is displayed in the concierge area and it is the concierges — who know what guests like — who do the buying. Current best-sellers with Americans, he said, are African-type baskets made with colourful telephone-type wires rather than traditional rush. 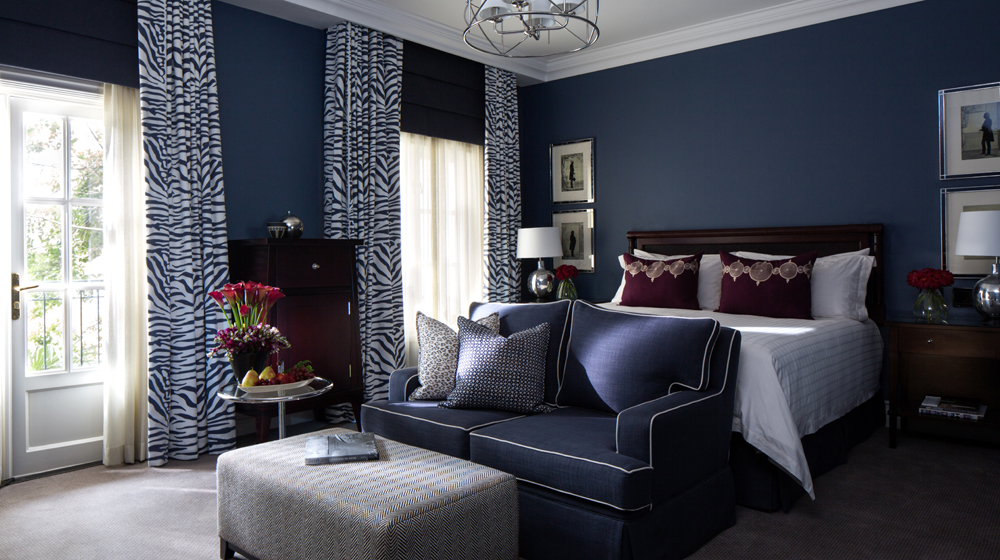 My suite, 301, had a sizeable terrace for sunbathing. I looked over its wall, down to the hotel’ s multi-level wine cellar and adjacent outdoor tasting space. Further down was Johannesburg zoo, with an occasional trumpet from the Elephant House. Back inside, I looked around a pale grey and white ambience, highlighted by some old maps and scenic countryside views. It was midday snack hour. The hotel works with South Africa’s top healthy-eating specialist, Christine Phillips. I had her detox salad bowl, red and white shredded cabbage, bok choi, red onion, sugar snap peas, broccoli, fresh mint, coriander, sprouts, cashew nuts, seeds. There was Thai dressing to pour over, and instead of the optional chicken strips, I opted for salmon. 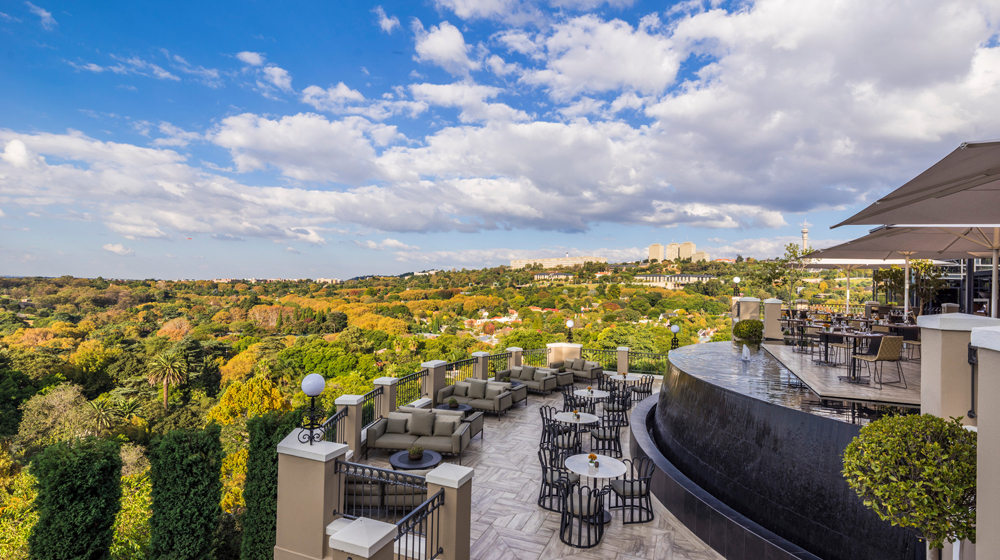 Dinner was at the hotel’s Flames restaurant, which is extremely popular with South Africa’s more-successful millennials (in Johannesburg’s Diamond Walk at Sandton Mall, I was amazed at the size of the Chanel, Dolce & Gabbana and Gucci stores). My new friend Natalie Harrison filled me in on local trends, and also on hotel guests’ growing enthusiasm for escorted cycling tours through Soweto and guided explanations of Ponte Tower, the 54-storey structure that see-sawed from the height of whites’ luxury housing down to the nadir of under-privileged hangouts and now, up again; it is a showplace of arts+living+co-working. And in between learning about Johannesburg life, there was time, too, to do justice to Knysna oysters and a Kalahari tomahawk, from the Karoo, and Southern Right Pinotage 2018 from Hermanus.

Mary Gostelow gives the inside story on Cannes during ILTM

Mary Gostelow goes in search of Romeo Montague in Verona