Last Friday [26 July, 2019], Scenic Luxury Cruises & Tours quietly took delivery of its first ‘Discovery Yacht’, Scenic Eclipse, from the Croatian shipyard in which it was constructed.

The six-star polar expedition ship has suffered numerous delays due to ongoing financial challenges by shipbuilder, Uljanik. Those challenges pushed the originally slated launch date back by close to 12 months. In May, Uljanik Shipyard commenced bankruptcy proceedings, a move that saw Scenic negotiate a deal with a bankruptcy trustee to ensure Scenic Eclipse was delivered uninterrupted.

Local media, RTL Croatia, were on hand for Scenic Eclipse‘s departure from the Pula shipyard a week ago, with Scenic Founder and Chairman, Glen Moroney also onsite for the delivery. 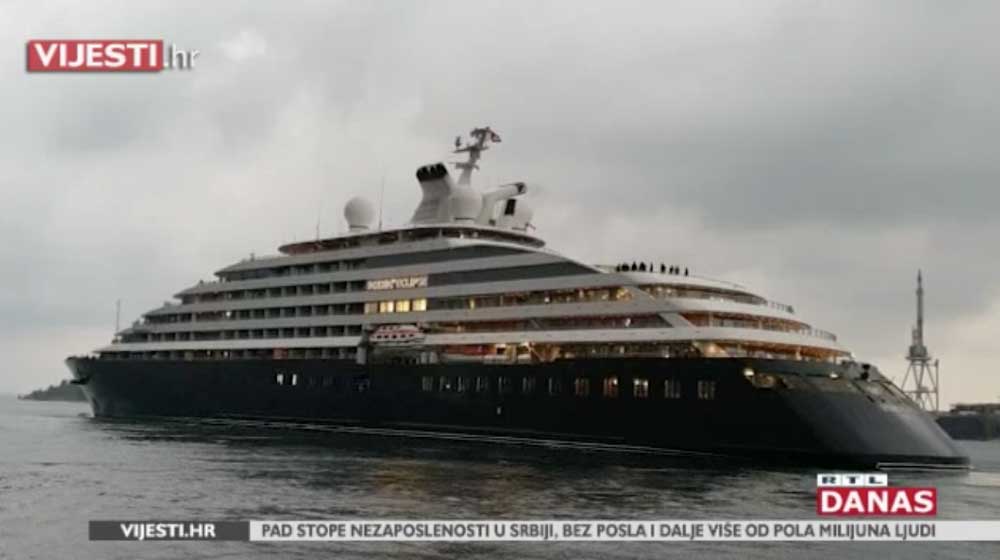 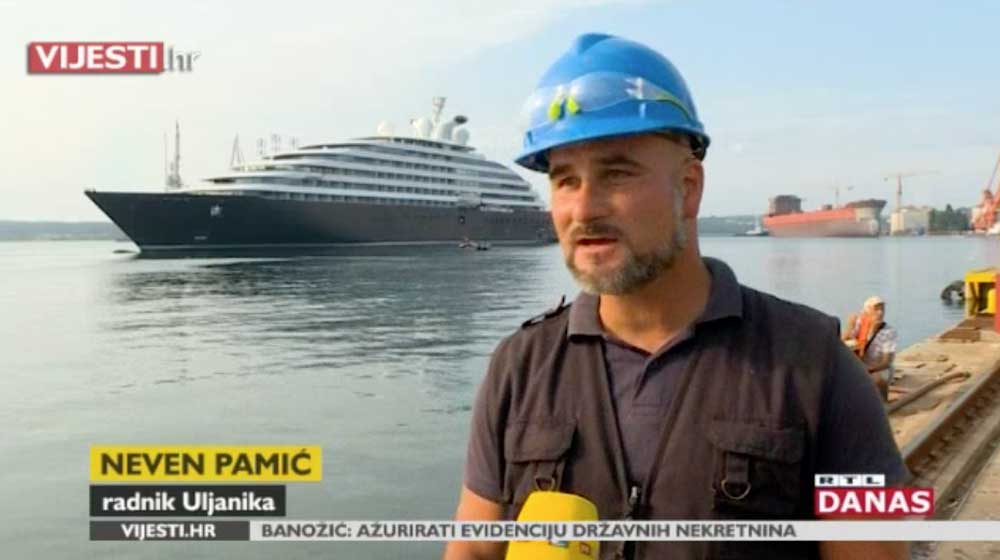 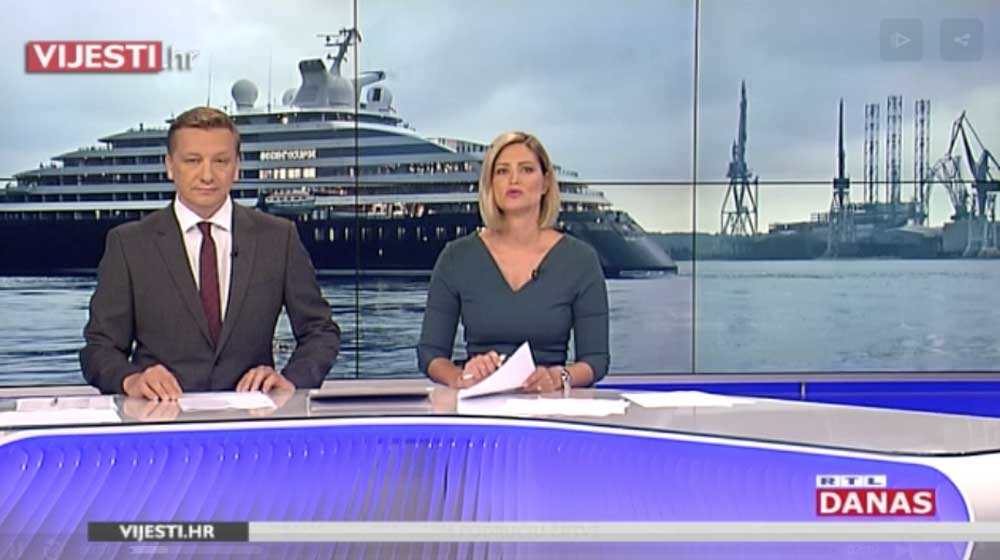 Despite the construction woes, RTL Croatia reported that Moroney is intent on building a fleet of five additional super cruisers with Uljanik, valued at €800 million.

That revelation follows an earlier flagged strategic partner consortium between Uljanik, Croatia’s DIV and Italian shipbuilder Fincantieri and their plans for future ships under a new Discovery Yachts division. Until now Scenic has only confirmed a second vessel would be built, Scenic Eclipse II, but there has been no word yet on the progress of the second Discovery Yacht’s construction timeline.

RTL Croatia reported that 200 of the workers from the Croatian shipyard will be heading to New York on Scenic Eclipse to look for new work now the ship is complete. A further 200 will remain at Uljanik’s Pula shipyard, as new opportunities for Moroney’s Malta-based PEC Limited company appear certain to arise.

“We are very happy to be involved in the project and are thanking Glen for the opportunity to work on this extraordinary ship because we have been through some tough times lately with regards to having enough work on, and you never know what’s around the corner tomorrow,” Pamic was quoted as saying.

The construction of Scenic Eclipse involved builders and engineers from over 40 countries. Shipyard worker Zamir Hadzic said the 228-passenger luxury ship was the biggest project Uljanik had ever tackled. RTL Croatia’s report said workers at Uljanik described Scenic Eclipse as the “Jewel in the Crown” for the company.

Moroney was quoted saying he was “pleased with all progress and workmanship”.

Meanwhile, following a few days at sea, Scenic Eclipse arrived at its port of registry, Valletta in Malta, on Wednesday. The below clip was posted on LinkedIn by Per Bjornsen, Director of Marine Operations, Leisure Section at V. Ships, which has been viewed over 20,000 times within 24 hours of being shared.

The ascension of Haute Villégiature

Mary Gostelow travels to Boston to support the Preferred family