Chicago is renowned, and justifiably, for some pretty unfriendly winter weather but the rest of the year it is gorgeous. In summer the city moves outside, quite literally. You have great art and music. When the weather allows, do not miss an architectural boat tour along the Chicago River, alerting you to the history of such buildings as the 1919 Wrigley Building, and the 1926 Jewelers Building, built with an auto elevator and indoor parking to protect the jewellers and their loot. In summer, enjoy the sandy beaches of Lake Michigan. Year-round, try not to spend every cent along Magnificent Mile, the stretch of Michigan Avenue that runs from Oak Street Bridge, to the north, south to the main Michigan Bridge. My favourites include the massive jewel box of a Burberry store and a theatre-in-the-round that is in fact an Apple Store. Here are two of my favourite hotels.

Park Hyatt Chicago is the city’s luxury hotel for art river-lovers, and the gal is always so happy to see the Mieko Yukib head in the ground floor lobby (Ms Yukib also did the whimsical animal gargoyles in elevators in Park Hyatt Tokyo). The 198-room Park Hyatt Chicago occupies up to the 19th floor of a 67-floor structure. Gorgeous bedrooms with have lots of art, and books, and memorable views of the city around: try to face east, over the Water Tower to Lake Michigan. 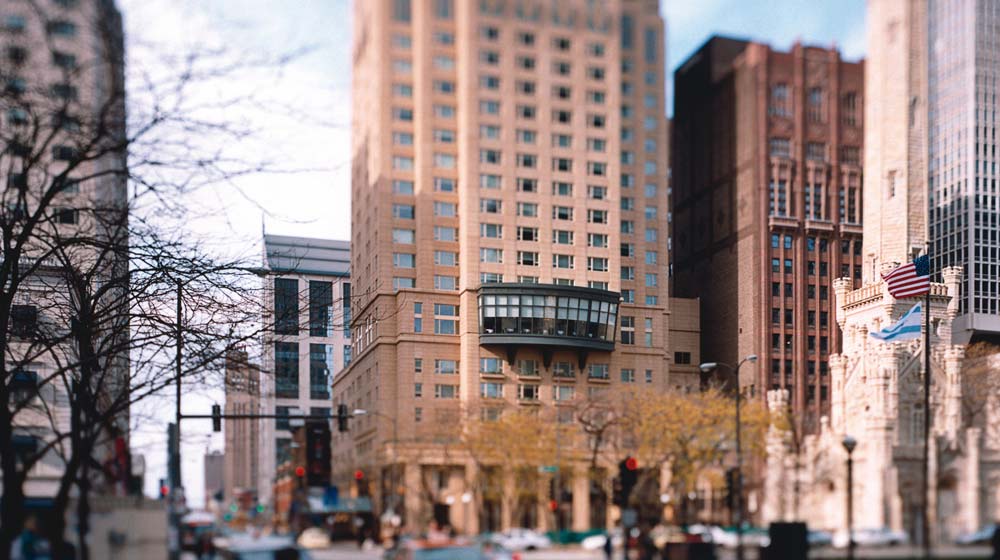 I have always loved Park Hyatt Chicago’s seventh floor: here you find the 24/7 LifeFitness gym, the indoor pool, and the NoMi restaurant, its front cantilevered out from the otherwise-vertical east exterior facet, over the city’s signature Water Tower, constructed 1867. Here on the seventh floor, also, is NoMi garden terrace, the gathering place of Chicago’s savvy cognoscenti on warm evenings. But I was meeting up with two dear Hyatt friends and their wives, and we dined in comparative peace inside. 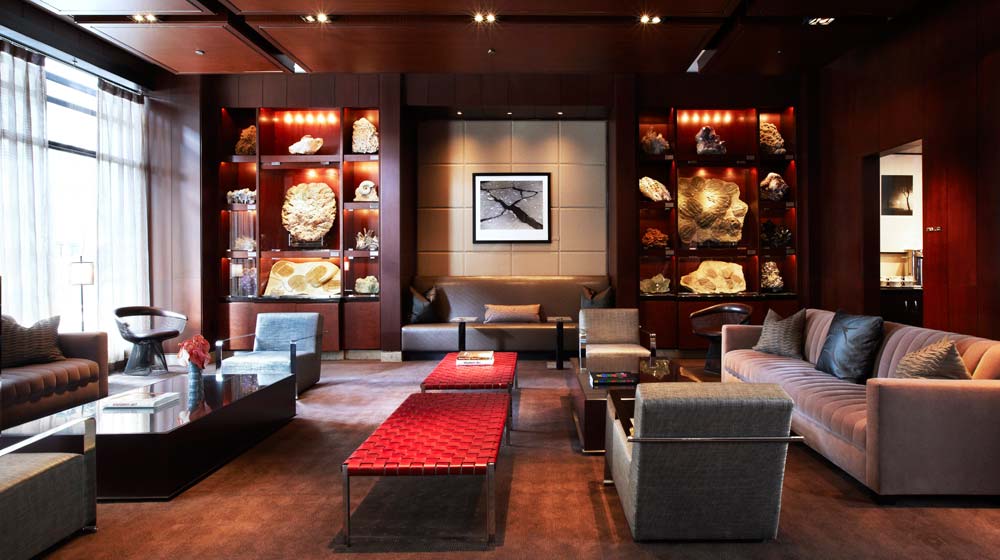 NoMi has always been more healthy than the American par and tonight we started with a gigantic platter of sashimi and sushi. I was told that the neighbouring table was taken by locals who dine here at least once a week: to have a hotel restaurant that is comfort-eating rather than anniversary-dining in the minds of outside customers is a sure-fire sign of business success, which is what every hotelier aspires to but may not achieve. Park Hyatts often get it right – I think, in alphabetical order, of Bangkok, Chennai, Paris and Sydney, as well as Tokyo. 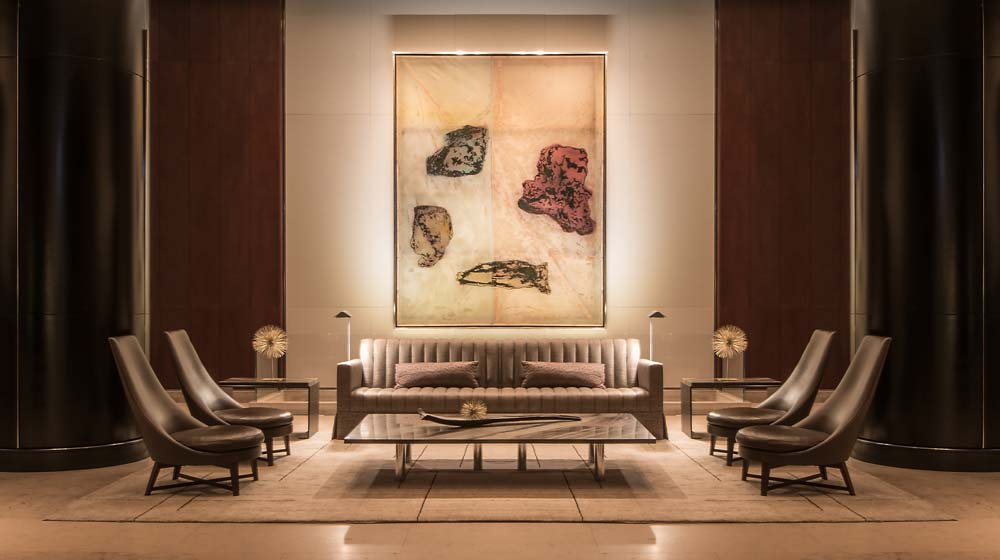 This particular Park Hyatt has many other stand-out points. Its lobby is like a club room, with morning-long coffee and 24/7 cold drinks, and books and more books. There is a 2016 Nancie King Mertz pastel likeness of the hotel’s pug, Parker, with former GM Walter Brindell, who adopted the dog from a rescue centre (a similar good deed has resulted in Mr Walker, a golden lab who is hotel ambassador for Park Hyatt Melbourne). The lobby also leads directly into an enticing Canada Goose store, whose windows are currently decorated by whimsical Roman street artist Alice Pasquini. Head across Chicago Avenue and you are in Ralph Lauren, do a U-turn and you are in Uniqlo. 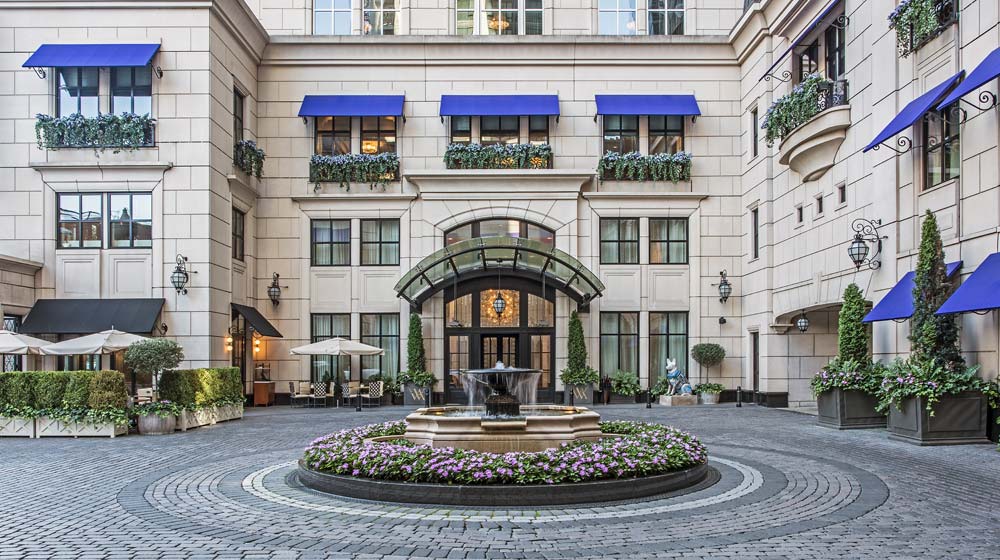 Another Grade-A hotel is Waldorf Astoria Chicago, where I returned after five years. In some ways it was coming home: the embroidered life-size angel hung on one wall is headless as ever. But a lot else has changed. As in so many thoughtful hotels, the lobby has been revitalised. The hotel has ditched a local culinary consultant in favour of the marvellous Michael Mina, whom all American foodies love and who is so versatile when it comes to food styles. Here the rear of the lobby is a Petite Margeaux coffee shop, with seating inside and, when the weather allows, outside in the courtyard, under bright purple umbrellas. I sat over a cup of coffee in Petite Margeaux, waiting for my room to be ready, and it was fascinating to watch the number of locals, obviously regulars, coming in for their morning caffeine (many had walk machines, known as tiny dogs on long bright-coloured leads, in tow). 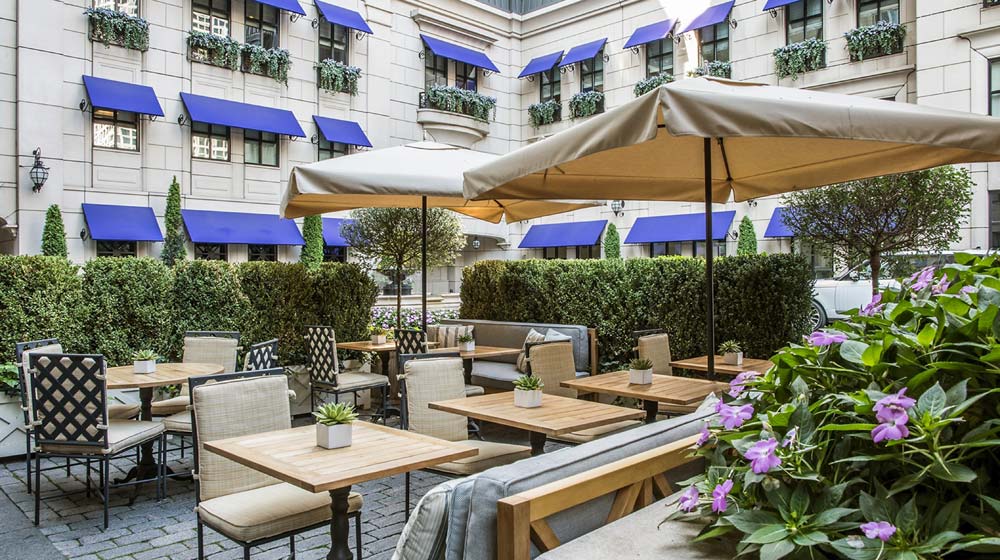 There were obviously financial-type meetings going on when I was there but, like a chameleon, the 188-room hotel has something to suit everyone. Those in a hurry can have quick bento-box lunches in the main Margeaux bistro (70% choose such a box). Fitness enthusiasts have, from 5.30 a.m., a good Matrix gym, and an indoor pool. Shopaholics only have to look across the hotel’s courtyard to see, from left to right, IWC and Pannerai and A Lange & Söhne stores: – and of course you are only a few minutes’ walk from Magnificent Mile. 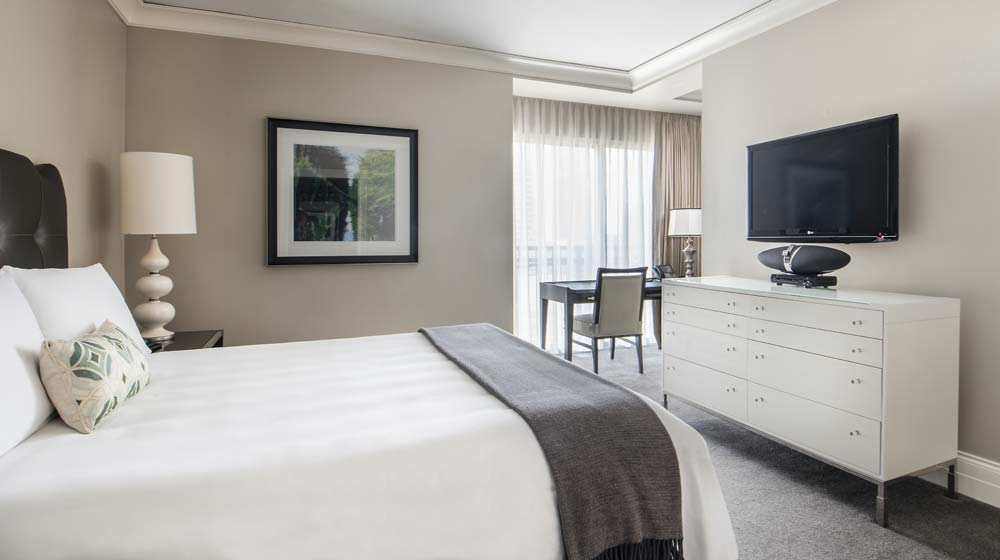 Todd Temperly, who runs this very efficient hotel, has instituted many memorable features. My room supplies included a paperback that I really wanted to read, with a note that said do please take it, with this bookmark. Actually, there are so many memories of this hotel. I ordered a New York Times from concierge Judson Corrie. Would I like tea or coffee with it? The coffee arrived, with the newspaper, at exactly the requested moment. I then had breakfast-proper with Todd Temperly, who seems to commute, for nine minutes, between this and the other luxury hotel he heads, Conrad Chicago. Fortunately, perhaps, both are owned by the same person, Laurence Geller, a one-time chef who became a lifetime hotelier and thus understands that hospitality bricks and mortar do not work from the customer viewpoint unless they are married to passion. Here, at Waldorf Astoria, I had coffee on arrival, coffee at wake-up and coffee at breakfast-proper, and in each case the server asked really genuinely if they could do anything more for me. 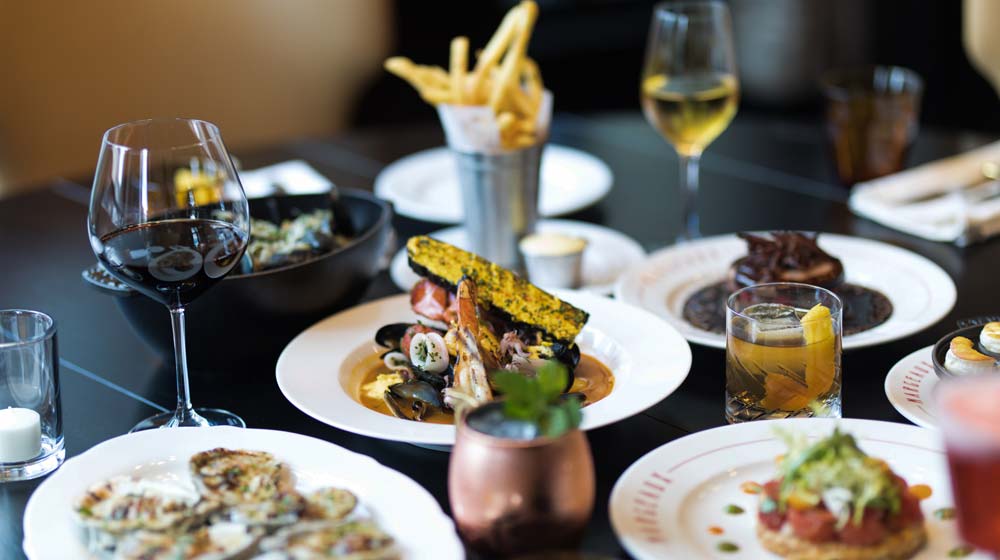 MSC to resume sailings in mid-August

Aug 10, 2020
Prev Next 1 of 1,592
Tweets by LATTEluxurynews
Subscribe to the LATTE enews
Enquiries

Mary Gostelow dreams of the ultimate luxury game lodge in…