Viking hosted 50 select travel partners, past passengers and media in each state for an advanced screening of the new Downton Abbey feature film on Sunday [8 September, 2019] that was ahead of the global premiere in London. Events were held in Sydney, Brisbane, Adelaide and Perth, and on Monday in Melbourne.

As Downton Abbey hits cinema screens across Australia this week, it is worth noting the close connection between Highclere Castle (the ‘real’ Downton Abbey) and Viking. The long-running TV series about life in an aristocratic household in the 1900s proved so popular that the cast has returned on film. However, according to actor Hugh Bonneville who plays Lord Grantham, the star of the series and the film is not an actor but the castle itself.

“It’s the centre of the whole show around which everyone revolves,” Bonneville said in a recent television interview. 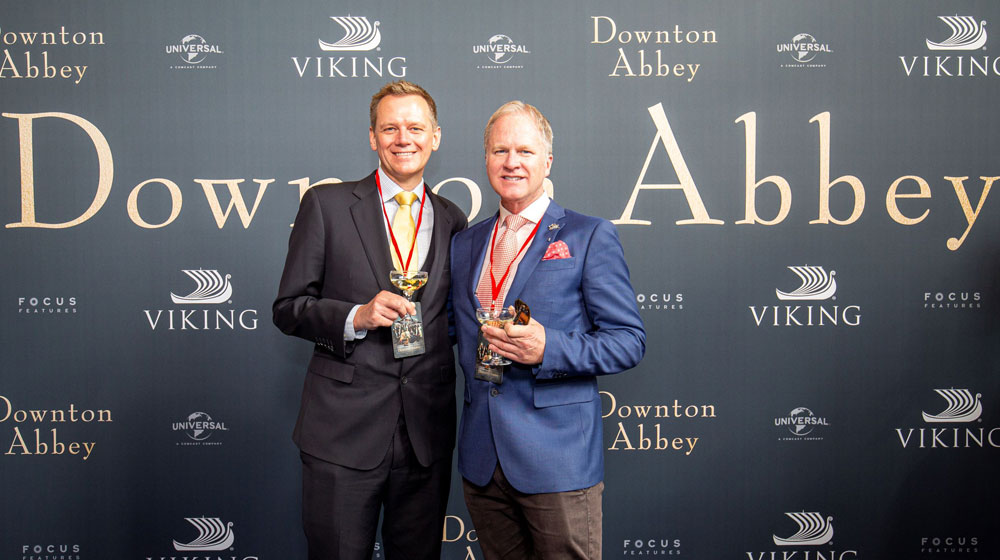 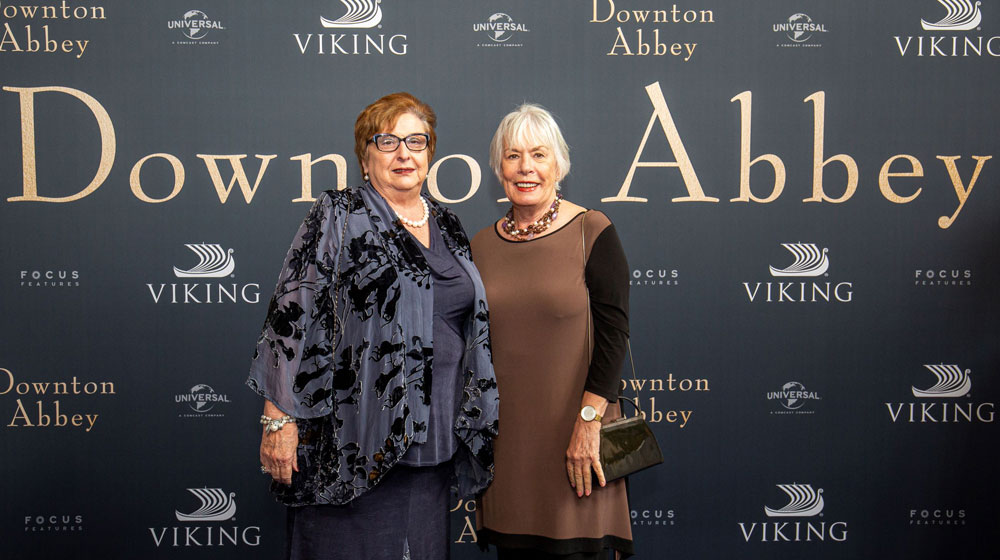 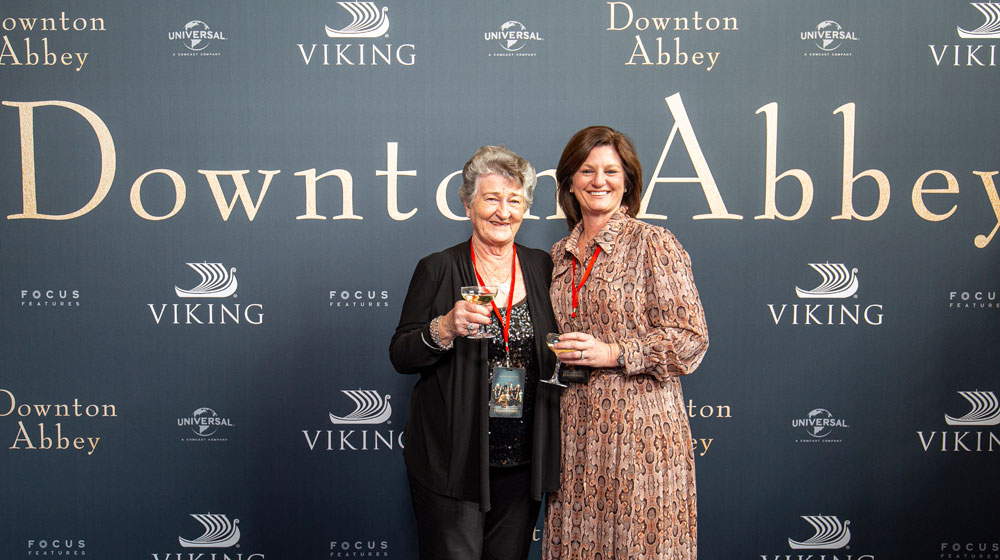 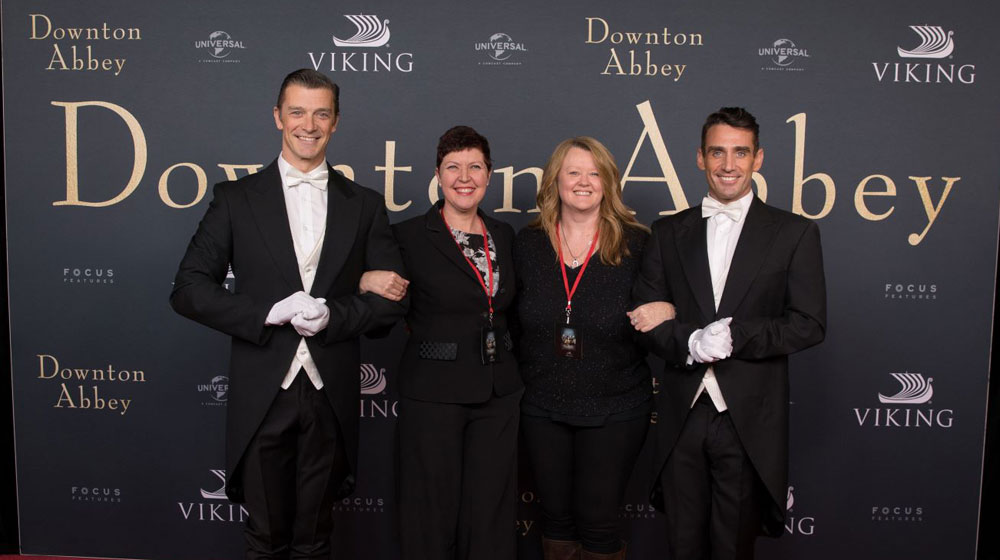 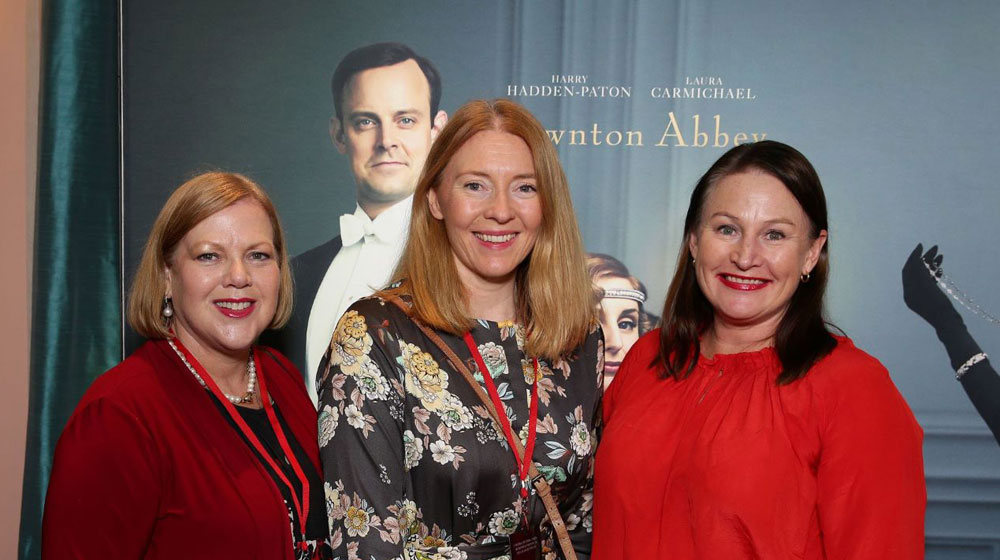 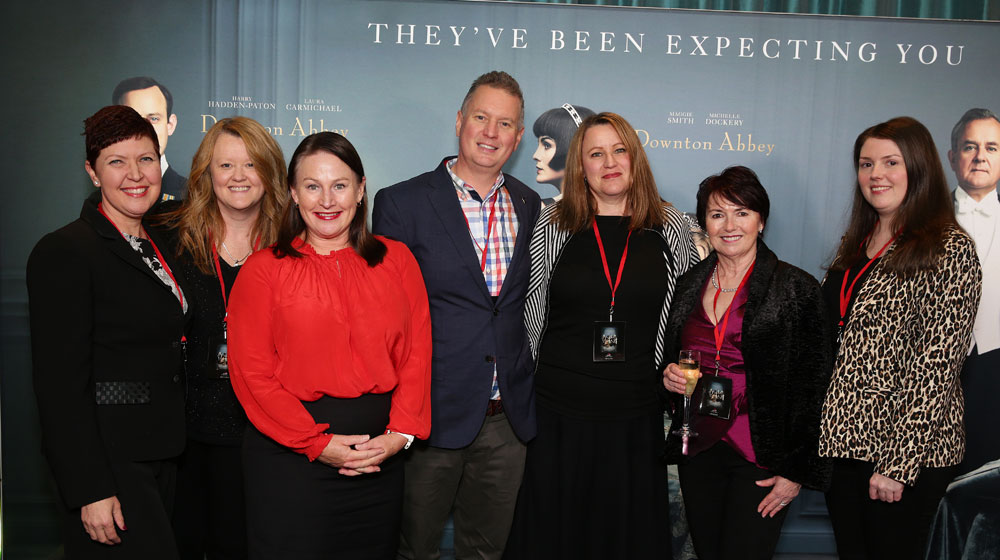 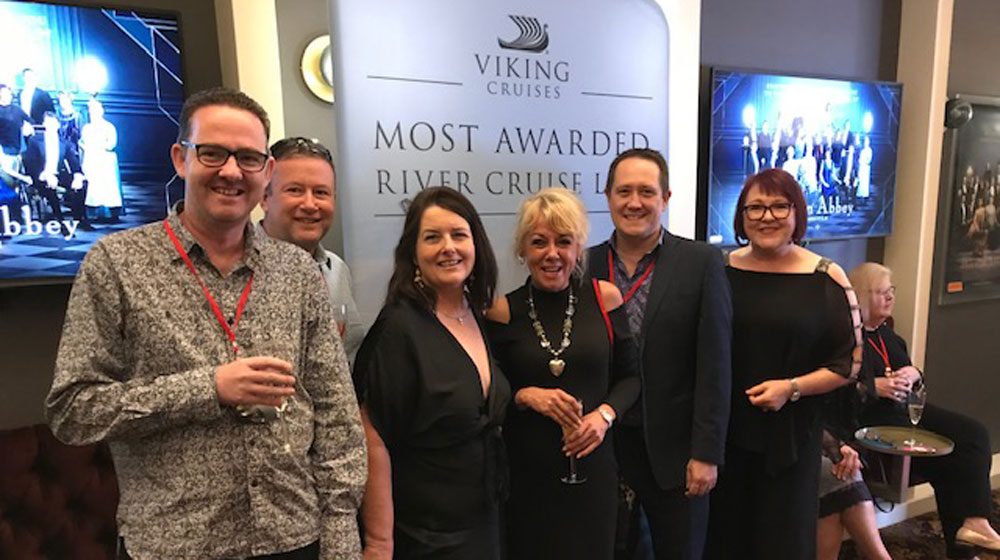 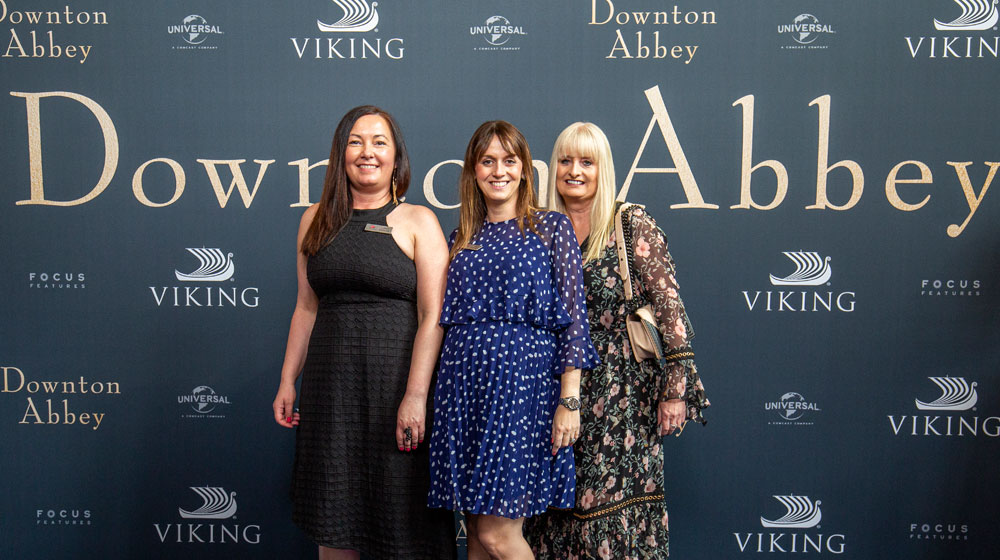 The Earl and Countess of Carnarvon, owners of Highclere, and the Hagen family, who own Viking, are friends. This has led to a long association between the two which started when Viking launched their exclusive tours of Highclere back in 2014.

“The relationship between Viking and Highclere is one of friendship and family,” said Karine Hagen, Senior Vice President of Viking.

“In our professional worlds, both Lady Carnarvon and I are much aligned in our determination to deliver enriching and meaningful experiences to our guests. Our respective platforms, Highclere Castle and Viking, allow us to connect different cultures in ways that can ultimately help make the world a more understanding place.”

In honour of the ongoing association, Viking is again offering tours of Highclere Castle to coincide with the launch of the film, and continuing with its 2020 cruises. Among these sails is the 2020 15-day British Isles Explorer which offers a three-day extension to Oxford and Highclere Castle post-cruise. However, a half-day guided tour is available to passengers with pre or post-cruise extensions on several ocean and river itineraries.

Viking is a partner of Focus Features, Universal Pictures and Carnival Films in the release of the new full-length film, building on the cruise line’s continued commitment to enriching cultural programming.

This week Viking unveiled a new Pre/Post Cruise Extension, Great Homes, Gardens & Gin, which has been designed to give guests an exclusive look at several country estates that have served as the settings of acclaimed TV productions, such as those in the Downton Abbey television series.

Starting in 2021, the new five-day extension will be available on Viking’s Rhine Getaway river cruise itinerary and the British Isles Explorer ocean cruise itinerary and allows guests to explore Oxford and experience English country life. The program includes Viking’s Privileged Access tour of Highclere Castle, as well as a visit to Broughton Castle, home to the influential Fiennes family, whose members include the renowned British explorer Sir Ranulph Fiennes and actors Ralph Fiennes and Joseph Fiennes.

The castle also served as a setting for the award-winning series Wolf Hall. As part of the extension, guests will visit Chavenage House in the Cotswolds and stroll the gardens of Highgrove House, the private home of The Prince of Wales. While visiting Highclere Castle, guests will have an opportunity to taste the recently-launched Highclere Castle Gin, a super-premium London Dry Gin inspired by botanicals from the castle’s gardens. The extension also includes a visit to the nearby Bombay Sapphire Distillery to learn about the history and production of gin.

“Partnering for the release of the new film is a natural extension of our close relationship with Highclere Castle and our close personal friendship with the Earl and Countess of Carnarvon – with whom we proudly created Viking’s highest-rated cruise extension,” Karine Hagen added. 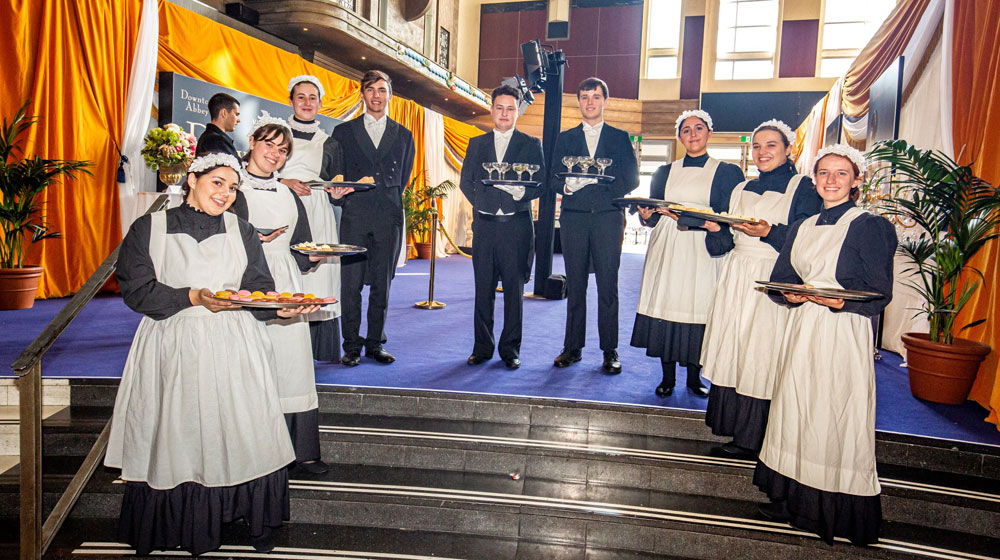 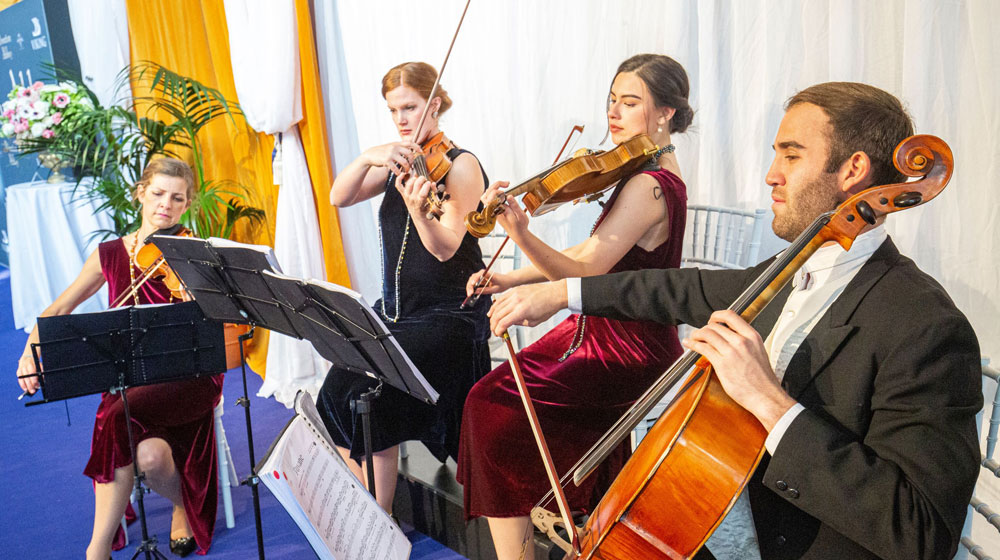 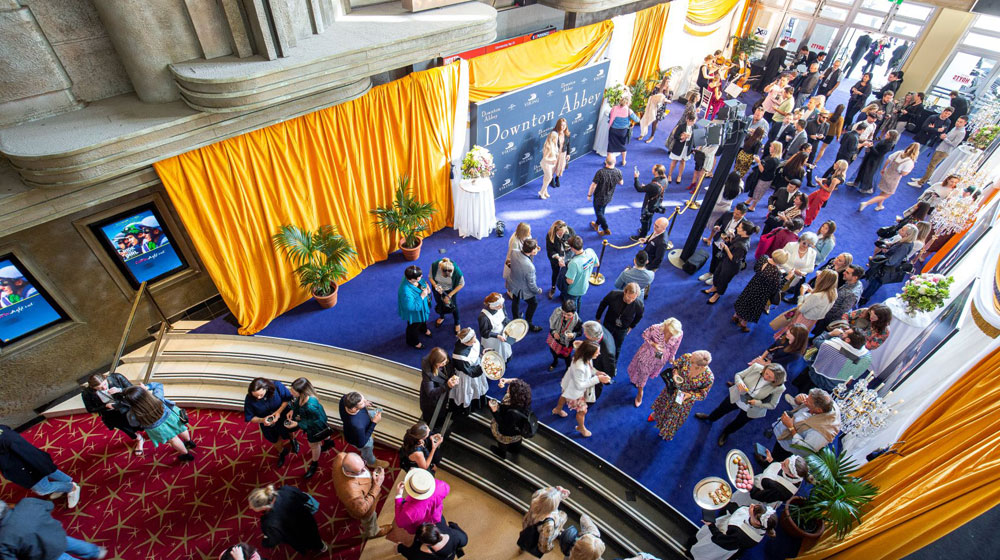 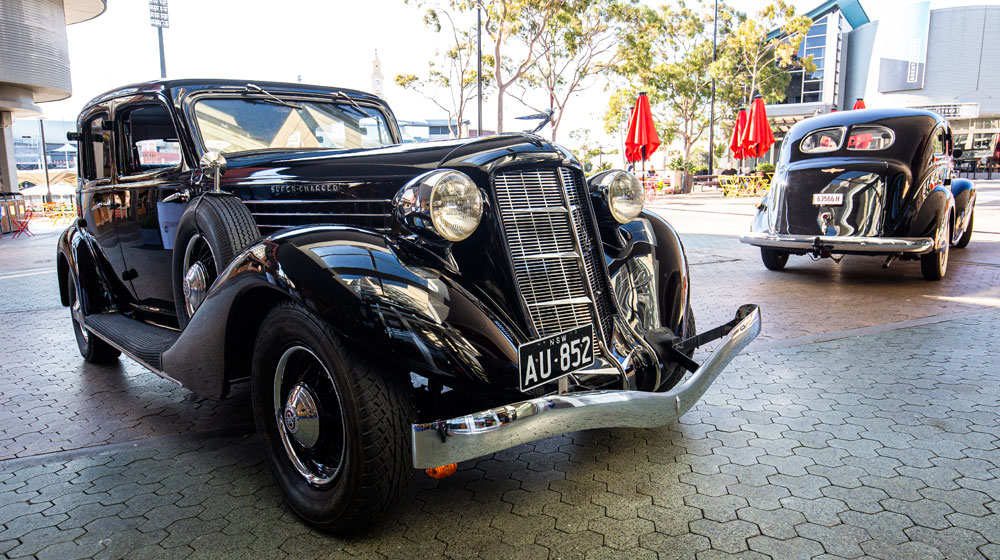 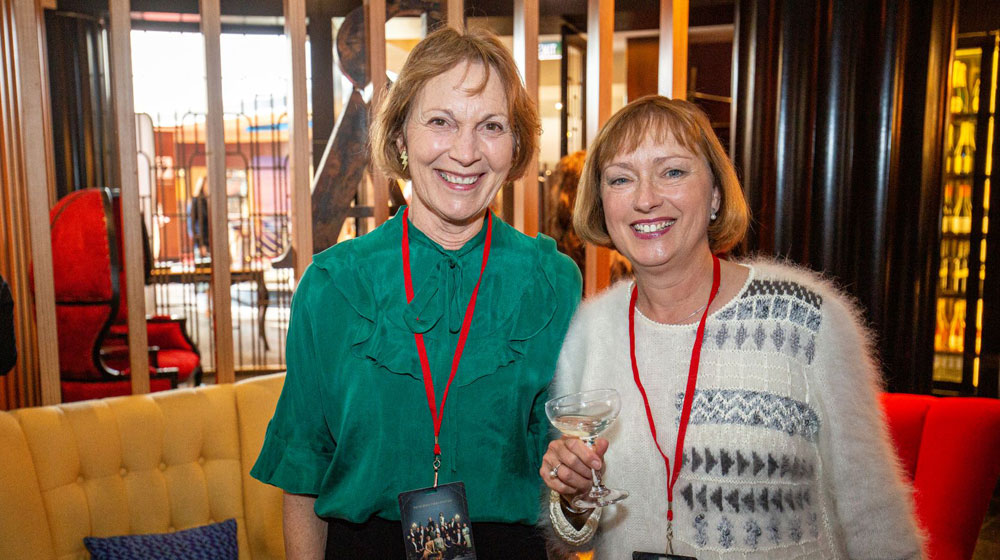 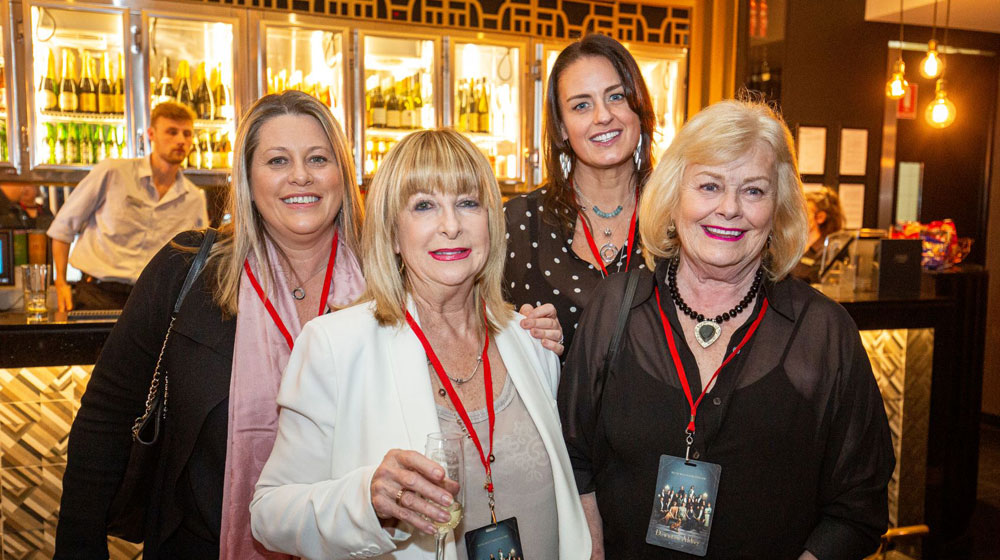 14 Hurtigruten ships to be operational in September

Jul 9, 2020
Prev Next 1 of 1,573
Tweets by LATTEluxurynews
Subscribe to the LATTE enews
Enquiries

Become an expert on Viking Expeditions

Viking Mississippi to set sail in 2022