Executives were in Sydney to meet with trade partners this week

Los Angeles is on the move and that’s good news for visitors who want a luxury experience, with no less than nine big name hotels due to open in the next few years, along with a slew of new cultural and dining options and a major upgrading of LAX that promises shorter queues and faster entry through Customs and Immigration.

Details were given in Sydney by a visiting delegation of LA Tourism chiefs who wanted to personally thank travel agents and advisors for making Australia the number-two market after China for overseas visitors in the past 12 months.

“LA has changed dramatically,” said Kathy Smits, Vice President International for the Los Angeles Tourism and Convention Board. “In the 1990s, you would go downtown and there was only one place to have a drink, then you would go home. Now the whole area has been amazingly revitalised with any number of hotels, bars and restaurants.”

“The nine hotels currently being built include The Fairmont in Century City, The Godfrey in Hollywood, the Park Hyatt and The W Downtown to name a few and the beautifully named Dream Hotel, a new luxe Hollywood property,” she said.

“And that’s not to mention the super deluxe InterContinental Hotel downtown that soars 73 stories into the sky”.

Smits also had good news for arriving and departing travellers at Los Angeles International Airport (LAX) where the world’s longest people mover is being built at a cost of US$1.9 billion and will be ready to roll by 2023.

“The automated train will whisk you along a 5km looping track to connecting terminals every two minutes, and it’s free,” she said.

Premium passengers can also book The Private Suite, a private terminal at LAX that is only 70 footsteps to the plane. Members don’t have to wait in crowded lines because private TSA screening is done in the building. Staff also handles ticketing and luggage. Guests spend their pre-flight time in private suites, each with its own bathroom, food service pantry, a two-person daybed and a runway view of arriving and departing aircraft.

When it’s time to board, guests are driven in a BMW 7 Series sedan across the tarmac, Head-of-State style directly to their aircraft, and is now available to all passengers into LAX. The cost for an annual membership fee starts at US$4,500.

“With this pass, you can bypass queues for all rides and attractions,” said Dennis Quinn, Senior Vice President of Sales for Universal Studios, Hollywood.

“We also have a VIP experience where you have a personal Tour Guide with you throughout the day. It has an arrivals lounge that you can access anytime during your visit, and it includes a gourmet lunch,” he said.

There are elements on the VIP tour that regular visitors don’t get to see, such as entry to the backlot and soundstages where famous films have been made. The VIP Experience starts at US$349 per person.

“We have one of the highest mixed penetrations of the Universal Express Pass and VIP experience from Australia and I give credit to the Australian travel trade for its success,” added Quinn.

Secure your table now for RSSC’s Anticipate the Journey Events

The Walshe Group visits AlUla – here’s what they… 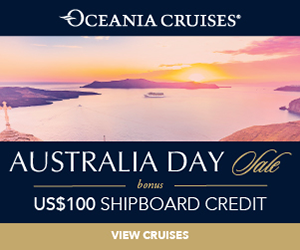