First of 28 A350-900 aircraft delivered to French carrier

Air France has taken delivery of its first Airbus A350 at the Airbus delivery centre in Toulouse. The aircraft is equipped with 324 seats, with 34 in the Business cabin, 24 in Premium Economy and 266 in Economy.

Air France’s Airbus A350 will make its first commercial flight on 7 October and it will be gradually deployed to six destinations in 2020 from Paris to Toronto, Seoul, Bangkok, Bamako, Abidjan and Cairo.

“The arrival of this first A350 marks a new phase in Air France’s fleet modernisation strategy. Within 5 years, more than half of the company’s fleet will be made up of new-generation aircraft!” said Air France CEO Anne Rigail.

The environmentally friendly aircraft consumes 25% less fuel (i.e. 2.5 litres per passenger/100 km) thanks to the incorporation of materials which are up to 67% lighter – 53% composites and 14% titanium. In addition, its noise footprint is reduced by 40%.

Air France partially powered the Airbus A350 ferry flight between Toulouse and Paris-Charles de Gaulle with biofuel. This initiative underlines the importance of biofuel for the aviation sector and Air France’s commitment to contributing to its development.

To mark the occasion, Air France has returned to its tradition of naming its aircraft. After consulting its staff, the company has decided to celebrate emblematic French cities. This first A350 will be named Toulouse by Anne-Marie Couderc, Chair of Air France-KLM.

Air France partially powered the Airbus A350 ferry flight between Toulouse and Paris-Charles de Gaulle with biofuel. This initiative underlines the importance of biofuel for the aviation sector and Air France’s commitment to contributing to its development.

In Business, the seat turns into a real 2-metre-long lie-flat bed, guaranteeing passengers a restful sleep. The new 18.5-inch HD touchscreen offers access to more than 1,400 hours of entertainment including movies, music, podcasts and more. Alone or with a travel companion, the new configuration of this chic and elegant cabin adapts to how passengers wish to travel. They can choose between a shared travel experience or optimum privacy thanks to a removable partition wall. 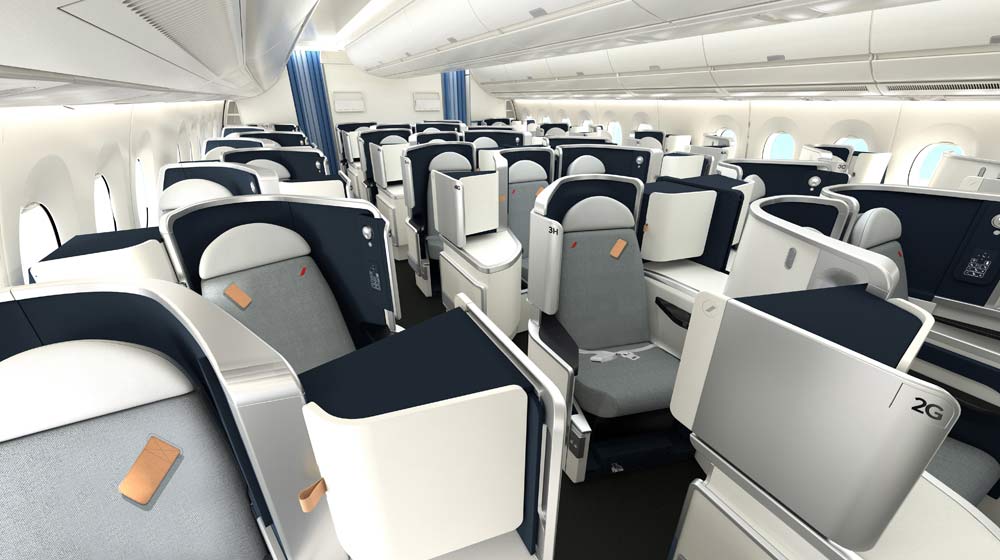 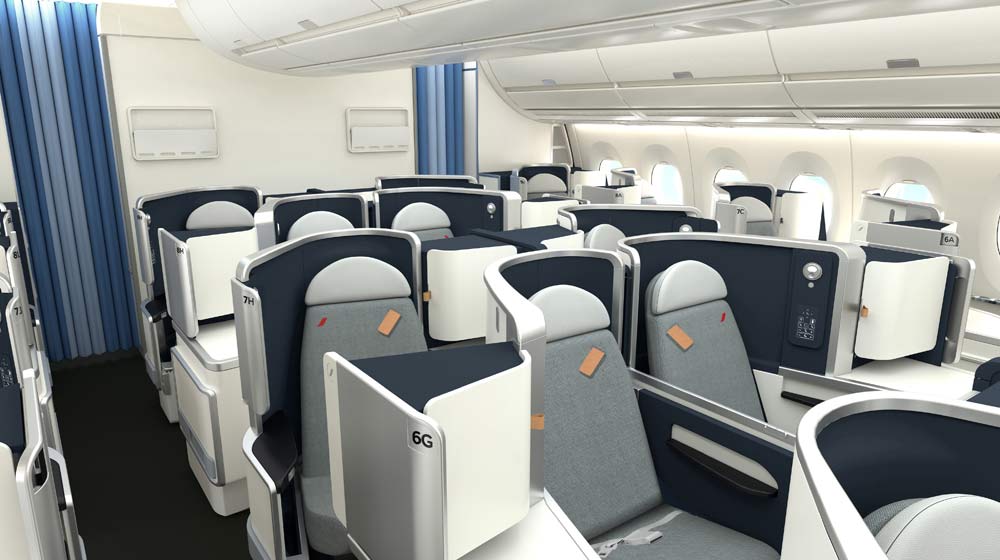 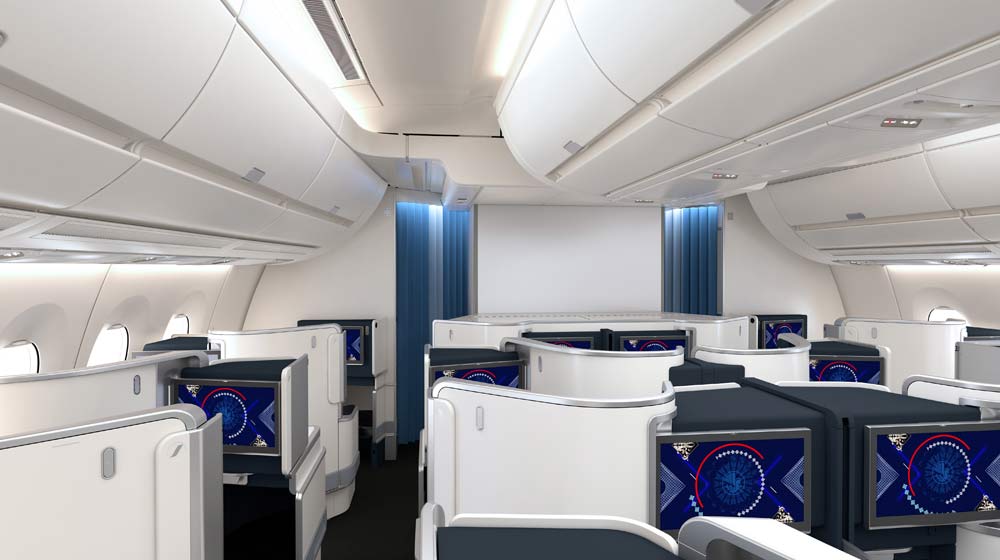 In Premium Economy, the brand new “Recliner” seat is 48 centimetre wide and reclines to 124 degrees. Customers enjoy a 96 centimetre seat pitch to stretch out their legs and a 13.3-inch HD touchscreen. For optimum relaxation, a pillow and a duvet are available for passengers.

In Economy, the seat has been redesigned for even more comfort, with a reinforced ergonomic seat cushion, a 118 degree seat recline, as well as a 79 centimetre seat pitch.  The best in-flight entertainment programmes can be found on the 11.6-inch HD touchscreen giving access to more than 1,400 hours of entertainment including movies, music, podcasts and more.

Destinations to be served by Airbus A350