The Old Clare Hotel in Sydney has opened its newly renovated wing of guest rooms, ushering in a refreshed direction and even more variety for guests. The light-filled north wing of the hotel, previously home to Silvereye restaurant, has been transformed into seven Art Deco rooms, welcoming a third variety to the hotel’s existing industrial and contemporary rooms.

The Old Clare Hotel, which opened in 2015, is the vision of hotelier Loh Lik Peng, who transformed the former pub and the Carlton United Breweries administration building into a contemporary Chippendale hotel and cultural hub that has become a key landmark for the inner-Sydney suburb.

Peng and General Manager Timo Bures worked on the new wing with the personality of the hotel in mind.

“These rooms add another layer to the hotel, and a new experience for our guests. They are a base for exploring Sydney that feels luxurious, but still embraces the city itself,” says Peng. “We never erase a layer of history from the hotel, instead focusing on enhancing features that embrace the space and Sydney’s culture, and then add our own stories to each room.”

The blackbutt timber floors feature banquettes and Rag and Bone Man lamps of Silvereye restaurant remain in the rooms. New features such as custom Arietti stonework and cast iron bathtubs in each room show the same design precision and obsessive attention to detail already found throughout the hotel. Original Art Deco pelmets frame views of Kensington Street and Broadway, bringing in a sense of place depending on the room’s aspect, which feels uniquely Sydney and luxurious, yet filled with character. 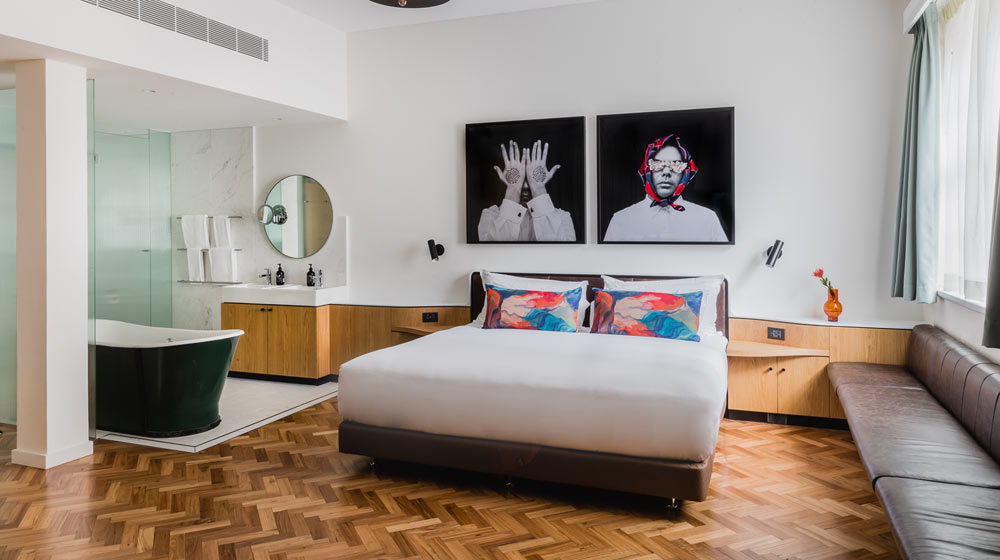 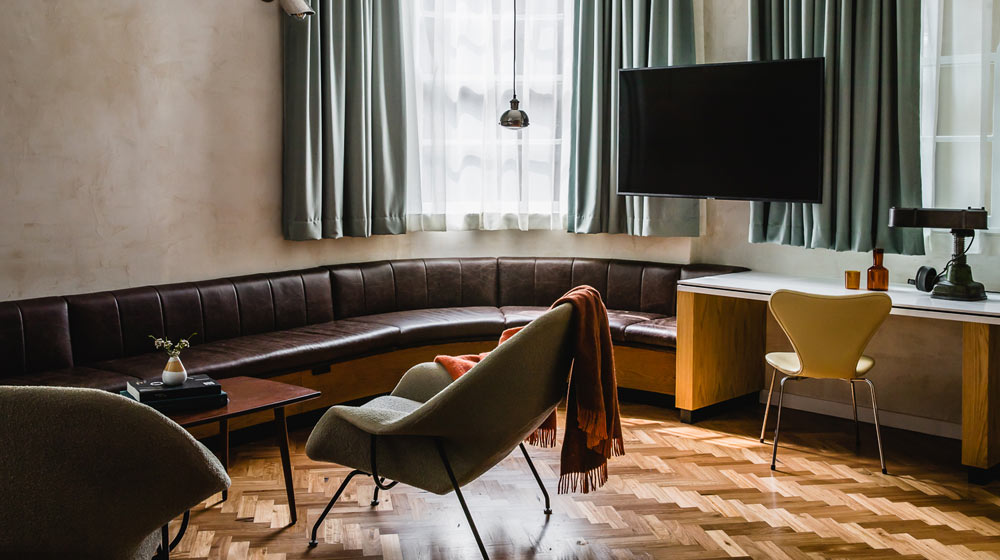 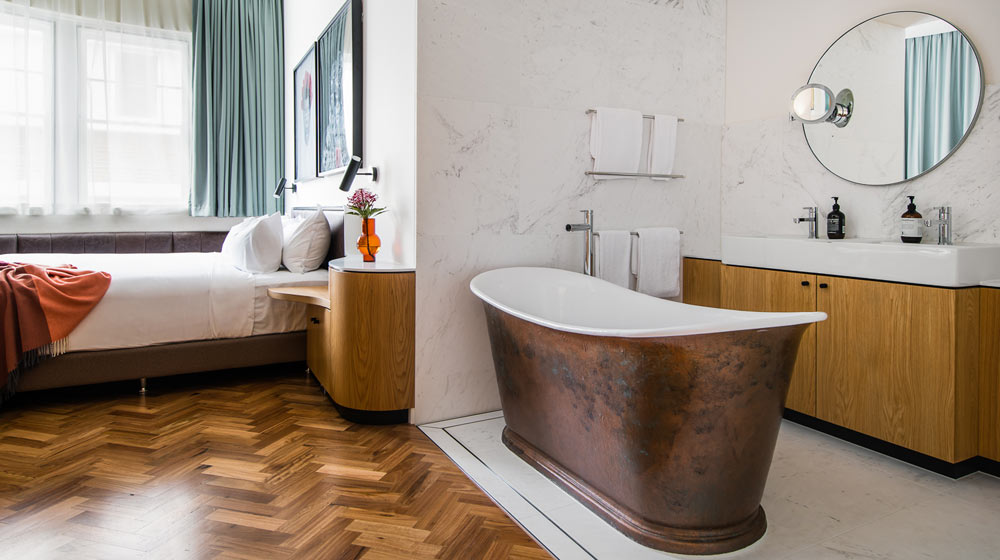 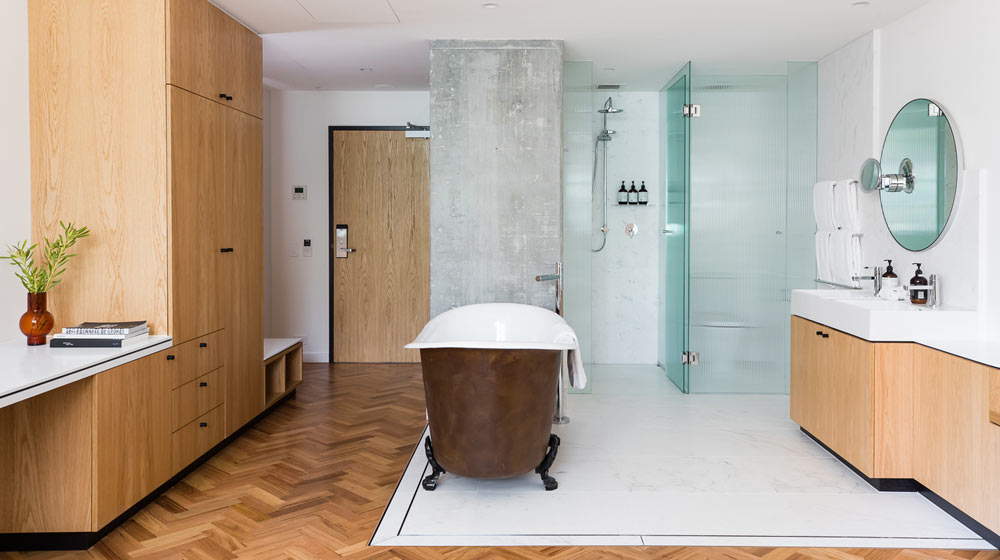 The recent expansion has meant the hotel’s existing 62 rooms have been revisited too.

“The new wing has given us an opportunity to rethink a lot of what we do here at The Old Clare Hotel,” says Bures. “We approached the project with as much research and exploration as if it was a new hotel in itself, adding more options for our guests. The result of this process not only shows in the new rooms, but has also carried through into the rest of the hotel to enhance the experience.”

The Domaine des Etangs, a 5-star hotel in the French…