The Collection makes its grand debut with Parisian mansion

Hôtel Particulier Villeroy has links to the Villeroy & Boch family

The Collection has this month opened Hôtel Particulier Villeroy, an exclusive Parisian hotel located in the prestigious Golden Triangle, setting a new standard of luxury and service in the French capital.

The luxury property features only 11 contemporary and elegant guest apartments, suites and rooms. It is the first hotel from The Collection – a unique portfolio of landmark and statement villas, private residences and hotels in the world’s top retreat destinations, including Saint-Jean-Cap-Ferrat, Saint Barths, Courchevel, London and now Paris. Future projects are also earmarked for New York and Los Angeles.

Hôtel Particulier Villeroy is located on Rue Jean Goujon in Paris’ chic 8th arrondissement next to Avenue Montaigne and Avenue George V, home to the most renowned luxury fashion and jewellery houses. The building in which the hotel sits was once a private mansion, dating back to 1908. It is now listed as a Monument Historique and has undergone extensive renovations to create an intimate boutique hotel, offering guests an experience of service, warmth, comfort and amenities that elude many of the finest hotels.

The hotwl was built in 1908 for Maurice Villeroy, a member of one of the founding families of Villeroy & Boch. In 1914, when Maurice Villeroy died, the property was passed down to his son until it was seized during the First World War and then sold to a real estate company in 1922. In 2016, private investment and real estate management company Wainbridge acquired the building with the intention to transform it into a luxury hotel.

The mansion was listed as a Historic Monument in 2014 and many of the original features have been carefully restored during the renovations. There are 11 apartments, suites and rooms, which are located on the mezzanine, first, second and third floors, and each has a specific layout that allows guest to privatise a floor or even exclusively reserve the entire hotel.

While in keeping with the original features of the mansion, there are also modern Parisian touches, such as Calacatta marble fireplaces, ornate cast-iron railings on the stairway and a sophisticated colour palette of natural tones, relishing the building’s expansive layout and high ceilings. The apartments also feature marble walls in the bathrooms, open-plan kitchens with marble islands. Bespoke furniture has been made for the hotel by luxury Italian design firm Promemoria, each piece designed to complement the layout, colours and materials. 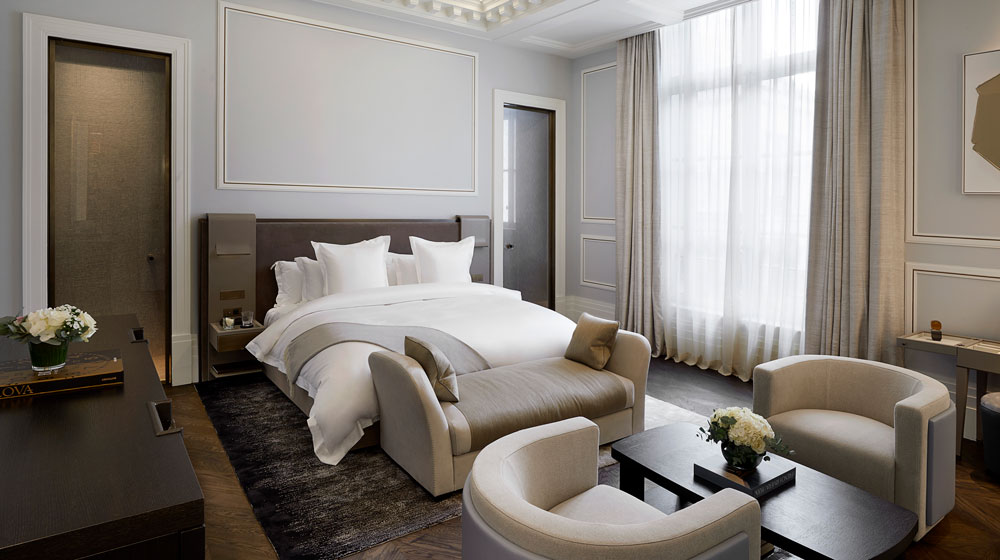 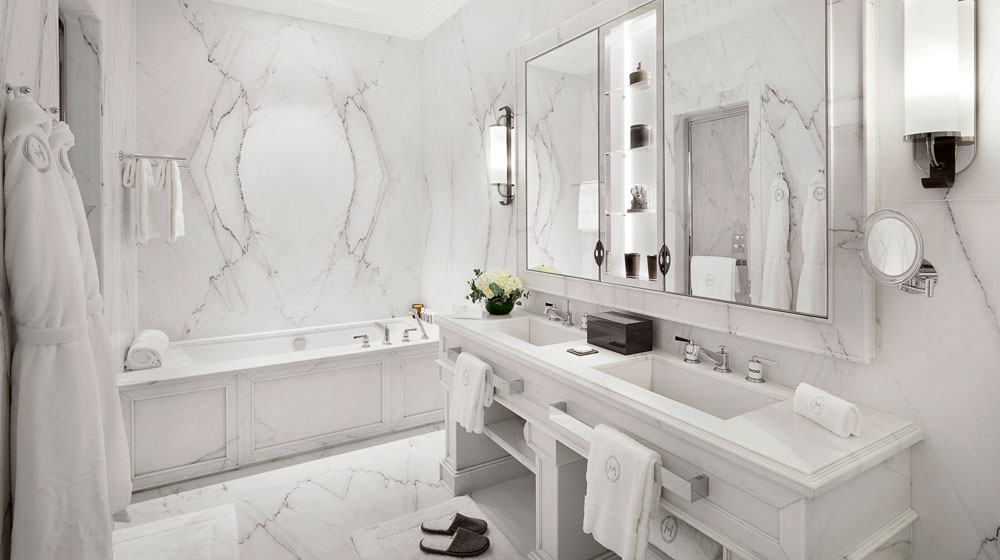 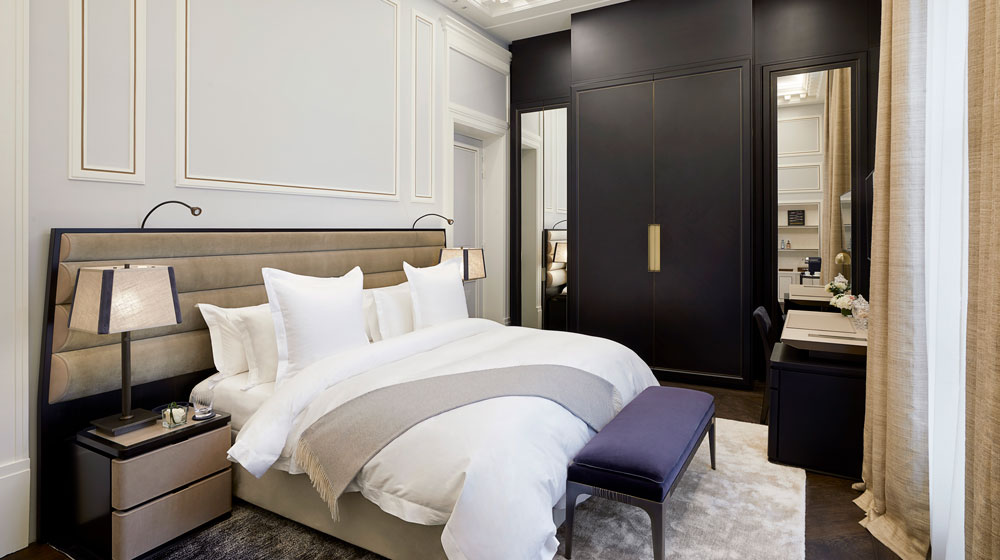 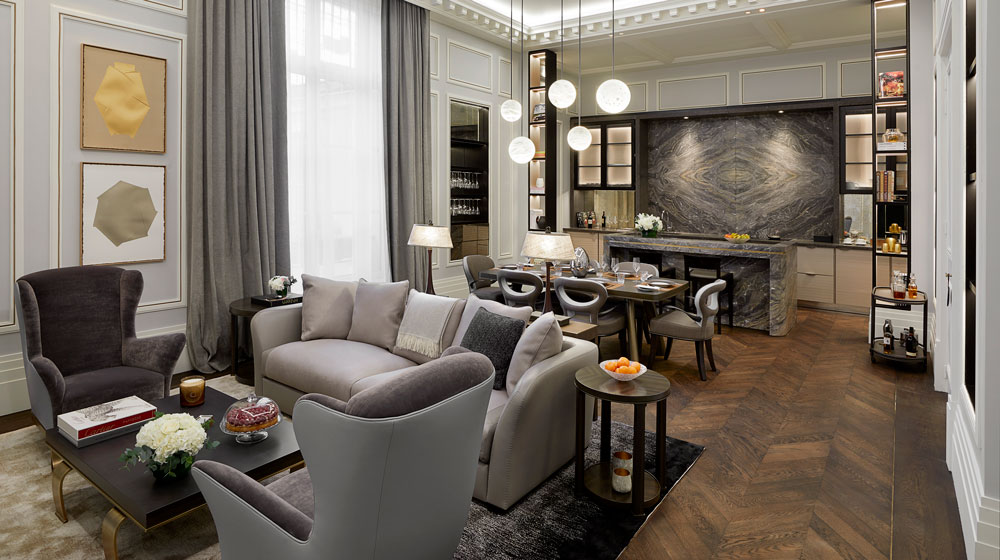 Apartment L’Empyrée (meaning the highest point of Paradise) is the luxurious Penthouse of Hôtel Particulier Villeroy. Spanning 110 square metres, it is the ideal home for a long stay in Paris. It features a king-sized bed, marble bathroom, large living area with open-plan kitchen, dining room and living room with a majestic fireplace carved out of Calacatta marble. It is possible to privatise the entire third floor by connecting the Empyrée Apartment with Premier Suite Céleste (48 square metres) and Ardor Premier Bedroom (28 square metres) to create an impressively spacious 225-square-metre home away from home.

The hotel has a dedicated team of highly experienced butlers who act as personal assistants and concierges to take care of every guest need, offering an unmatched level of service in the city.

Mary Gostelow is emotionally awed by the Negev Desert

Nov 29, 2022
Prev Next 1 of 2,164
Tweets by LATTEluxurynews
Subscribe to the LATTE enews
Enquiries

Oetker Collection makes a move on the US market