The new Four Seasons Hotel Madrid is now confirming reservations for arrivals beginning 15 May, 2020. The relaunch comes after a seven-year reconceptualisation and meticulous restoration of a collection of seven historic buildings that make up the property.

In this pedestrian-friendly city, most of the main points of interest are within a 20-minute walk, including the 125 hectare Retiro Park with its incredible Glass Palace and endless pathways amid trees, fountains and ponds. Three of the world’s best museums – the Prado, the Thyssen-Bornemisza and the Museo Nacional Centro de Arte Reina Sofía – form a Golden Triangle in the neighbourhood around Four Seasons.

Four Seasons Hotel Madrid guests may choose from 200 rooms and suites – among them is a triangular Royal Suite with double-height ceilings and numerous historic details. 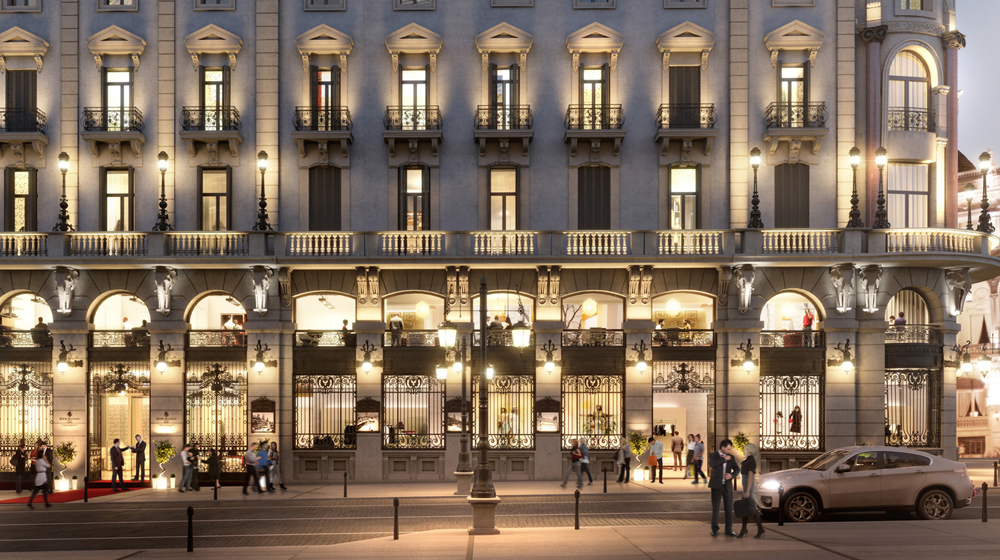 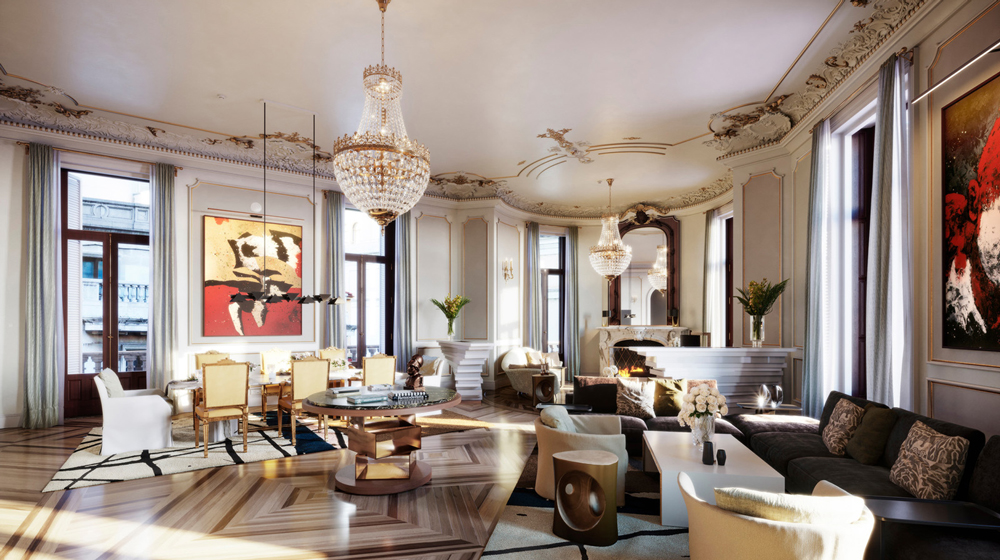 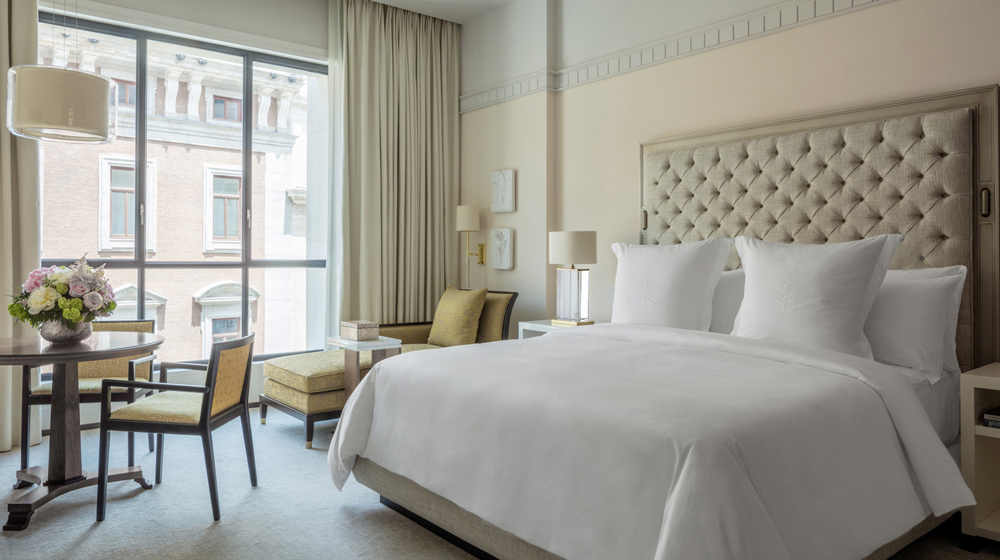 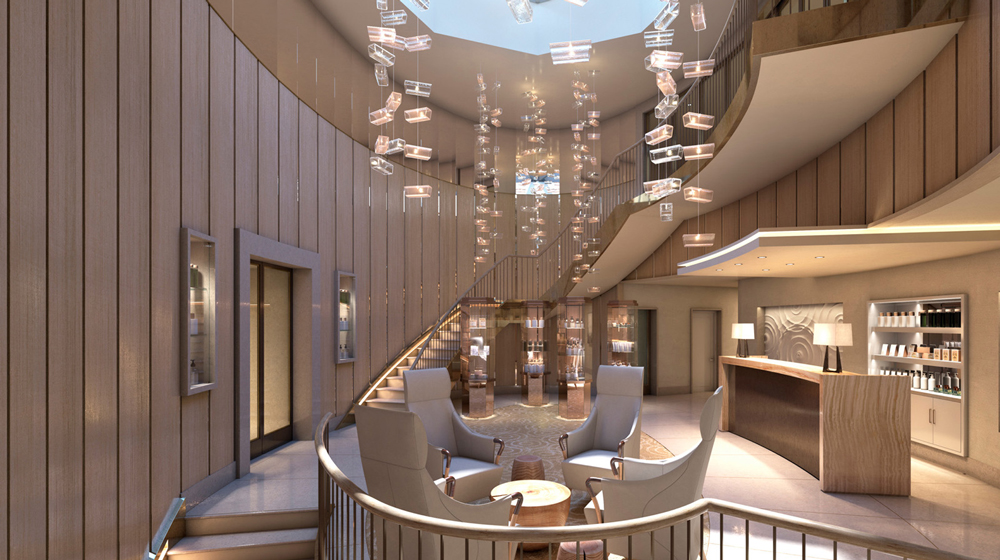 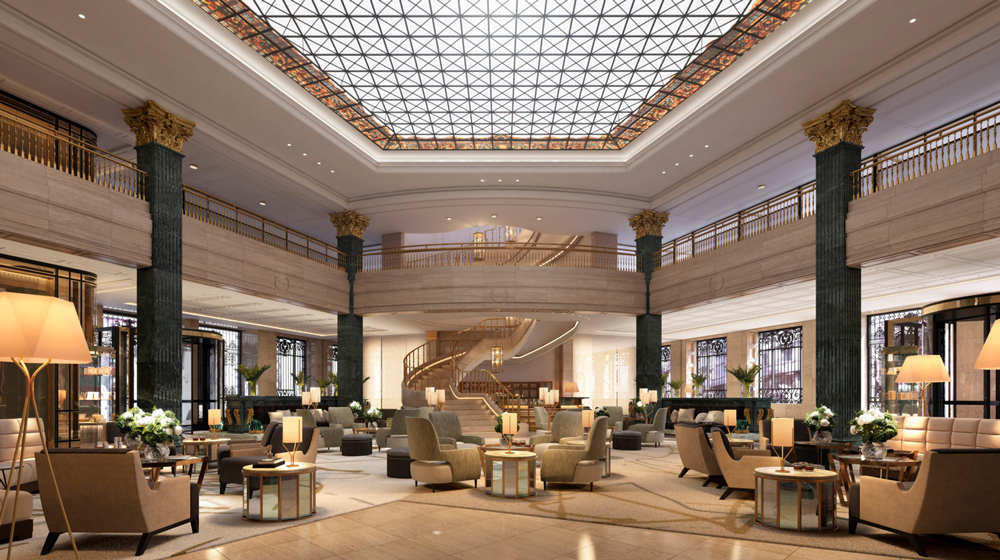 A four-level spa retreat capped by a sky-lit indoor pool and sun terrace looking out across Madrid’s rooftops offers the largest spa in the city, and has eight treatment rooms plus a salon and 24/7 fitness centre.

At Four Seasons, Spanish celebrity Chef Dani Garcia will unveil Dani, a new dining concept from the three-Michelin-starred chef, with an unmatched rooftop setting envisioned by acclaimed London- and New York-based designer Martin Brudnizki. Expect a bright and vivid brasserie with a sophisticated touch, where locals and international guests will come together to savour Andalusian cuisine and panoramic views throughout the day and evening, both indoors and out in the sunshine on the terrace.

A gastrobar will continue to move forward the tapas trend that began in Spain, adding modern Asian flavours paired with cutting-edge cocktails in a space created by global design studio AvroKO. Adjacent to the Hotel’s bustling lobby, an open area bar and lounge will be the ideal place to meet, drink and relax during a busy day of work or play in the city.

Nightly rates for a Superior Courtyard Room at Four Seasons Hotel Madrid are approximately €750 per room.