Mary Gostelow joins in the celebrations at Claridge’s

Now the world is re-opening, time for celebration. All the more reason to hop on a plane, even long-haul. The UK is making the most of the official celebrations of The Queen’s Platinum Jubilee and why not forget politics and join in? The street parties will be over the 4-5 June weekend but lots of stuff lasts longer.

On 10th November 1987 Queen Elizabeth II and The Duke of Edinburgh celebrated their ruby wedding at Claridge’s. There’s a long association with royalty here.

Prince Philip’s Greek relations, plus the Kings of Norway and Yugoslavia, camped out at Claridge’s during WWII – Winston Churchill temporarily declared suite 212 to be Yugoslav territory so that the future Crown Prince Alexander I could be born ‘on native soil’.

Nothing is too much trouble for the owners and operators of this stylish 180-room hotel, named for its 19th century founders William and Marianne Claridge. Need more space? Excavate far below Brook Street to install a pool, and more. Add floors above, for additional suites.

Book a Garbo facial or a Bogey & Bacall treatment, Champagne included. Breakfast under a 1966 photo of John Houston, in the Reading Room’s stage set of Basil Ionides ceiling-high columns, Chihuly chandeliers over.

Enjoy crispy scampi and beetroot tartar, with a Pineau de Charentes and peach Almost Bellini, in the Painter’s Bar. Until late 2021, explains Claridge’s MD Paul Jackson – an Aussie-Brit whose career included Mandarin Orientals in Asia – the Painter’s Bar was a quirky corridor. Then along came designer Bryan O‘Sullivan, who waved his wand and used as much pink paint as possible, Annie Morris added back-lit art wall, and someone added hip-hop remixes, French electro-pop and jazz.

It was Spencer Tracy, some years before all this, who declared he’d rather go to Claridge’s than to heaven. 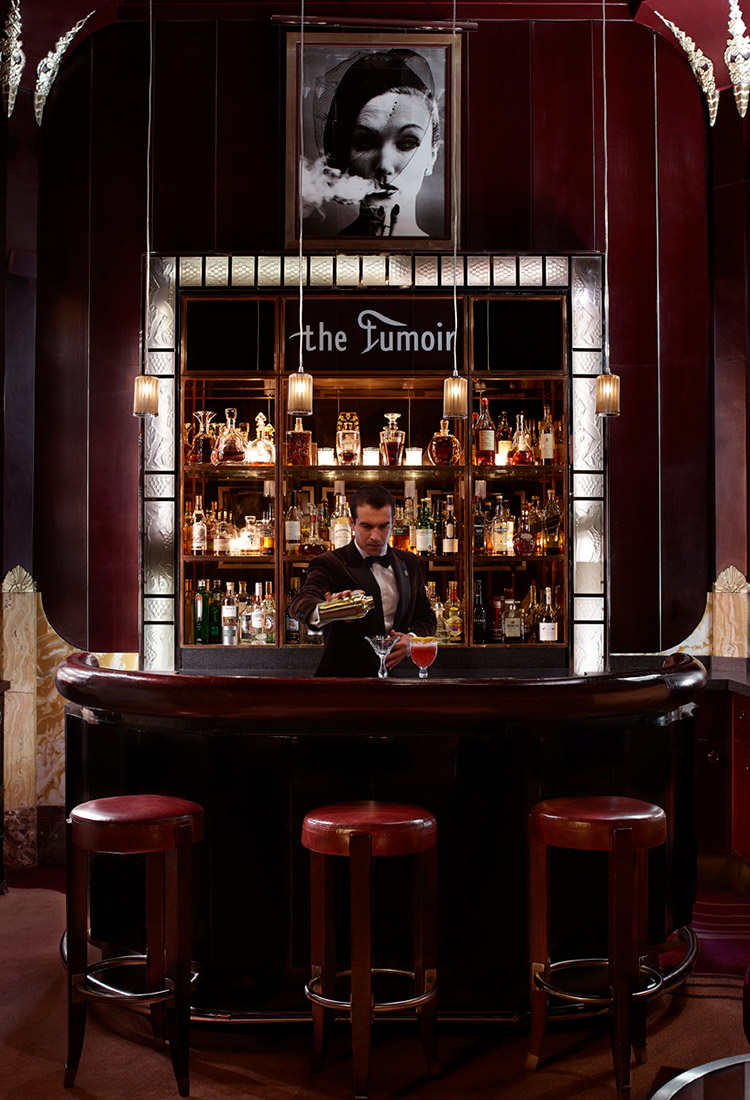 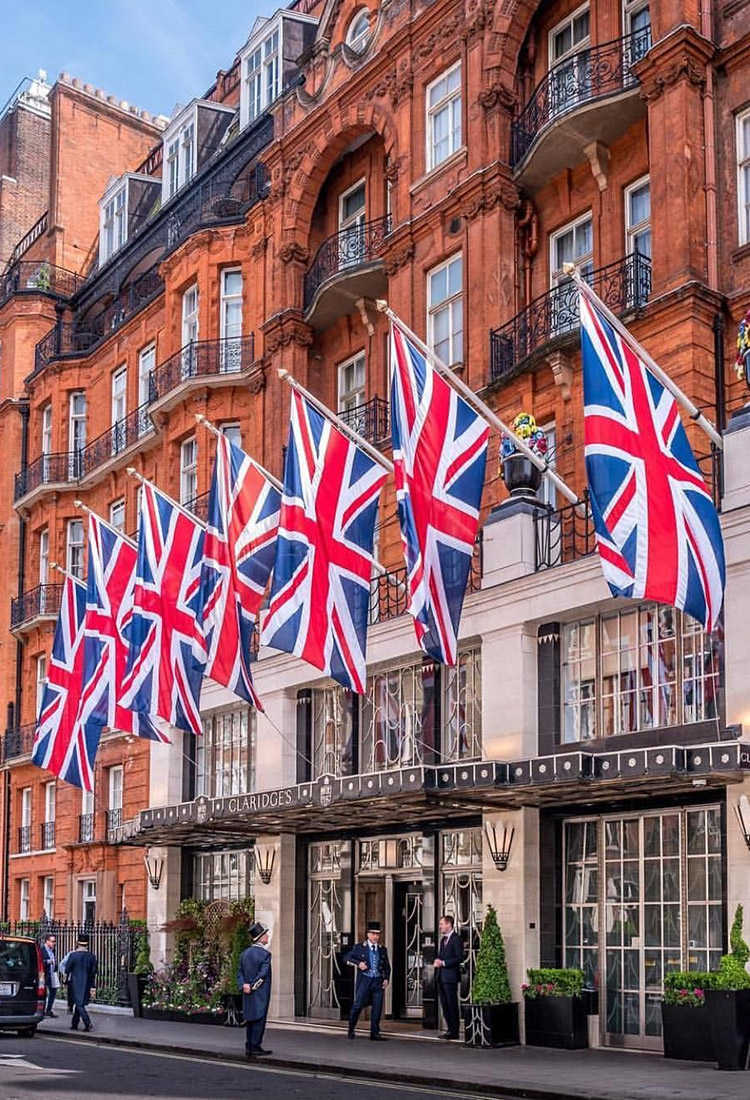 Waldorf Astoria opens its doors in the US capital