“It allows us to always have access to the newest ships in the right destinations. It keeps us from having to absorb costs of repositioning and enables us to flex capacity based on where we see demand and the itineraries that we want to focus on,” Spivak told LATTE.

Tauck – which was this month recognised by Travel + Leisure in its annual ‘Best’ River Cruise category of 2022 (in second place) – has four ‘Jewel’ class ships (up to 92 passengers), four ‘Inspire’ class ships (up to 140 passengers) that it operates on the Seine, Rhone, Rhine and Danube, and the smaller 84-passenger Andorinha, which launched last year on the Douro.

The company also charters a number of vessels for its Small Ship program from the likes of PONANT, Silversea, Wind Star and other brands.

“The great thing about that is Tauck handles all of the land arrangements as if it’s a Tauck tour and you’re floating hotel is one one of these wonderful ships on the sea. Guests still get the incredibly immersive destination experience that Tauck is known for, but the vessel fits the destination,” he said.

On the rivers, Spivak said there are limited cabins and suites available for Tauck’s 2022 season, but the Douro is “totally full” and sailings in France are near capacity.

“We have some space in the Mediterranean and Aegean on some of our small ship cruises but the demand this year is just incredible,” he said.

With demand so strong for 2022, LATTE quizzed Spivak if Tauck had mulled a fleet expansion and possible interest in the Crystal River Cruise fleet of five ships that is on the market.

His response returned to the “asset light” brand focus.

“It’s a good model for us because when times are good, we can add capacity, and when we have a downturn, when there is a crisis, we’re not making difficult decisions about people based on hardware. Certainly, we learned we learned that lesson during World War II, we learned it during post 9/11. We learned it during the economic crisis of the mid-2000s. And obviously during COVID. The approach, to have that asset-light orientation, served us very well.”

Seemingly avoiding a straight response to the question, LATTE reiterated if Crystal’s river fleet of ready-to-go river ships in Europe was a consideration?

“It was a very longwinded response. But no. We have no interest,” Spivak remarked.

All eyes on Vegas as luxury travel comes to town 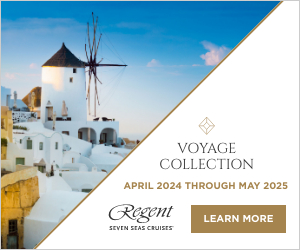 Tauck reprises and expands Eves’ role Down Under